The rowing competition, one of the first sports to get under way, started early on Saturday with a morning full of scull heats and demonstrated why rowing is one of the more challenging sports productions: the coverage features a wide variety of specialty cameras, including a point-to-point cable system spanning 2 km across Rodrigo de Freitas Lagoon. 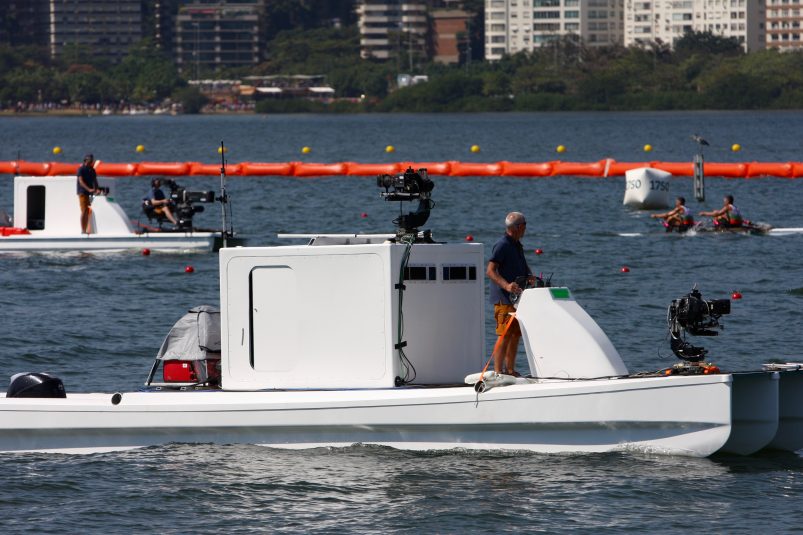 The camera on this boat is tied to an on-board EVS system that is clipping high-speed shots and transporting them to shore via RF.

Coverage from the shore is provided by eight handheld cameras and 12 hard-wired camera, including a super-slow-motion system near the finish line. Aerial coverage is provided by a drone flying alongside the course over the lagoon (and far from spectators) as well as the Camcat cable system. 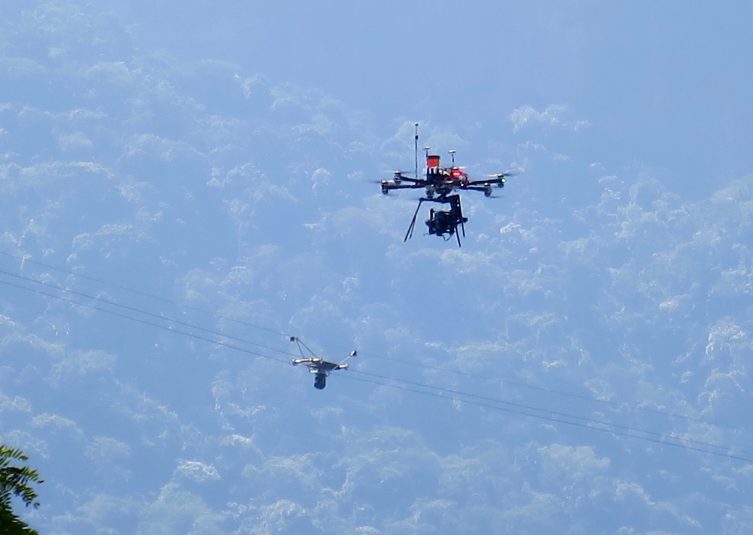 The rowing events at the Olympics have two forms of aerial coverage: a Camcat cable cam and a drone.

For a gallery of photos taken from Lagoa Stadium, click here.