Will 2016 Summer Olympics prove to be watershed moment in industry’s perception of live-viewing habits?

By Brandon Costa, Director of Digital
Wednesday, September 7, 2016 - 6:31 am
Print This Story | Subscribe

NBC Olympics’ coverage of the Summer Games in Rio has been the subject of much industry analysis since the cauldron was extinguished late last month. Although Nielsen numbers showed a 15% drop in linear-television ratings for NBC Sports, the network assured the industry that streaming numbers were through the roof. Now the final numbers are in. 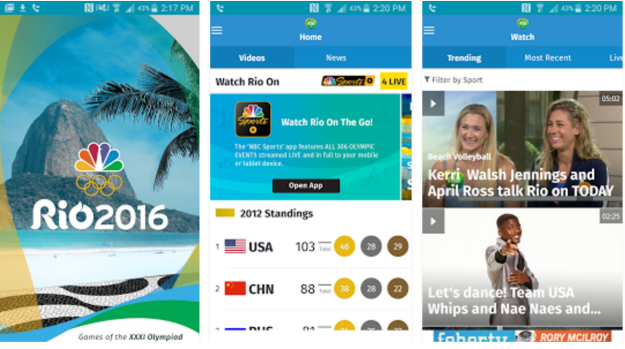 According to an official report from Akamai Technologies — NBC Olympics’ online-video-streaming–, website–, and video-delivery–solutions provider — NBC’s coverage of Rio 2016 racked up a record-setting 3.3 billion total streaming minutes, 2.71 billion of which were live-streaming. Akamai is also reporting that approximately 100 million unique users consumed Olympics coverage on an NBC Digital platform over the 19 days of the event.

Those numbers make Rio 2016 the most live-streamed media event in U.S. history — and by a sizable margin. As expected, the numbers throttled the equivalent numbers from the 2012 London Olympics, where NBC clocked in just over 1.2 billion streaming minutes, with 816 million live-streaming minutes. The previous industry benchmark, however, was the 2014 FIFA World Cup, for which ESPN reported 2.6 billion live minutes of live match viewing for all 64 matches of the competition.

What potentially makes Rio 2016 a watershed moment is that, when ESPN was breaking streaming records with the World Cup two summers ago, it was simultaneously setting linear-television records for soccer viewership — meaning tjat the rise in streaming coincided with the rise in popularity of the sport. With the Olympics, NBC Sports already held a property with a rich history of linear-television success and saw those linear-television ratings dip — even at a Games in a favorable time zone. That means one of two things: either fewer people watched the Olympics than ever before (few would argue this) or as many or more people watched, but in new ways.

On the back end of all this streaming talk is NBC Olympics’ use of Akamai Technologies’ Media Delivery and Acceleration Services to stream live and on-demand video of its coverage through NBCOlympics.com, the NBC Sports mobile app, and connected-TV platforms. Akamai has been the power behind many of the largest live-streamed events, including the 2014 FIFA World Cup. Akamai’s ingest capabilities played a role in the workflow, enabling the thousands of hours of content to be downlinked to and delivered across its platform at the highest possible quality. 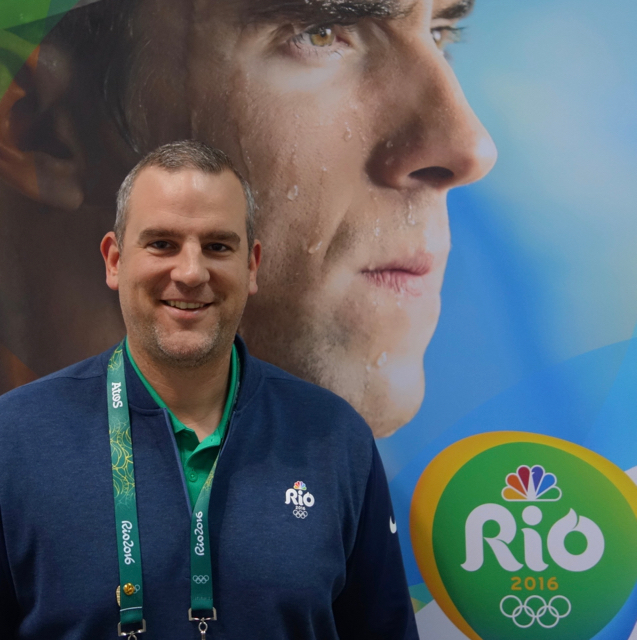 Rick Cordella of NBC Olympics says the digital consumption via connected devices was an amazing success.

“The combination of NBC Olympics content and Akamai’s online-video-delivery technology helped set the stage for what was an unprecedented level of digital coverage from Rio,” Rick Cordella, EVP/GM, digital media, NBC Sports Group, says in an official release. “We not only set new benchmarks for the amount of content delivered; we also, for the first time, live-streamed to connected TVs and introduced virtual-reality experiences, all of which provided viewers with more choice than ever for how, when, and where they were able to enjoy NBC Olympics’ coverage from Rio.”

“Akamai is proud of our longstanding partnership with NBC Olympics as it continues to innovate in its presentation of many of sport’s seminal events, including the Rio Olympics — the single largest live sporting event that Akamai has helped deliver,” says Bill Wheaton, EVP/GM, Media Division, Akamai. “The Games featured live streaming to connected-TV platforms, marking the evolution of streaming to support large-format living-room displays along with record consumption by online audiences taking advantage of both primary and secondary screens.”