Fans tuning into ESPN’s NBA coverage this season will find a whole new look and feel to the 15-year-old property, thanks to a revamped insert and animation package and a remixed theme song.

“We didn’t want to completely abandon the equity that we had in the theme, so we just kind of brightened up the horns a little bit and gave it a little bit of a different feel. But it still has the same hook,” says Tim Corrigan, senior coordinating producer, NBA on ESPN. “From an animation standpoint, it’s really clean. What we wanted to do is make the league, the teams, and the players the starring element.” 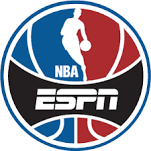 Working with Big Block in El Segundo, CA, ESPN’s Creative Services team set out to give the animation and inserts a more “luxurious” feel by creating a cleaner, more streamlined look and scaling down some of the team logos and wordmarks and making the numbers larger and more readable. The on-screen dashboard — which displays time, score, and stats for the duration of the game – will be slightly larger and wider.

“It’s a cleaner, easier read,” Corrigan notes. “At the end of the day, you want people to sit down, get the information they want immediately, and then be able to enjoy the broadcast from that point on.”

This season, ESPN will carry more than 100 regular-season NBA games, the most in the network’s 15 years of NBA coverage. The schedule comprises 82 games on ESPN, including a number of Wednesday- and Friday-night doubleheaders, and 19 games on ABC. From January through April, ABC and ESPN will combine to broadcast NBA games four days a week.

ESPN’s production plans call for a base of eight to 10 cameras per game, but that can be scaled up depending on the matchup: for example, the camera count for ABC’s primetime package will be in the 18- to 20-camera range, and the NBA Finals will have upwards of 30 cameras. ESPN will again rely on NEP and Game Creek Video production trucks.

Corrigan expects that Sony’s new HDC-4800 4K 8X-slo-mo camera, which ESPN debuted during last season’s NBA Finals, will be deployed for selected regular-season games this year. I-MOVIX high-speed cameras also return for the network’s signature through-the-backboard shot. However, he adds, the emphasis isn’t as much on the cameras themselves as on where those cameras can be deployed and what kind of unique content they can capture.

“How do we bring viewers closer to the game, closer to the court? We always have that as our [goal], and as cameras become leaner and sleeker and more powerful, it’s going to allow us to do that,” says Corrigan. “But we’re constantly testing and trying to learn.”

One element that is not expected to return this season is the Virtual 3 line. After introducing it in the middle of last season, ESPN determined that the line did not add to fans’ experience and enjoyment of the game. Part of the concern, says Corrigan, was that viewers naturally follow the ball towards the basket and, lighting up behind the natural line of sight, the Virtual 3 line was distracting.

“Like everything else we do, if it doesn’t make the experience better, you shouldn’t do it,” says Corrigan. “I think we found that we like the Virtual 3. I don’t think it hurt [the broadcast], but I’m not sure it necessarily made it better, and so we’re going to step away from that.”

ESPN’s coverage of the NBA tips off next Wednesday with a doubleheader: the Oklahoma City Thunder against the Philadelphia 76ers followed by the Los Angeles Lakers versus the Houston Rockets.

And, although folks on the East Coast have barely taken out their jackets and sweaters, Corrigan and his team already have their sights on Christmas Day, the biggest day on the NBA’s regular-season calendar. More than 13 continuous hours of NBA coverage will play out across ABC, ESPN, and WatchESPN, highlighted by an NBA Finals rematch between Golden State and Cleveland at 2:30 p.m. ET.

“Christmas Day is one of the tentpoles for us … and, with the Warriors and Cavs meeting at 2:30 on ABC, that’s just going to be an absolute blockbuster,” says Corrigan. “I think people who are passionate NBA fans can’t wait for this and people who may not be strong NBA fans are, like, ‘I gotta see this rematch, this is unbelievable.’ So we’re definitely giving that some thought now.”