Chesapeake, Yogi also are slated to hit the road soon

It’s been a busy few months in New Hampshire for Game Creek Video. The remote-production-services provider’s integration and design teams are hard at work on three builds that will help both new and existing clients embrace new workflows and will also lay the groundwork for future needs. First up is Nitro, which will serve as the home for the National Hot Rod Association’s 2017 production team, which revs into action the weekend of Feb. 9. 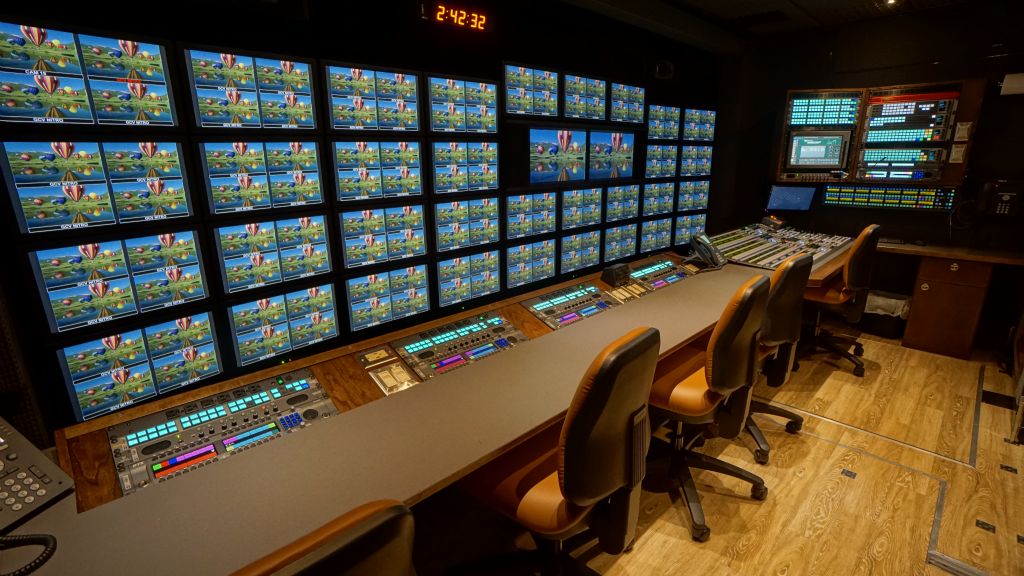 The front bench in the Nitro A unit

“From our point of view, NHRA has a compact production that has a lot of stuff going on in a short amount of time,” says Jason Taubman, VP, design and new technology, Game Creek Video. “So they need to be nimble for a main production that spans multiple days and requires material to be banked and then played back.”

Nitro consists of a double-expando A unit (recommended working area is 64 x 24 ft.), housing the main production team, and a non-expanding B unit, housing a production team focused on the in-venue production, an audio submix area, and the equivalent of a master-control area for playout of previously recorded events. In the past, those activities required two separate trucks.

The A unit will bring a new layout to the NHRA production: the front bench is along the side of the truck rather than facing the end of it. On board are a Grass Valley Kayenne K-Frame production switcher, Calrec Artemis audio console, Evertz EQX baseband video router and EMR audio router, Boland video monitors (in both units), EVS XT3 replay servers, and Sony HDC-2500 cameras.

“Also, with Nitro, we are deploying RTS OMNEO intercom for the first time, with all the internal key panels now IP, thanks to the RTS KP5032 and KP4015,” says Taubman. OMNEO uses standard IP Ethernet, allowing it to be assembled into networks of two to 10,000 devices via Audinate’s Dante technology.

NHRA technology executive Mike Rokosa says a move to IP (outside of the intercom) didn’t make sense given the size of the production. And remaining in the baseband world enables reliability to be maintained; also, the production team does not have to get caught up in understanding a new technology. 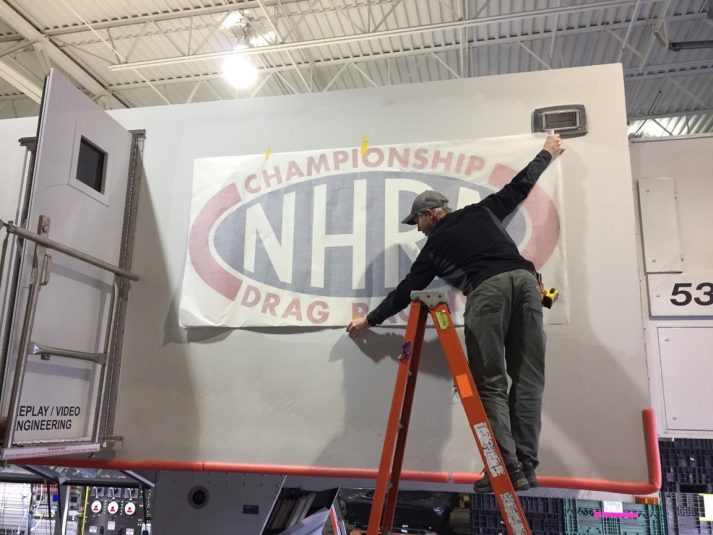 Game Creek Video’s Nitro gets its NHRA wrap for the upcoming season.

One of the new technologies in Nitro B is a Calrec Brio audio console. Rokosa notes that it is a smaller audio console and has access to the audio resources in the A unit (and is available to the Calrec Artemis console).

“That area in the B unit can now produce a second show because it has identical resources available,” he says. “The technical capability is there, and that is pretty exciting.”

Nitro’s B unit is designed to operate in standalone mode or alongside other Game Creek Video trucks as well.

“It has its own audio router, video router, Evertz multiviewer, Kayenne control surface, and the sort of sandbox area that is useful for graphics, replay, and a small engineering area,” says Taubman.

Nitro also has some Marshall POV cameras from Inertia Unlimited that Taubman says are small and disposable, an important consideration when shooting alongside a track with cars hitting speeds of more than 300 mph. Inertia Unlimited provides a single point of control for all those cameras.

Another improvement from last year is that Calrec Hydra boxes will be dropped at strategic locations around the NHRA events to provide audio-signal transport to the truck in the compound via fiber.

Nitro has already been on the road for MLB Network coverage of baseball’s winter meetings and ESPN’s coverage of the College Football National Championship. Its official NHRA duty begins in earnest on Feb. 9 when it begins a couple of days of onsite rehearsals at the Pomona Speedway in Pomona, CA.

“By Friday,” adds Rokosa, “we will be ready for the real product, and we’re confident as it is an extremely well-designed system that is very flexible.”

He expects Nitro to improve the NHRA production by bringing new efficiency, enabling the show to come together much more quickly and making troubleshooting easier.

“It can also adapt more easily to the differences in our shows, and it can grow with us, as it is also 4K-capable,” says Rokosa. “Everything can shift around.”

Taubman points out that Nitro is part of a design lineage that stretches back to the launch of Larkspur in 2013. Last fall, Madison hit the road for MSG Network. He adds that a key left turn in design philosophy occurred last year when Riverhawk was made 4K-capable for MLB Network.

“Having done that,” he says, “we took a step back on some of our other designs and incorporated those changes into our new designs.” 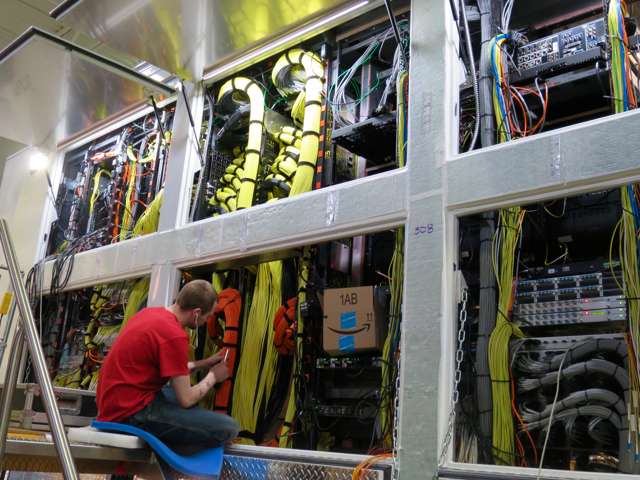 IP was considered briefly for Nitro, but Taubman says that going IP on a midsize truck is difficult because there is no midsize IP router and there is not enough space for a larger router and the related IP gateways. He expects that issue to be resolved when more native IP edge devices roll out.

“The promise of IP,” he says, “is IP-enabled edge devices, like cameras and a switcher, that don’t require the middleware that is used right now.”

Game Creek’s team in New Hampshire is also hard at work on Chesapeake, for MASN, and Yogi, for the YES Network. Chesapeake, a Nitro clone (although the B unit is not as technically sophisticated), will be used by MASN in the Baltimore/Washington market for the upcoming baseball season. Yogi, an IP-based truck, will hit the road for the YES Network and Fox Sports coverage of the World Series.

“Yogi is a big deal for us,” says Taubman. “It’s going to serve three masters: the YES Network, the away team as it can work dual feed, and then, on top of that, the World Series. So, when it came to IP, the question was, if any one of those three things go 4K, the whole infrastructure has to be able to do it on a World Series scale.”