“This agreement is the culmination of years of cultivating our rugby portfolio. It began with U.S. collegiate rugby clubs and now, through this unprecedented agreement, includes the greatest tournaments, teams, players, and coaches in the world,” says Jon Miller, president, programming, NBC Sports Group. “Whether it is men’s or women’s, sevens or 15s, pros or amateurs, rugby fans can rest assured that they will have more access to more premier rugby content than has ever been possible in the U.S.”

NBC Sports Group televised the 2011 and 2015 Rugby World Cups and already had an agreement in place to carry the 2019 edition in Japan. The new deal adds the as-yet-unallocated 2023 tournament to the Peacock’s portfolio. 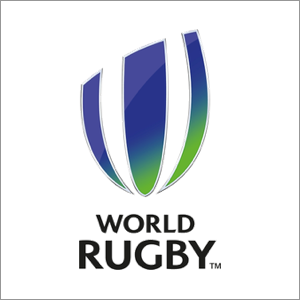 “The USA is one of the fastest-growing markets for rugby participation and fan growth,” says World Rugby Chairman Bill Beaumont. “This exciting and unprecedented deal with one of the world’s most prestigious broadcasters will ensure that more people than ever before in the USA will be able to access the world’s top men’s and women’s 15s and sevens events. NBC will be the destination for rugby in the USA.”

“This deal represents a significant uplift on previous deals in the U.S., reflecting the ever increasing stature of rugby within what is arguably the most competitive commercial marketplace for sport,” adds World Rugby CEO Brett Gosper. “This all-encompassing deal with our friends at NBC is great for fans and great for rugby as we look towards San Francisco’s hosting of Rugby World Cup Sevens in 2018.”

NBC Sports expects to use NBC, NBCSN, The Olympic Channel: Home of Team USA, NBCSports.com, the NBC Sports app, NBC Sports Gold (direct-to-consumer product),  and possibly other platforms to provide more-comprehensive U.S. coverage of the numerous events included in the agreement than ever before.

All rugby sevens events will be presented by The Olympic Channel: Home of Team USA, part of a comprehensive content and distribution partnership formed in 2016 by the IOC, USOC, and NBCUniversal. The centerpiece of the partnership is a U.S. linear cable channel, which will launch this summer. Rugby sevens debuted as an Olympic sport at Rio 2016.