With LiveU technology, broadcasters including CNN, NBC, FOX, CBS, The Weather Channel, Univision, and BBC (among others) were able to share live feeds with stations around the globe – from helicopters, drone, and camera operators on the ground, right from the eye of Irma. The simultaneous use of reporters in multiple locations was also very unique. 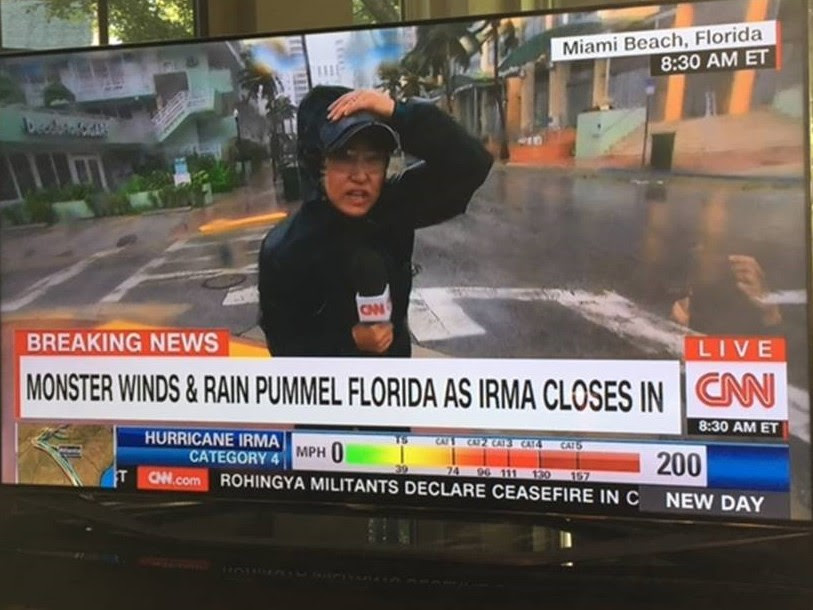 “Our special coverage was possible thanks to LiveU. This technology makes it possible to communicate the events of the hurricane in extreme conditions.”  says Jorge Ramos, Univision

It was unique to able to cover a storm from the epicenter and have so many reporters available for the delivery of capturing it. There would have been no way to cover it with traditional SAT. However, this past week, LiveU saw networks deploying crews in multiple cities giving up-to-the-minute live updates on what they were seeing and experiencing, more live transmissions overall, and longer live transmissions. The cellular infrastructure (cell towers) and cellular bonded technology (LiveU) proved stable in the most extreme conditions.

When LiveU customer and freelance videographer, Joe Vasquez of Vasquez Productions in Texas traveled to Florida to cover Hurricane Irma after covering Hurricane Harvey, he claimed he couldn’t imagine the on-camera talent being a part of the news. Vasquez was able to capture the moments and transmit the feed to NBC Today Show hosts in the studio in New York using LiveU.

With this in mind, NBC Correspondent, Kerry Sanders helped rescue two baby dolphins off the coast while on air this past week.