This year saw the Southeast Asian Games (SEA) Games 29th edition and the 9th edition of the ASEAN Para Games, held at the newly refurbished KL Sports City in Kuala Lumpur from August 19-30. Australia-based Norwest Productions provided the audio for both the Opening and Closing Ceremonies, with DiGiCo SD5s positioned at the Front of House, SD9s deployed for audio patch control and SD8s at the Closing Ceremony’s monitor position. 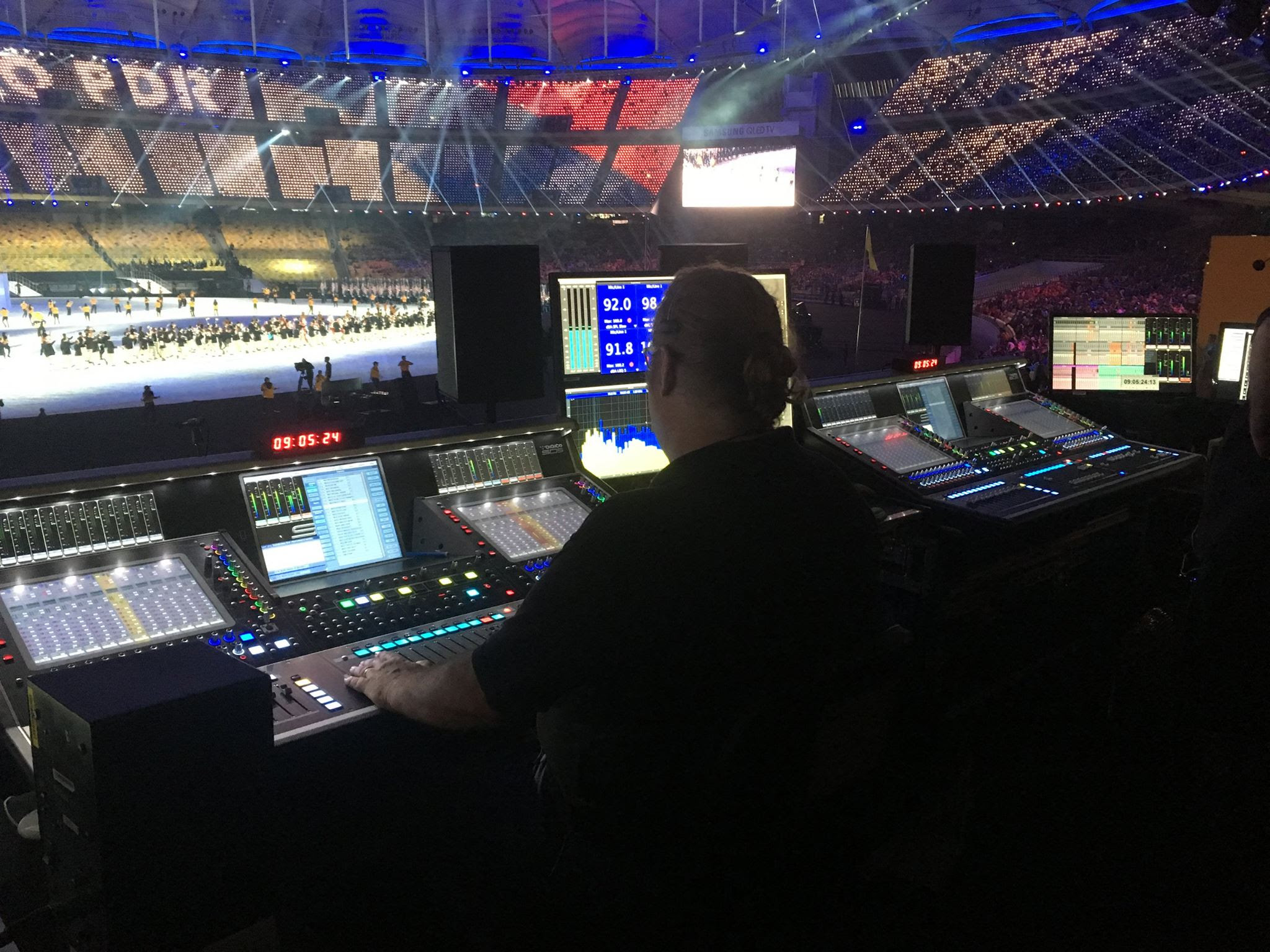 The history of the SEA Games dates back to 1959. Known then as the South East Asian Peninsular Games, it was designed to promote relations between the countries of the Southeast Asian region. Each edition of the biannual event was hosted in a different country and this year it attracted some 4,900 athletes from 11 countries to compete against each other.

“The two SD5s for the FOH were position in the Level 1 seating bowl, with Ian Shapcott expertly mixing,” says Andrew Marsh, Special Projects Manager at Norwest. “We were utilizing the consoles’ MADI I/O ports as well as their Optocore fiber ports and they were mirrored, despite one being on our main network and one being on our backup network. They also provided some of the monitoring duties, like headline artist IEMs and VIP areas, plus they fed the broadcast unit with stems and replay, etc.”

The two-hour Opening Ceremony played to an audience of around 85,000 and was also broadcast live across the region. Hosted by Malaysian entertainers Yasmin Yusof and Raymond Goh, the four-act display showcased Malaysia’s history and culture, as well as celebrating ASEAN unity through song and dance, and culminated in a fireworks show. The Closing Ceremony featured the Malaysian Armed Forces performing Negaraku, the national anthem of Malaysia, followed by a parade of the athletes who had taken part in the Games.

Norwest was introduced to the project by Nick Eltis, Technical Director for entertainment production company Technick, who was consulting on the ceremonies for Memories Entertainment (Malaysia). Norwest was asked to provide a turnkey audio service, from audio design and supply, through to crew and operation of all audio requirements, which included six DiGiCo consoles and an L-Acoustics loudspeaker system, which included 100 Kudo and 48 KS28 cabinets.

Audio patch control utilized two SD9s, operated by patch engineer Ian Cooper to mix program and comms lines to feed Level 2 and Level 3 IEMs for the mass cast. Once again, these were mirrored and used both MADI and Optocore ports.

Due to its live nature, an additional two SD8s – again mirrored and on the main and backup networks – were supplied for monitor duties for the Closing Ceremony, which were operated by John Watterson, who handle all the stage wedge and headline artist IEM monitor duties.

“As usual for these high I/O and complex mixing jobs, DiGiCo consoles presented the greatest flexibility, I/O count and connectivity prowess when compared with all other live mixing consoles,” says Marsh. “And their integration of Optocore technology is unique and extremely powerful. Their mixing functionality and usability over other brands is also a major feature.

“Having a main and backup consoles mirroring one another, whilst not necessarily attached to the same I/O or network, is a unique scenario to these events, and one that DiGiCo consoles helps us achieve more elegantly, and the ability to send feeds to other consoles on the network is a huge advantage.”

“I believe their words were ‘Norwest, the best!’,” Marsh concludes. “And we have had amazingly positive feedback from many other people, including the staff from the production and spectators who came to the ceremonies.”