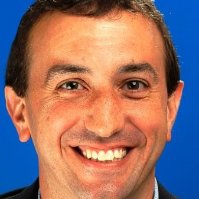 Len Mead has been named as the new GM of NBC Sports Northwest.

“Len is a seasoned programming executive who understands the market and how to best serve our fans,” said David Preschlack, President, NBC Sports Regional Networks and Platform and Content Strategy for NBC Sports Group. “We look forward to his expertise, forward thinking and leadership to propel our growth in Northwest.”

Mead brings more than 20 years of national and local programming, production and content acquisition experience. Since January, Mead worked on special projects for the NBC Sports Regional Networks. From 2010-2017, he served as the Vice President of Production and Programming for NBC Sports Boston. In that role, Mead more than quadrupled the original local hours of programming produced each year, including a significant expansion of the network’s content on the New England Patriots.

Before joining NBC Sports Boston, Mead was the Director of Programming at New England Sports Network (NESN).  During his time at NESN, Mead played an integral role in scheduling the most compelling programming in an effort to generate the highest ratings possible across all network dayparts.  He was also a key player in launching NESN’s first independent website after years under the umbrella of Boston.com by assembling an independent team to manage the new site with its own strategy.

Prior to joining NESN, Mead served at ESPN where he was one of the first employees to bridge the gap between old and new media when he became the Director of New Media Content in 2004.  He was integral in growing the then ESPN360.com (now ESPN3), played a key role in the networks broadband product launch, and created the “Full Circle” concept which offered live sporting events across 16 different platforms (since rebranded as ‘MegaCast’).