Last week, NBC Sports announced the launch of a direct-to-consumer product called Blazers Pass. A first-of-its-kind service from a regional sports network, it will offer fans a way to purchase (without a cable subscription) a package of selected Portland Trailblazers games for live streaming on the NBC Sports Gold app. 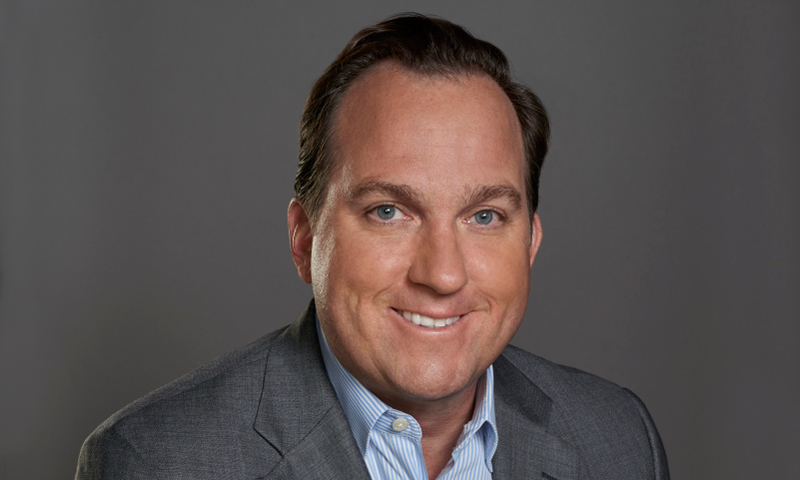 NBC Sports’ David Preschlack: “What’s really exciting for us is, a product like this gives us the opportunity to serve fans in a different way to create a bit of a different marketplace.”

Through the product, fans who live in the Trailblazers’ media territory (as determined by NBA laws) can purchase a preselected 15-game package for $34.99 ($31.50 if bought before Dec. 1). Think of it as a partial–season-ticket plan for tablets or smartphones of cord-cutters and cord-nevers.

From NBC Sports Regional Networks’ perspective, Portland, which is served by NBC Sports Northwest, is a unique sports region. The network does not have a distribution deal with either DirecTV or Dish, and, with only two professional-sports franchises and a younger, tech-savvy demographic, it’s an area ripe for cord-cutting.

To David Preschlack, president, NBC Sports Regional Networks and Platform and Content Strategy, it’s a perfect playground to try something new and outside the box.

“We all know that the marketplace is evolving in terms of how people are consuming content,” says Preschlack. “It certainly isn’t one-size-fits-all, and what’s really exciting for us is, a product like this gives us the opportunity to serve fans in a different way to create a bit of a different marketplace.

“I think that, when people stack up which options they have to get content, it’s not an either-or scenario,” he continues. “By way of example, the cable bundle still works well for lots of people, and now we’re seeing a new marketplace evolve: the Digital MVPD marketplace is getting traction with people, and that works for them. We’re going direct to consumer, and we’re going to see how that product is going to resonate on a regional basis.”

NBC Sports has been learning some lessons about direct-to-consumer products on a national stage from its NBC Sports Gold subscription packages for various Olympic sports, as well as a highly publicized offering of non-televised Premier League matches.

With an existing infrastructure, the effort to start up a project like Blazers Pass was much more manageable for the Regional Networks team.

“One of the real beauties of all of this is that, from a technological perspective, we were able to just tap into a backend infrastructure in everything that we do with our national direct-to-consumer products,” says Preschlack, noting that the unique challenge in this case is that it will be a geo-targeted product. “Being housed under the NBC Sports Gold umbrella was a real advantage for us in getting this product to market.”

So what exactly do NBC Sports and NBC Sports Regional Networks hope to accomplish with this type of service? Tangible metrics (outside of subscribers) are not so much Preschlack’s concern. He considers Blazers Pass a unique, contained environment through which to figure out preferences and behaviors of consumers in today’s changing media landscape.

The Blazers Pass product allows fans to purchase a package of 15 live games this season.

“We are really focused on learning something,” he explains. “We’re going to have our ear to the ground, and a key metric of success will be learning as much as we can about the product, the people who signed up for the product, the people who didn’t sign up for the product, and everything in between. The regional-sports-network business should be an incubator for new ideas. It’s much easier to try something like this regionally than it is nationally, and it’s a lot more cost-efficient. If it works — and who knows what it ‘to work’ means in this case — then we can see if this is something we want to bring to other markets.”

Preschlack adds that his team will try a few things through this product, including testing new ad models and different functionality for the network’s apps and websites.

“The beauty of it is, if it works, it’s really scalable,” he says. “If it doesn’t, you have a contained environment where it didn’t take us a lot to get it up and running. We have the best of all worlds here, and we intend to take advantage of that.”