College football’s Conference Championship weekend is always a busy one for Fox Sports, which has produced every Big Ten title game since 2011 and alternated producing the Pac-12 Championship with ESPN since 2012. However, this year features a newcomer: the first Big 12 Championship since 2010 joins the Big Ten production on Fox’s slate. 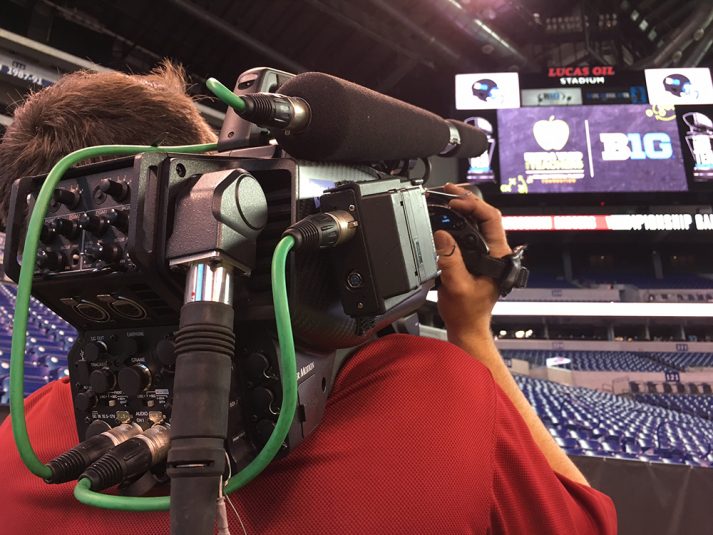 “We’re really excited about [the Big 12 Championship] in Arlington because, even though we’ve obviously had the Big Ten and Pac-12 games in the past, to be able to do the inaugural game for the Big 12 is huge,” says Dave Jones, director, field operations, Fox Sports. “What’s really exciting is that this is the brand-new crew that started with us this season doing the first Big 12 game, and it’s the first time with a Mobile TV Group truck. There are a lot of firsts: we’ve got the new crew, new truck, new ballgame; everything about the Big 12 show is new.”

Inside the Big 12 Production: Fox Hits Its Stride With MTVG

Fox Sports’ most significant challenge for tomorrow’s Big 12 Championship production is scheduling. The Dallas Cowboys’ Thursday Night Football home game last night meant that Fox Sports’ trucks could not have access to AT&T Stadium in Arlington, TX, until early this morning. As a result, Fox arranged for its Mobile TV Group trucks to use the truck compound at TCU’s stadium in Fort Worth for an engineering day on Wednesday and set day for production on Thursday. 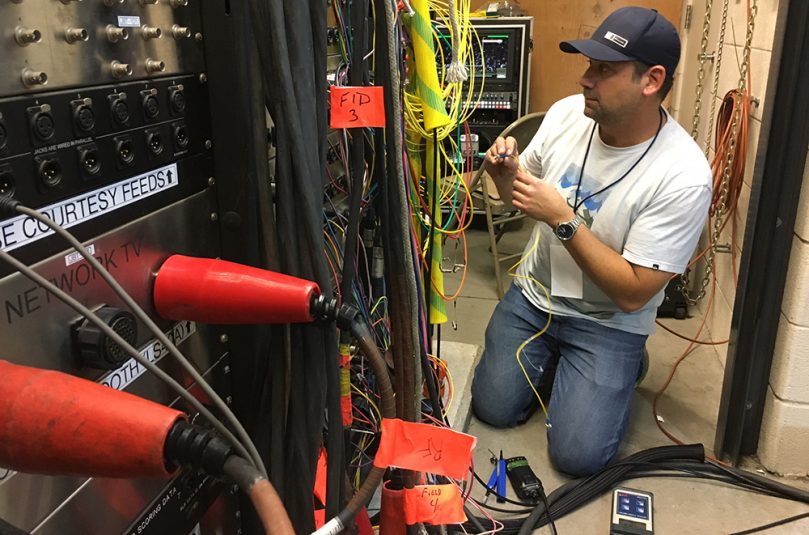 “There’s been a lot of coordination to make this happen, but, luckily, we have such a strong relationship with TCU that they were 100% on board,” says Jones. “TCU has been extremely gracious with anything we needed to do at their venue the last two days.”

“[Mobile TV Group has] been involved with [Fox Sports Regional Networks] forever,” notes Jones, “but this is their first full-time adventure in the Fox and FS1 national realm, and it couldn’t have gone better.” 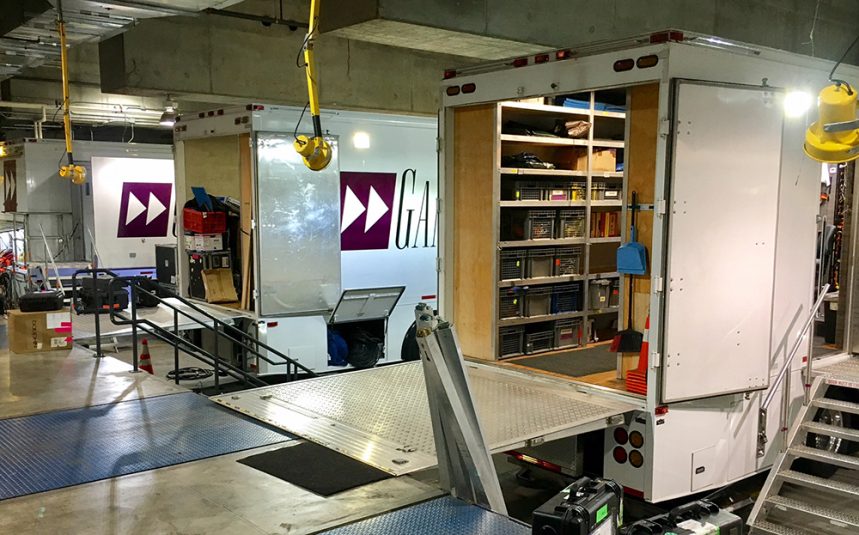 To cover the Oklahoma-TCU matchup, Fox will deploy a total of 16 cameras, including six Grass Valley LDX 86 Universe super-slow-motion (running at 6X slo-mo). In addition, Fox will have a SkyCam system on hand, along with a roving CamMate jib system on a sideline cart provided by TomCat Video Productions.

“The TomCat [system has been] incorporated on this package throughout the season where we could,” says Jones. “The fact that it’s so mobile adds a whole different element to it.”

Inside the Big Ten Production: 20-Plus Cameras, Plenty of Audio Firepower

In Indianapolis tomorrow, Fox will be at Lucas Oil Stadium to produce its seventh consecutive Big Ten Championship Game, and the network has once again pulled out all the production stops.

Fox is deploying Game Creek Video’s Dynasty truck (A and B units), which debuted on its Big Ten regular-season package this year. “It’s been a great season on Dynasty,” says Jones. “It gives us a lot more firepower than we’ve had in the past.”

The 20-plus cameras will include six Sony HDC-4300 cameras (operating in 6X slo-mo) — the most ever for a Fox Conference Championship game. In addition, Fox will have seven 12-channel EVS replay systems and two six-channel EVS units, as it continues to migrate toward 12-channel systems. A SkyCam system, which is standard on Fox’s A games, and PylonCam provided by Admiral Video are also on hand for the Ohio St.-Wisconsin matchup. 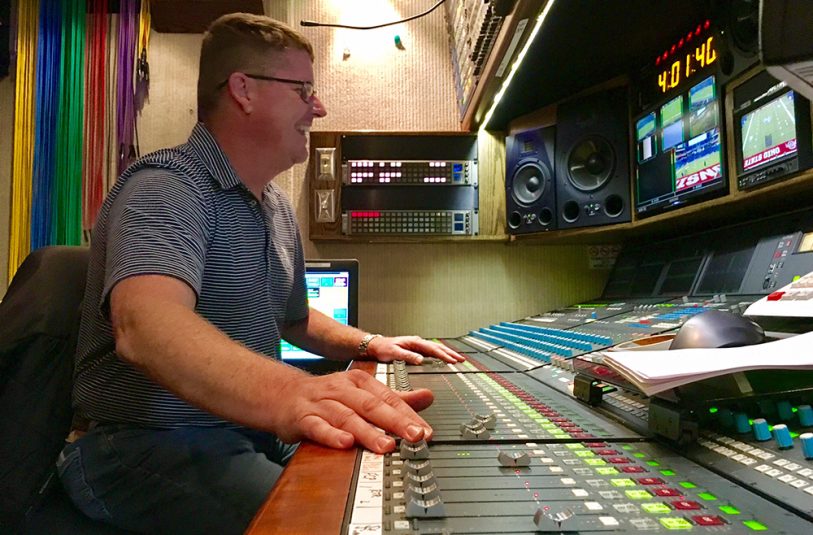 Led by Senior Audio Engineer, College Football, Jamie McCombs, the audio component of Fox Sports Big Ten title-game coverage will be as massive as ever.

“Obviously, whenever it comes to Fox and championships, our audio complement is massive,” Jones explains. “We’ve got mics everywhere, not only for the game but also in support at halftime, when we plan to show [portions] of each band’s [performance]. Also, the Big Ten trophy presentation [takes place] on whichever side wins the game, so we have to have crowd mics all over the place regardless of who wins. You can see how audio at these championships is such a major undertaking.”