The networks of NBCUniversal will present the most live Winter Olympics ever, when the XXIII Olympic Winter Games in PyeongChang, South Korea, begin on Feb. 8. With the benefit of a 14-hour time difference, NBC and NBCSN will present live competition in primetime across all time zones on every night of the PyeongChang Olympics – with the exception of the days of the Opening and Closing Ceremonies. NBC Olympics will also live stream the Opening Ceremony for the first time. 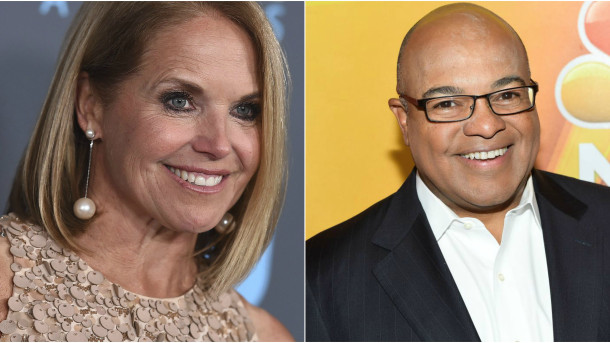 Figure skating, alpine skiing, or snowboarding will be featured live in primetime every night on NBC from Thursday, Feb. 8, to Saturday, Feb. 25, (excluding Feb. 9, which will feature the Opening Ceremony).

NBC will broadcast Olympic primetime competition live across all time zones for the first time. Whether daytime, primetime or “Primetime Plus” (formerly the late night show), all U.S. viewers will be able to watch NBC’s coverage of the XXIII Olympic Winter Games from PyeongChang, South Korea, at the same time. NBCOlympics.com will offer live streaming of the NBC broadcast network, including primetime and Primetime Plus, and NBCSN will air live primetime coverage, both firsts at a Winter Games.

“Contrary to popular belief, the 14-hour time difference works very well for live primetime coverage,” says Jim Bell, President, Production and Programming, NBC Olympics. “People initially think it’s all the way on the other side of the world, but the time difference is 14 hours, so that means that 8 p.m. Eastern is 10 a.m. the next day in South Korea. That’s right when many of the marquee events — figure skating, alpine, snowboarding — will be taking place. This year, NBC will broadcast live across all time zones to the entire country, creating a unique national collective experience for this event – and we will be everywhere – from broadcast and cable television, to digital streaming, and social media.”

On most nights of the 2018 Olympic Winter Games, NBC’s primetime broadcast will begin at 8 p.m. ET, 7 p.m. CT, 6 p.m. MT, and 5 p.m. PT. It will be followed by local news, and then Primetime Plus, consisting of live continuing coverage from PyeongChang, which will air until 2 a.m. ET on many nights. A replay of the primetime program will then follow.

For the first time, NBC Olympics will live stream an Opening Ceremony. The live digital coverage from PyeongChang will begin Friday, Feb. 9 at 6 a.m. ET on NBCOlympics.com and the NBC Sports app, and will feature the pageantry and the Parade of Nations with world feed graphics and the event’s natural sound (without commentators). NBC’s fully-produced presentation of the Opening Ceremony, hosted by Mike Tirico and Katie Couric and featuring interviews and profiles that will air that night at 8 p.m. ET/5 p.m. PT on NBC. Live streaming of all Olympic competition has occurred at every Games since London 2012.

“We are excited to live stream for the first time the Olympic Broadcasting Service’s world feed of the Opening Ceremony. NBCSports.com, NBCOlympics.com, and the NBC Sports app will continue to provide immersive coverage of all events in the NBC Sports portfolio,” says Rick Cordella, Executive Vice President and General Manager, Digital Media, NBC Sports Group

The hour-long Olympic Ice studio show will preview the day’s Olympic figure skating action while also providing viewers with analysis and highlights of the previous night’s competition. In addition, the show will feature Team USA athlete interviews and features, practice reports, and scoring breakdowns. There will also be special demonstration segments from the Gangneung Coastal Cluster studio’s ice rink to explain elements from competition.

NBCOlympics.com and the NBC Sports app will provide a digital-exclusive version of Olympic Ice that will offer a comprehensive post-competition review of figure skating news and highlights.