The Philadelphia Eagles have announced that Lincoln Financial Field’s WiFi network delivered record-setting performance at the NFC Championship game against the Minnesota Vikings held on January 21. In addition to the team’s remarkable on-field performance during the 38-7 victory over the Vikings, the connected guest experience was equally impressive. Everest’s performance exceeded the previously-noted results of competitive systems in regular season and playoff games as published Mobile Sports Report. 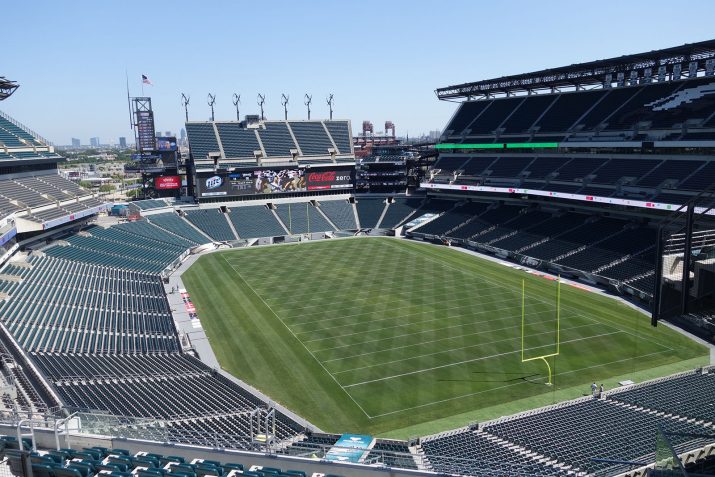 The Everest Network Solution by Panasonic delivered 8.76TB of data to the 35,760 fans that utilized WiFi; a 52% usage rate. At the point of highest demand, during the awarding of the George Halas Trophy, the network supported 29,201 concurrent connections transiting data throughput at the rate of 5.5Gbps.  Each of the 35,760 fans utilized the network for an average of 146 minutes. Everest delivered this performance requiring only 200 Access Points in the seating bowl, or 75% less hardware than is typically required by competitive systems.

“The Eagles selected Everest as part of our overall commitment to providing the best in-game experience for our fans, and we are very satisfied with the results,” says John Pawling, Philadelphia Eagles VP of Information Technology. “The data is very impressive. The wireless network performance during the championship game exceeded our highest expectations and validated our belief that Everest is the finest Ultra-high density WiFi solution available. Everest has really enhanced the overall stadium experience for guests.”

“The Everest system was engineered from the ground up, using many new patented technologies, specifically to give fans the fastest possible connectivity in crowded sports environments,” notes Danny Abelson, Panasonic Enterprise Solutions Company VP. “Competitive systems require in excess of 1000 access points mounted under seats or in railings to cover an NFL stadium. With Everest you require less access points and they mount on structure, which meaningfully lowers construction costs. Everest provides superior performance at significantly lower cost. Our solution is better, faster, and less expensive.”