The future of European football rights was the focus of a panel discussion at Sportel Asia this week and it’s clear that there are a number of factors that will impact the next round of rights. The question is will the rights deals top the last round of deals or are they due for a dip? Marcus Luer, Total Sports Asia, Group CEO, says that Asia has always been an open playing field for European football leagues and the likes of the Champions League. But he says that is changing dramatically as local national leagues out of countries like China and Korea continue to grow in popularity as the quality of play continues to improve. 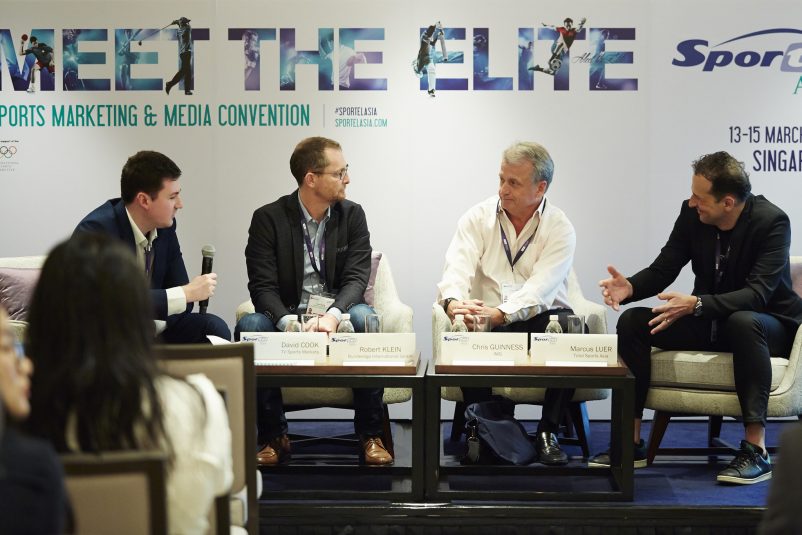 Adds Chris Guinness, IMG, SVP, head of IMG Media Asia Pacific: “There is a legacy of interest in European football as in this region the local football leagues were weak. But that is changing with leagues from China, Korea, or Thailand.”

The next round of rights deals for leagues like the EPL, LaLiga, Serie A, and Bundesliga will still see EPL taking a big slice of the pie with the remaining three leagues splitting the remainder. And efforts like La Liga’s opening of an office in Singapore and match schedules being adjusted to better meet the needs of Asian football fans shows that everyone is serious about the market.

“You have to be actively promoting your league rather than just hoping,” says Luer. “The race is about who will be the clear number two and then see their rights fees elevate accordingly.”

Robert Klein, Bundesliga International, CEO, says that the league has been very committed to the Southeast Asia market as it has had a local presence since 2012 and will open an office in China by the end of the year to better manage the relationship with PPTV and CCTV.

“The Singapore office did a lot to bring the Bundesliga clubs here for events or even to open an office and that is a route we will continue to go to,” he says. “We want a greater degree of market intelligence to learn what rights holders want, what kind of content, and even local languages.”

The goal, he adds, is to close the gap on the EPL and to do that the focus is on local relevance and developing a different value proposition. Helping in those efforts is the Bundesliga has some time as their next rights deals are not due to be negotiated until 2020.

“We have some time to develop a strategy,” he says.

Javier Tebas, president of LaLiga, agrees that it is not enough to just have a message: a presence is needed to be close to the broadcasters and fans and to do things like organizing meet and greets and even matches.

“You need to co-exist with them and live them, so we have representatives in Asian countries as this is a market for everyone and there is room for everyone,” he says.

LaLiga’s office in Singapore has been complemented with two offices in China as well as LaLiga representatives in countries like Korea, Indonesia, Malaysia, Japan, the Philippines, and more. Helping in those efforts was the launch of a Global Network last year that saw 12,000 people apply to be LaLiga representatives around the globe.

“We trained them and then spread them across the world with the purpose of bringing our league closer to our followers and media and broadcasters,” says Tebas. “What do they need, how do they look after our league, and how can they speak more about Spanish football? We also want to collaborate with local leagues and we have signed agreements with leagues in Camaroon, Bostwana, and tomorrow I am meeting with a league in Malaysia. And they are not collaborations where we sign, take a picture, and say goodbye. We want to work with them and bring our no how to them.”

One factor in the next round of rights deals will be the number of Asian players in a league. Klein says that Bundesliga has six players from the Japanese national football team and also players from South Korea.

“That helps with the local relevance and as local leagues become stronger that is a good thing and very positive for football in the region,” he adds.

Tebas says that LaLiga needs to do a better job of bringing Asian players into the league and that there is a relationship between players from a country, like Japan, and the interest in LaLiga.

“We realize we need to grab Asian players just like EPL and Bundesliga because it is definitely part of our growth process,” he adds.

Another factor in the future rights deals is the flattening and decline of pay TV services as OTT services continue to grow. In China, for example, PPTV paid $700 million for EPL rights in 2016, multiple times larger than the previous rights deal. Guinness questions whether the staggering investment will prove wise given that it doesn’t offer a break-even opportunity.

“Companies are not basing their rights deals on ROI considerations and if the cost of the rights goes up but the subscription level grows at a slower rate than that just increases the break-even point,” he adds. “If football can match what has gone on with the entertainment market and prove that people will pay for the content then you can be bullish.”

One challenge facing European leagues is that as the quality of play rises football fans in Asia will be able to more easily become fans of compelling local clubs. And more significantly, the teams will play at times that are most suitable for local viewers. Champions League matches, for example, require fans in Asia to watch matches at 3 a.m. That adds in another level of uncertainty to the next round of rights deals as late-night viewing equals low viewership that may not justify large rights deals.

And while the European leagues may be looking to new frontiers like India to provide an additional financial lift Guinness cautions with overestimating opportunities in India, despite its large population.

“The total audience for sport in India is only 8 percent of the population and 85% of that number is cricket fans,” he says. “Football is a regional sport in India, not a national one. And the local Indian football league ratings are down 57% this year. So, India may still have an opportunity long term but not as a sport of national interest. The dynamics are still very much skewed towards cricket.”

Speaking of Cricket, there is the role non-traditional bidders like Facebook might play in the market. Facebook bid $610 million for the India Premier League Cricket rights and lost as Fox’s Star India paid $2.5 billion. But the company recently hired Peter Hutton, formerly of head of Eurosport, to win some of the rights battles.

“The one question mark is what the likes of Facebook will do and then their different business models,” says Guinness. “How will they make an entrance and what will the impact be?”