Behind The Mic: Dan Patrick Out, Mike Tirico In for NBC; Peyton Manning Turns Down Fox TNF Role

Behind the Mic provides a roundup of recent news regarding on-air talent, including new deals, departures, and assignments compiled from press releases and reports around the industry. In this week’s edition, NBC’s Sunday night studio team loses a major key, Fox is spurned by a future Hall-of-Famer, ESPN adds to its stable of podcasts while making some changes with its baseball lineup with Sportnet benefitting from it and losing a revered NFL writer, two current head coaches join the March Madness studio lineup and a special guest analyst for the Cavaliers. 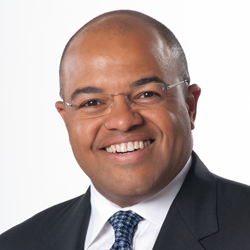 Mike Tirico will take over for Dan Patrick on NBC’s Football Night in America, according to the NY Post.

After nine years as the studio host of NBC’s primetime NFL coverage, Dan Patrick has stepped down from the role, according to a report from the New York Post. In the article, Patrick states that he was offered a new five-year contract from the network but didn’t want to make a commitment. Patrick will continue to do his radio show, which is simulcast on NBC Sports Network.

The post also reports that Mike Tirico is slated to take over Patrick’s previous role.

Report: Fox Is Unsuccessful In Landing Peyton Manning for TNF

Fox sports is still looking to fill the booth for their Thursday night slate of NFL games this season and, like ESPN, they were unsuccessful in landing Peyton Manning as a in-game analyst, according to the New York Post.

Since his retirement two years ago, the former Indianapolis Colts and Denver Broncos quarterback has been sought after by all of the networks that are currently involved with the NFL, but has spurned each advance made up to this point. FOX has also brought in current and former players like Greg Olsen, Carson Palmer, Joe Thomas, Kurt Warner and Jason Witten for tryouts.

ESPN Adds To Podcast Lineup
Since ESPN dropped its NASCAR coverage back at the end of the 2014 season, Marty Smith became a jack-of-all-trades reporter for the network while hosting a weekly ESPN Radio show, Marty and McGee with ESPN the Magazine’s Ryan McGee every Saturday morning along with a recurring interview program Marty Smith’s America.

As of March 19, Smith is now the host of a new weekly podcast called Marty Smith’s America … The Podcast. During the show, Smith with interview different athletes and celebrities along with a “Marty Party”, where Smith and a group of friends talk about different things and a closing segment about his southern upbringing.

Joining the rank and file of ESPN’s podcast lineup is Bomani Jones, whose new podcast, The Right Time with Bomani Jones, debuts on April 3. The twice-weekly podcast will feature the takes that has made Jones a mainstay at the Worldwide Leader for over a decade. In addition to the podcast, Jones will be co-hosting a TV show with Pablo Torre, which is currently slated for mid-spring.

ESPN also has recently launched The Plug, a weekly podcast from The Undefeated, which is the network’s vertical about the intersecting of culture, race and sports.

Dan Shulman, who stepped down from as the play-by-play man for Sunday Night Baseball after last season, will be doing the radio play-by-play for select Blue Jays games this season, joining Ben Wagner, who will be calling his first major-league games after 11 years as the voice of the Blue Jays Triple-A affiliate.

CBS/Turner Adds Two Current College Coaches To March Madness Studio Team
Over at CBS/Turner’s March Madness coverage, two current college coaches were added to the studio teams during the first and second rounds. Brad Underwood, who recently completed his first year as the head coach of the University of Illinois, joined the CBS/Turner studio team during the first round while University of South Carolina head coach Frank Martin was a part of the studio coverage during the second round.

Allie Clifton Makes History During Recent Cleveland Cavaliers Broadcast
According to cleveland.com, Austin Carr, the Cleveland Cavaliers TV analyst, had to miss the game between Cavs and the Phoenix Suns on March 13 to attend his brother’s funeral and for only the second time in team history, a woman was in the booth as usual sideline reporter Allie Clifton, a former University of Toledo player, called the game alongside play-by-play guy Fred McLeod for the Fox Sports Ohio telecast.