The International Paralympic Committee (IPC) teamed up with Grabyo for the PyeongChang 2018 Paralympic Winter Games, reaching more people across social channels than for the Sochi 2014 and London 2012 Paralympics combined. 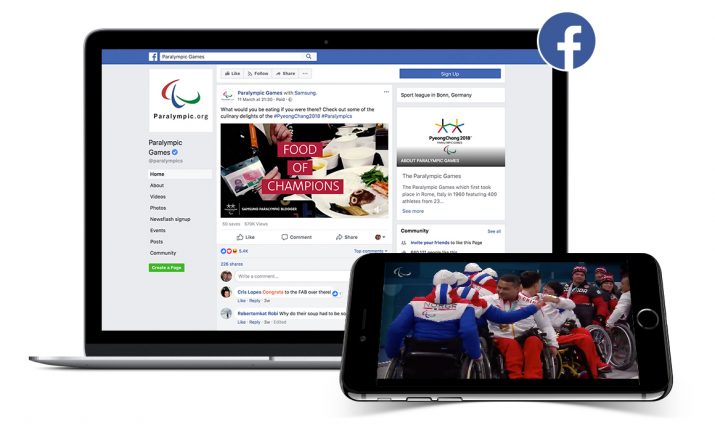 With Grabyo, the IPC’s team of volunteers posted real-time highlights of every race, match and ceremony on YouTube. The IPC’s digital team then used Grabyo’s technology to pick the best clips for distribution across Facebook, Twitter, Instagram and Weibo. The IPC also streamed the Games to audiences on Facebook and YouTube using Grabyo Producer.

London-based agency LiveWire Sport, working on behalf of the IPC, also used Grabyo to deliver a Twitter amplification campaign of “Wow Moments” for Worldwide Paralympic Partner Toyota. The agency clipped highlights of the action as well as other special moments, which were published with Toyota wraparound on Twitter with a paid-media campaign to drive distribution.

“We are delighted with the results from PyeongChang 2018 Paralympic Winter Games. Thanks to Grabyo, athletes and our commercial partners, we were able to reach far more people than ever before,” says Craig Spence, IPC Director of Media and Communications. “The fact that Grabyo is so easy to use meant we were able to use volunteers to build an extensive inventory of content – after just 30 minutes of training we left them to clip every race, match and ceremony.”

“This was clever use of our technology by IPC as well as the sponsors,” says Gareth Capon, CEO at Grabyo. “We were delighted to see LiveWire Sport using our technology to create engaging branded content. Meanwhile the Samsung Paralympics Blogger Project shows how brands can use Grabyo as a workflow tool for content in the field – for quick capture, editing, moderation and then monetisation.”