The Sports Video Group and the National Association of Collegiate Directors of Athletics presented Texas A&M University with the sixth-annual SVG/NACDA Technology Leadership Award on Thursday during the SVG College Summit in Atlanta. The Technology Leadership Award is presented to the university athletic department that meets the outlined criteria of commitment to investment in and execution of broadcast and video infrastructure and technologies.

“I always tell our students, remember that sports is still the one thing that we do that is a live event that we don’t know how it’s going to end,” said Andy Richardson, assistant AD, 12th Man Productions, who accepted the award on behalf of Texas A&M University. “Our goal is to be effective storytellers for that, and, when we are doing a good job and telling the stories, we’re documenting, and we’re doing the things that we need to do to explain, to showcase, and to capture the moment. That’s why they play the game, and that’s why we do what we do.”

Texas A&M, led by its highly robust and talented 12th Man Productions, has been one of the elite athletic departments in the country, committed to video production and technology since the early 1990s. The university dramatically expanded its efforts with construction of an $11.8 million video-production facility as part of a renovation of Kyle Field in 2014.

Today, 12th Man Productions oversees all video-production needs for the athletic department, providing content for television partners, the SEC Network, in-venue videoboards, and 12thMan.com. The department features a staff of 13 full-timers, with nearly 90 students contributing to the overall efforts annually. 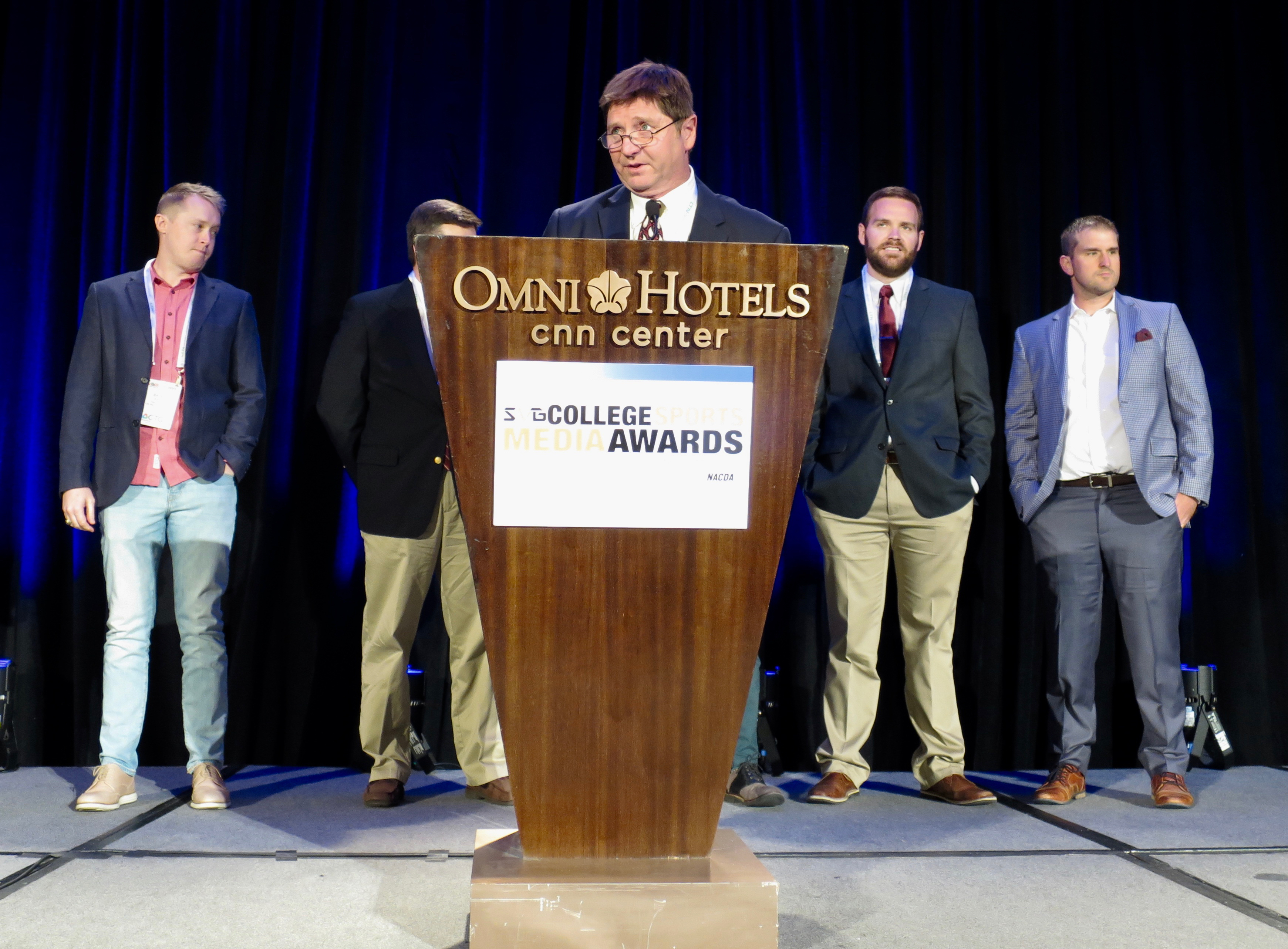 In addition to the incalculable amount of content that the department creates for its various web and social-media platforms, 12th Man Productions oversees more than 100 in-venue shows and more than 80 live SEC Network broadcasts per academic year.

12th Man Productions has been honored for its work countless times over the years, including SVG/NACDA College Sports Media Awards in 2013 (Program Series) and 2016 (Live Studio/Remote-Hosted Programming), several Telly Awards, and a 2016 Lone Star Regional Emmy Award for its Aggie Football TV show. The department also produced the critically acclaimed documentary The Burning Desire, a 10-year-anniversary remembrance of the 1999 Aggie Bonfire tragedy.