Gravity Media Group has acquired Proshow Broadcast, a supplier of mobile-production solutions in the U.S. and Canada. The move gives Gravity Media additional resources to integrate with its Gearhouse Broadcast operations in the U.S., giving Gearhouse Broadcast USA a fleet of 10 production units and a team of 32 personnel primarily based in Los Angeles with a smaller team in Charlotte, NC. 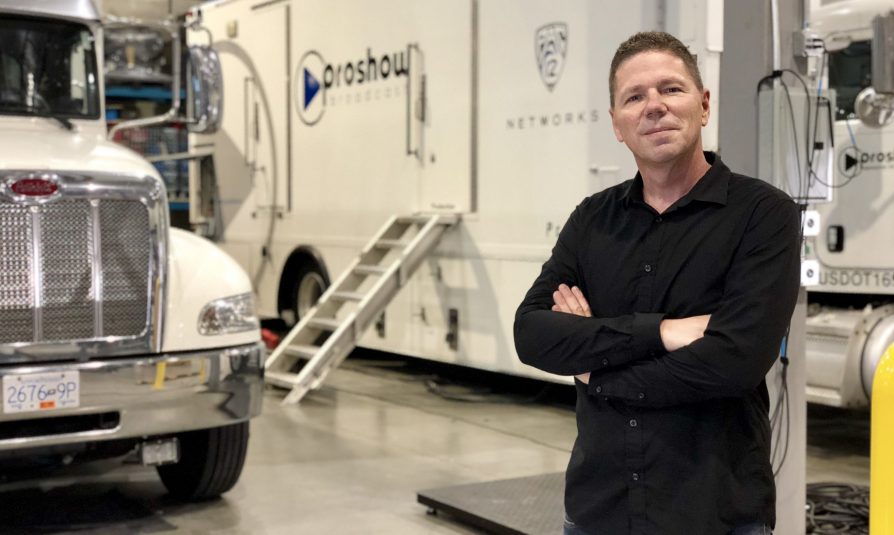 “We see an opportunity for vendors in the U.S. market, and Proshow gives us more scale in the States and more trucks, so we can be more effective,” says Kevin Moorhouse, COO, Gravity Media Group. “And we will be adding more trucks, although we haven’t finalized design but are investing in new technology to grow the fleet.”

Gearhouse Broadcast USA is well-known for providing the core technical facilities for ESPN’s coverage of the U.S. Open tennis championships. Proshow Broadcast projects include providing mobile facilities at The Oscars, SAG Awards, Latin Grammys, Canada Sevens Rugby, MLB baseball, and more than 350 events annually for PAC-12 Networks and 100 events annually for ESPN. Proshow Audiovisual will not be included in the transaction and will remain with its current owner.

The deal will help Gearhouse deliver the appropriate facility to the client, according to Gearhouse Broadcast USA President Michael Harabin, who notes that not all shows require large production units (Proshow does have two 40-ft. units).

“We want to stick to what we know and deliver services for our clients in a flexible and unique way,” he says. “We’re respectful of what Proshow has done in the past, so this gives us a lot more tools in the toolbox to play and compete with.”

Harabin says he has worked with Proshow Broadcast in the past and was always impressed by the level of technological innovation and quality of service. “This acquisition firmly establishes Gearhouse Broadcast as a leader providing technologically advanced mobile units and cost-efficient production workflows in North America.”

He says the current Proshow clients will continue to see the same people in the field but the new backing of Gearhouse Broadcast will allow new solutions and ideas to become reality.

“Now is the right time to become part of something bigger with added flexibility, resources, and services on offer to further benefit our loyal customers,” Lewis adds. “We’re very excited about the future.”

Proshow launched only in 2012,