Cutter Connections, the Manhattan-based mentorship program for women in film and advertising, held its eighth event last month, celebrating the trailblazing achievements of female leaders in the field of sports and entertainment. Over 50 women congregated in the spacious offices of New York audio house Sound Lounge to hear expert panelists, trade career advice, and sharpen their networking skills, thanks to the sponsorship of SVGW and Newhouse Sports Media Center. 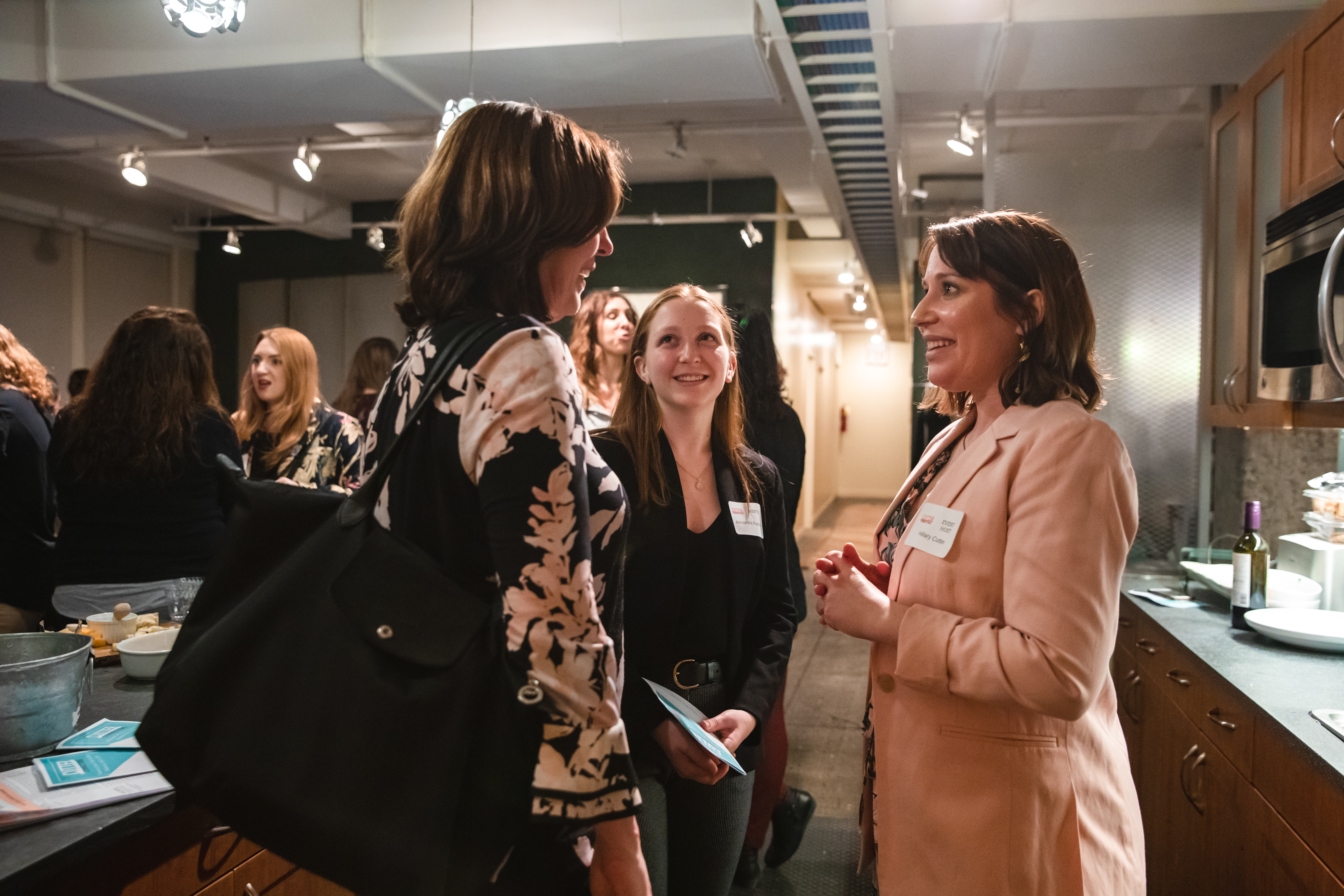 The impressive list of mentors and mentees present held roles in production, opearations, development, marketing, and creative direction from companies ranging from the MLB Network and Whistle Sports to CBS Sports, NBC Olympics, and The Players Tribune.

Since its establishment in 2015, Cutter Connections has hosted more than 640 women at events held both at women-operated business across the city and during film festivals. Executive Producer Hillary Cutter founded the mentorship program with the sole purpose of connecting women in entertainment at all stages of their careers in an inclusive, informative space where pledges of empowerment can transcend rhetoric and become actionable. Cutter, a commercial and feature film producer, recognized that the commitment of Hollywood and the advertising industry to champion the inclusion of women in digital media and video production had been strongly voiced but minimally implemented. So, rather than waiting for existing leadership to change course, she set her sights on the limitless potential of the incoming generation. Over the past four years, Cutter Connections has provided a space for producers, writers, directors, media executives, and artists from around the world to achieve career success and is only just getting started. 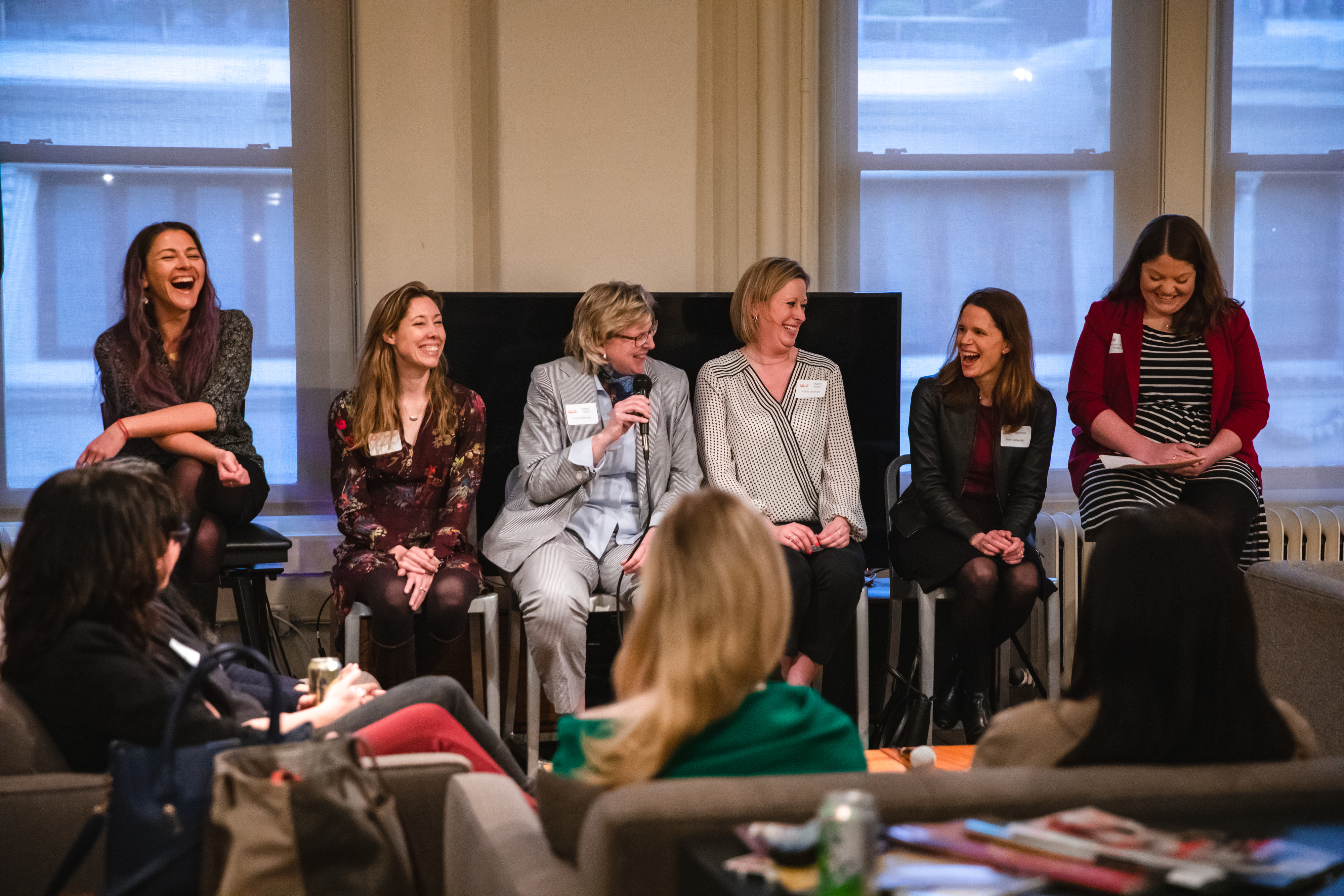 At last month’s event, a “Women in Sports: Take the Field” panel comprised of curated experts in sports media spoke to the packed room on topics ranging from how to overcome imposter syndrome in a male-dominated sector to what actions are necessary for strategic career advancement and the vital maintenance of self belief. Olivia Stomski, an Emmy Award-winning sports director, reiterated the importance of cultivating confidence against the odds, remembering, “I always told myself, it’s definitely not going to be me that stops me from succeeding.” Alexandra Dell, a documentary producer at Lagardère Sports, reminded the young women that companies might “ want to steer you where they need you, but don’t take a role somebody else defined has for you. Selling starts when they say no. So find another way. No is just the beginning.” Anne Flannery, a sports advocate who helped found the WNBA rounded out the evening with the resounding words, [“No career path] is linear. It may not come all at once. But just go at it. Go at it! Go at it! Go at it! And be ready to respond when it does.”

Following the event, testimonials from college students and junior professionals flooded the CC inbox thanking the group for finally opening a space where career advancement is a collective enterprise, something community-oriented, confidence-driven, and committed to immediate change.

Cutter Connections is a quarterly event hosted in New York City that champions creative female mentorship for women in all sectors of digital media, advertising, film, entertainment, and video production. For more information on the next mixer and how to get involved as a mentor/mentee, please visit https://www.cutterconnections.com/.