OneSoccer has further broadened its international portfolio with a package of rights in Canada to Mexico’s LigaMX, consistently regarded as one of the best leagues in the Americas and among the top-10 in the world. 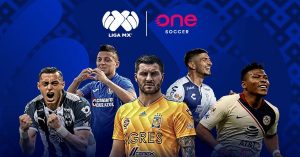 The deal was sealed by parent company Mediapro Canada, the Canadian subsidiary of Spanish media giant Mediapro, which earlier this year became the long-term media partner of Canadian Soccer Business and the Canadian Premier League.

Mexico’s Liga MX will debut on OneSoccer on July 20th, the opening week of the 2019 Apertura tournament, and will continue through the season with two top fixtures each round, covering the home games of league giant Club América, the most successful team in Mexico with a record league 13 and six cup titles, as well as the home games of Cruz Azul, FC Juárez, Necaxa, Pumas UNAM, Tigres UANL, and Toluca.

Mexico’s LigaMX has long been a breeding ground of homegrown talent, including the legendary Hugo Sánchez, who honed his skills with Pumas before heading to a brilliant career in Spain’s LaLiga. Watch out for the current crop of local stars, including Antonio Briseño, recently returned from Portugal’s Primeira Liga to sign for Chivas, Mexico’s Gold Cup standout Rodolfo Pizarro (CF Monterrey) and playmaker Giovani Dos Santos, who has made the move from LA Galaxy to Club América. Foreign stars include Argentina international Maximiliano Meza (CF Monterrey) and veteran striker André-Pierre Gignac of France, who became the joint highest-ever goal scorer for Tigres UANL when he scored the winner in the 2019 Clausura title in the playoffs (Liguilla) last May. And of course, Canadian interest will be piqued by Toronto-born Lucas Cavallini, who plays up front for Puebla FC.

“We know that fans have been crying out for regular coverage of the LigaMX in Canada, and we are pleased to be able to offer our subscribers two top games per week, with both English and Spanish commentary,” said Oscar López, CEO, Mediapro Canada.

OneSoccer subscribers will be able to watch the LigaMX at no extra charge, gaining access to a minimum of 38 games in 2019, in addition to over 40 Chinese Super League and Chinese FA Cup games, 100 Canadian Premier League games, all the home games of the Canada Soccer’s Women’s and Men’s National Teams and the 24 games of the 2019 Canadian Championship, involving all professional soccer teams in Canada.