FACEIT Unveils Plans for Season 8 of the Esports Championship Series

FACEIT is revealing everything fans need to know to follow Season 8 of the Esports Championship Series (ECS), their CS:GO competition. The season kicks off later this month with Open Qualifiers (12 – 25 August), followed by the Pinnacle Cup (10-15 September), before the Regular Season (16 Sept – 31 Oct) determines the eight teams who will travel to North America for the Finals. 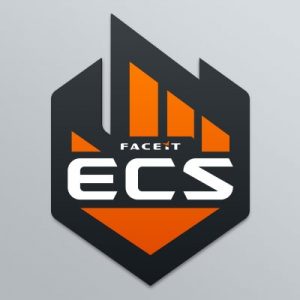 FACEIT is partnering with leading social broadcasting platform Caffeine on exclusive content throughout ECS, including the return of ECS After Dark, their overtime show broadcast exclusively on the platform. Season 8 will also see the return of the ECS Community Caster Challenge, exclusively on Caffeine, inviting up and coming commentators to stream their commentary on Pinnacle Cup matches and during the Regular Season, with the best rising stars from EU and NA winning an invite to the Season 8 Finals. The Community Caster Challenge marks the continuation of FACEIT’s commitment to working with and developing grassroots talent and saw previous winning duo Alex “Hawka” Hawkins and Adam “Dinko” Hawthorne go on to commentate at the ECS Season 5 Finals.

ECS Season 8 marks the second season of the new and improved ECS format, developed alongside the players and teams to tackle oversaturation in the CS:GO calendar while still giving the best opportunity for open qualification at the highest level. The Open Qualifiers begin on August 12 and players can sign up now to compete. From September 10, sixteen teams will compete in the Pinnacle Cup to determine the seeding for open slots in the Regular Season brackets, which will see five eight-team single-elimination tournaments each week from 16 September, offering a prize pool of $25,000 per region to maintain a consistently high level of competition.

As a change from Season 7, the first two teams to qualify for the ECS Season 8 Finals will be those who have earned the most prize money for each region in the first two weeks of the Regular Season. The final six slots will be filled by the winner of each remaining weeks’ competition in the last three Regular Season brackets. Each winner will head straight to the ECS Season 8 Finals. The Finals will see ECS return to North America, with the venue and dates to be revealed soon. The ECS Season 7 Finals took place in June in London and culminated in an exhilarating Grand Final that saw French trailblazers Vitality take the win in an electrifying match against Brazilian underdogs FURIA, dethroning back-to-back ECS Champions Astralis. Both finalists in last season came through the Pinnacle Cup open qualifying.

“We’re extremely excited for Season 8. This is the second season to feature our new format and we’re pleased to build on the huge success we saw earlier this year with Season 7 and to continue working with fans and players to refine the competition,” said Michele Attisani, Co-Founder & CBO, FACEIT. “As ECS continues to evolve and grow we’re developing some immensely engaging storylines and rivalries and we can’t wait to see Season 8 unfold, and to bring the finals back to North America in November.”