In partnership with three premier college football bowl games, Mobile Alabama Bowl, the AutoZone Liberty Bowl, and the Military Bowl presented by Northrup Grumman, Battle at the Bowl is kicking off an online esports tournament platform designed to bring college football fans, students, and alumni together. 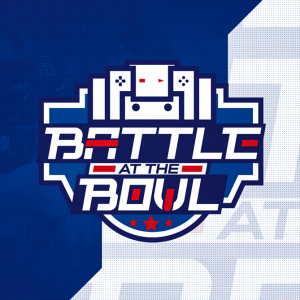 With registration, players have the opportunity to play in Battle at the Bowl’s special series of Games of the Week. Participants will compete against their rival schools to help their university win. Top scoring universities and players will be crowned each week. Game of the Week play begins on Saturday, August 24.

The Battle at the Bowl regular-season online play culminates on Sunday, December 1 with the crowning of a Battle at the Bowl Regular Season Champion. Bowl Season Game play begins on Sunday, December 8, a.k.a. “Selection Sunday.” Once the results are posted on Selection Sunday fans can follow their favorite team and help their team and university win it all.

“We are thrilled to bring a new level of excitement to esports where our competitors are playing for their favorite team throughout the college football season,” said Joe Hand, Jr., President, Joe Hand Promotions, the operating partner of Battle at the Bowl. “By supporting each bowl game’s charity, we are able to make a difference in our gamers’ communities.”

Battle at the Bowl will donate a portion of all registration fees to each bowl game’s designated charity. Competitors will also have the opportunity to donate additional funds directly to the charity during gameplay.

Battle at the Bowl creates communities of players and fans surrounding college football teams and their universities, thus changing a passive observer into an active participant.