Fox’s Davies: Perfecting (and converting) the 2020 color space has been the critical objective

As you’ve likely heard by now — and as was officially announced by the network on Friday morning — Fox Sports will be distributing this season’s Thursday Night Football NFL package in 4K UHD (Ultra High Definition) and HDR.

Beginning with next Thursday’s matchup between the Philadelphia Eagles and the Green Bay Packers at Lambeau Field, Fox Sports’ production and operations team will produce TNF games in 1080p/High Dynamic Range (HDR) and upconvert the image from there to 4K/HDR. 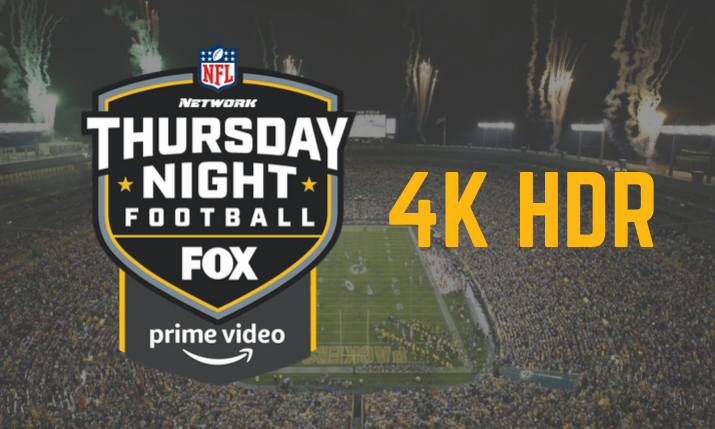 Fox has been working on trialing these production methods dating back to the preseason and has done as much as they can behind-the-scenes during the first two Thursday Night Football games this season, which were held in Carolina (on Sept. 13) and Jacksonville (on Sept. 19). Fox has actually produced the first two Thursday Night Football games in 2020 color space (the designated color space for ultra-high-definition TV; HD displays conform to Rec. 709), just not distributing that anywhere for the public to see.

Come next week, the full-fledged production will feature high-end cameras from Sony, including the HDC-4300, HDC-5500, and HDC-P50 compact POV system. The truck will also leverage EVS XT4Ks for ingest, playout, and replay. All pieces of technology that Fox is familiar with.

“Keeping everything sort of in line with what we normally do was the order of the day,” says Mike Davies, SVP, technical and field operations for Fox Sports. “The bottom line is, when you do these types of things, you want to make sure that you preserve what’s great about your production, first and foremost. That is everything from super motion cameras to the ability to record everything to making sure that you have all of your POVs — like pylons and skycams and wireless cameras — that all those things aren’t compromised. Insofar as to what an ultra-high definition show looks like? Hopefully it looks very much the same as what we would do in standard dynamic range.”

In the compound will be the lead truck Game Creek Encore, which Fox Sports has plenty of experience working in (the truck has been with Fox at the U.S. Open golf championships since 2015 and has also played a key role at various NFC Championship Games and MLB All-Star Games). With that familiarity with their facilities, Fox Sports’ engineering team — including VP, Field Operations & Engineering Kevin Callahan and Technical Producer Matt Battaglia — was able to spend extra time in their “Fox Sports Lab”  experimenting and testing out some new equipment for this project.

Much of that work went into perfecting