On Saturday evening, ESPN will make some company history as the network will televise its first sporting event in live native 4K. In a partnership with Samsung, ESPN will deliver its marque game of the weekend — a clash between No. 7 Florida and No. 5 LSU — in the format. 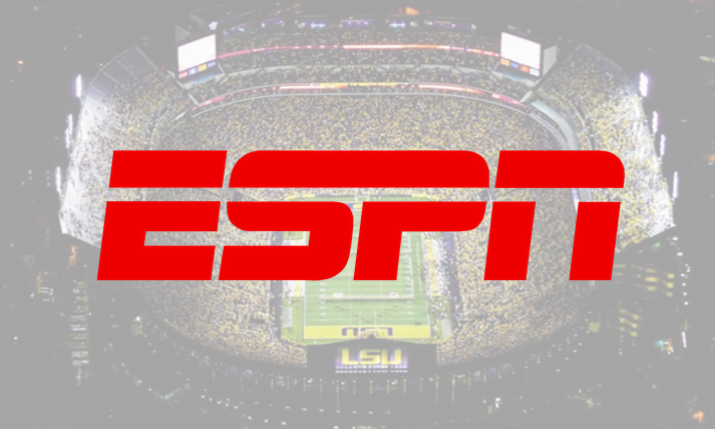 The production is the first in a six-game package of games (dubbed the “Samsung QLED 4K Game of the Week”) for the remainder of the season. In addition, there are plans to offer a 4K feed as part of ESPN’s popular Megacast during the College Football Playoff National Championship Game.

“After months of planning and technical testing, we are excited sports fans can watch 4K UHD College Football games as part of the ‘Samsung QLED 4K Game of the Week’,” Jodi Markley, EVP, ESPN Content Operations and Creative Services said in an official release on Thursday. “As 4K technical resources and workflows become more readily available, we will continue to grow this standard across our operations. 4K images are stunning and we look forward to sharing them with fans.”

As of publication, DirecTV is on as a distributor of the game and viewers can access the broadcast on DirecTV channel 107.9at. With the right television screen and set-top box, some viewers will even be able to see the game in 4K with high-dynamic range. If HDR is not available, the standard 4K feed will be viewable.

“It’s been a momentous year for us as we continue to innovate and deliver the best in sports in vibrant 4K HDR, and we’re excited to give college football fans even more content options with ESPN,” Tim Gibson, VP Video and Application Marketing, AT&T added in the release.

SVG On Demand: WWE’s Rex Canning on the Buildout of the Wrestling Giant’s New Media FacilitySupercup 2022: The DFL Ups the Big Game With a Glass-to-Glass Strategy