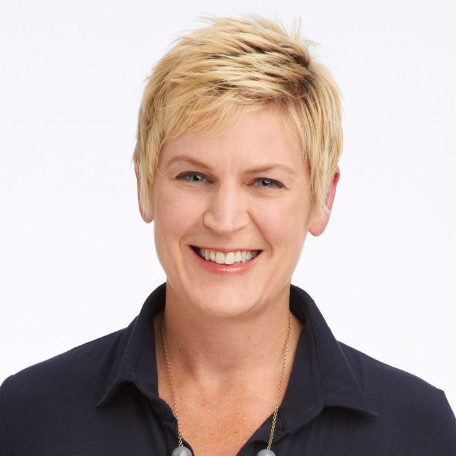 “I have three loves in my professional life: sports television, the Olympics, and golf. So I feel very fortunate to be able to combine them,” Solomon said during an introductory media conference call hosted by NBS Sports on Tuesday. “So thank you to [NBC Sports Group President] Pete Bevacqua and [NBCUniversal Broadcast, Cable, Sports and News Chairman] Mark [Lazarus] for trusting me with this expanded role to continue in golf while also adding the Olympics.

“I think I can bring a uniqueness to the job,” she continued. “My mantra as a producer is, Let’s innovate and search for fresh ways to tell the athlete stories. So, whenever I go into a new project, a new show, I always ask the question to my team, How do we enrich the experience for the viewer? The time zone [in Tokyo] is advantageous for us, so how can we enliven what we’re doing, particularly in primetime, which is still the anchor of our coverage.”

An 11-time Emmy Award winner and one of the modern behind-the-scenes greats of live sports television, Solomon has overseen production at the Golf Channel since 2012 but is certainly no stranger to the Olympics, having worked 10 Games, including overseeing NBC’s production of golf’s Olympic return in Rio in 2016, serving as producer for figure skating at Vancouver in 2010, and producing the Opening Ceremony and the nightly primetime show at London in 2012.

“We’ve assembled a great team over these years,” says NBC Olympics President Gary Zenkel, “and we are thrilled that [Molly] will be rejoining us after a short absence down at the Golf Channel. She brings an amazing amount of energy, a great deal of creativity, and we have this incredibly ambitious plan leading into what should be one of the great Olympics of our careers. To have Molly plug in and apply not just her energy but some of her incredible creativity to how we present the Olympics is a privilege for us, and it’s really exciting for the team.”

With only about 35 weeks until the opening of the Tokyo Olympics next summer, one can expect that a substantial portion of NBC Olympics’ plans is already in place, especially when it comes to many of the operational logistics. However, the time remaining does give Solomon the opportunity to implement her own plan for the creative and the storytelling of production.

“We obviously are well down the road with our plans and our insight,” says Bevacqua. “But the good news is, we are still roughly nine months away, and there will be plenty of time for Molly to be brought up to speed and to put her fingerprints on what the Olympics will look like in Tokyo.”

Says Zenkel, “As Molly knows — because she has been involved in 10 of these — we begin planning years out, and the plan is ambitious. We’re many networks, but, as Pete said, and I echo the same thought, there is certainly an opportunity as we hone our specific production plans for Molly to infuse her own take on production plans, on programming plans. I know the team is very excited to have her join the discussion and potentially lead us to places we haven’t yet thought about.”

In addition to this new role with NBC Olympics, Solomon will retain her responsibilities overseeing production of the Golf Channel. Her Olympics duties also include editorial leadership for the Olympic Channel in the U.S., a network she says she has grown to love since its launch in 2016.

“To me, as an Olympics fan, it’s been a great haven, a place I go,” says Solomon. “It’s a lot like Golf Channel, where I work, which super-serves the niche sports fan, so you get to go find what you want. They’ve also done amazing social media and documentaries. It really is a companion to what we do every two years, but it also keeps telling these stories between Olympics, which I think is vital to keep these storylines alive, to show these world championships. To me, it’s a great companion to everything we’re doing.”