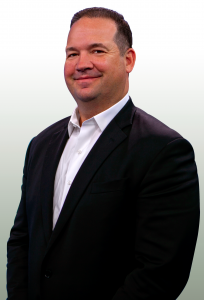 Wayland will be based in Needham, Mass., home of the new NBCUniversal Boston Media Center, where NBC Sports Boston will relocate, along with NBC10 Boston, Telemundo Boston, and NECN, by early January. He will report to both Mike St. Peter, President and General Manager of NBC10, Telemundo Boston and NECN, and Griggs.

“Chris has a deep expertise of the media landscape in Boston, proven leadership qualities, and a demonstrated track record of innovation and growth,” said Griggs. “We look forward to seeing how Chris will help the NBC Sports Boston team continue to grow and best serve our passionate fans.”

“Since he joined our stations team earlier this year, Chris has demonstrated bold and thoughtful leadership. He has inspired and challenged our team with his creativity and drive,” added St. Peter. “Chris is well positioned to move NBCUniversal’s Boston area businesses and platforms into the future.”

“As a lifelong Celtics fan and passionate Boston sports fan, it is my honor to work with Boston’s hometown favorite, NBC Sports Boston,” said Wayland. “Delivering news and telling the stories that matter to our community has always been, and will continue to be, my goal. To be able to now work with the NBC Sports Boston team is sincerely a dream come true.”

Wayland is a seasoned broadcast executive with more than two decades of experience in television. Before joining NBCUniversal earlier this year, he worked as Senior Vice President, General Manager at WPIX-TV in New York from 2016-19, as well as Tribune Media as Vice President of Group Operations. He also worked at Sunbeam Television from 2007-16, where he held numerous roles, including Executive Vice President and General Manager of WHDH/WLVI in Boston, and WSVN in Miami, and General Station Manager and General Sales Manager of WHDH in Boston. He began his career at WLVI-TV in Boston. Wayland has a bachelor’s degree from Elmira College in New York, and resides in Boston with his family.