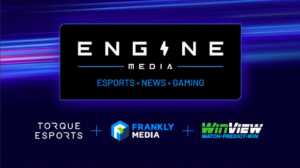 The combination of these three companies comes at a pivotal moment for live television and video entertainment. As entertainment programming moves on-demand, live television and video will increasingly focus on sports, news, and esports. These elements of live event media will require new sources of revenue and distribution as subscriber fees from the existing cable and satellite bundle begin to rapidly decline. ENGINE will be dedicated to accelerating these new, live, immersive experiences for consumers that will drive new revenue opportunities for media industry players and expand the options for live content.

The combination of assets of ENGINE will include: