March 12, 2020 — a date that will live in sports infamy. On the evening before, the NBA had announced that it would be suspending play, and one league after another began announcing similar decisions on Thursday, March 12. ESPN stayed on-air throughout that day’s chaos in the sports world, reporting on the potential impact of each event postponement and cancellation. Although ESPN subsequently suspended production on a handful of its studio shows, the broadcaster has continued with its studio operations, producing live programming throughout the day despite a dearth of actual competition. 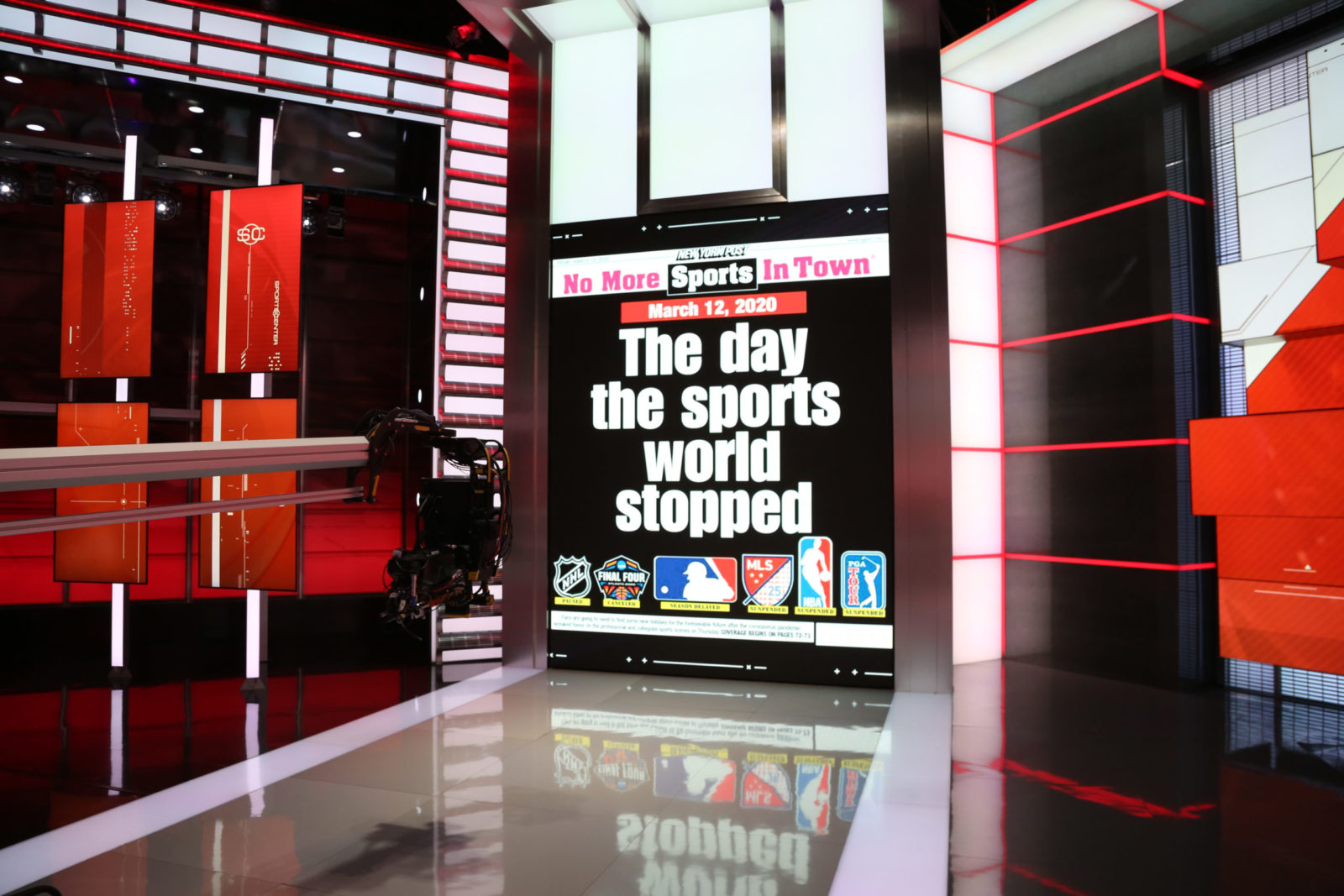 “The challenge is that now we need to replicate that dynamic 24 hours a day, seven days a week across multiple networks,” ESPN EVP, Programming Acquisitions and Scheduling, Burke Magnus told ESPN Front Row. “That’s what is in front of us in terms of long-range planning.”

A Play-by Play of the Day in Bristol
March 12, 2020, will be remembered as one of the most eventful and chaotic days ever to hit the sports industry — not to mention the world at large. And the wave of cancellations and postponements hit ESPN’s Bristol, CT, headquarters in real time.

“Thursday, March 12, 2020, is a day none of us will soon forget,” Magnus said. “Coming off the NBA’s decision to suspend play the night before, many leagues and properties had to make really challenging decisions about their seasons or events. As those decisions were made, the downstream effects began to unravel the ESPN programming schedule across our networks, and we had to adjust accordingly.”

Leading up to March 12, Magnus said, ESPN had already established a programming task force to track cancellations and postponements, but the mass postponements still took a major toll on ESPN’s programming grids.

“On that day,” he noted, “our programming grids went from a handful of events or programs impacted to a significant amount of distinct programs, games, events, or streams impacted.”

The broadcaster assembled an all-hands-on-deck programming “war-room,” meeting in the large conference room on the third floor of ESPN’s Building 12.

“We had individual sport-category programming teams relaying information as they were hearing it and also executing changes in real time,” Magnus said, “while the core-content strategy group and our programming senior staff were making in-the-moment decisions.”

Magnus’s team was also collaborating with ESPN’s content and production areas to determine what was possible from a live studio perspective.

Then, on Friday, the team began working from home for the foreseeable future.

“We went from our most hectic onsite work environment one day to relying on cellphone, email, and text the next,” Magnus said. “While we were clearly concentrating on the work impact, we were simultaneously focused on the human impact, the personal impact, as our teams were addressing all the critically important things happening in their own lives with schools closing and so much more.”

Moving forward, Magnus said, ESPN is looking to stay as relevant as possible in the immediate future through news and live studio programming. This week also marks the official start of the NFL league calendar and free agency, so ESPN has built its schedules accordingly, with this as the major topic of conversation. 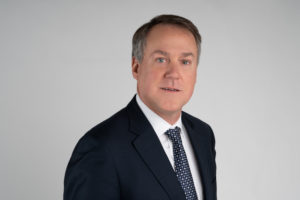 ESPN’s Burke Magnus: “We went from our most hectic onsite work environment one day to relying on cellphone, email, and text the next.” (Melissa Rawlins/ESPN Images)

“[We want] to frame for sports fans the impact that these unprecedented circumstances are having on the sports world,” he said.

Aside from news and studio programming, ESPN is also looking to entertain fans during these tough times. Magnus said ESPN will look to do this with “fun, compelling” archival content, as well as themed or stunt event programming

“[This] will provide a diversion at a time that there are virtually no other live sports to watch,” he pointed out. “This element speaks to both the experience we’ve had programming over the years and the ideas that people have been forwarding to us in recent days. There are so many creative things we can do, similar to some of the initiatives we’ve done in the past for special event anniversaries, ‘The Ocho’ day, and more.”

In terms of archival content, Magus said, re-airing full-game presentations is not a right that media companies typically have at their disposal at all times. As a result, individual conversations with the specific league or property are required for determining what’s possible.

“Since we’ve heard from fans that would love to relive full-game presentations, particularly at this moment in time,” he said, “we are exploring that possibility for events and content that we don’t have re-air rights already. We are working with the leagues themselves to free up the possibility to show encore presentations and discussing how we can present them. In some instances, we aren’t even the original rightsholder, which is the case for the Men’s NCAA Basketball Tournament, for example. Event programming will continue to be supplemented by ESPN live studio and news programming, plus original shows and films.”

Although ESPN did not play any role in the specific decisions to cancel, postpone, or suspend events, Magnus said, the broadcaster has kept in close contact with its league partners throughout the past week as the COVID-19 pandemic decimates the sports world. “In very difficult and challenging circumstances, our team has sincerely appreciated how leagues and properties have communicated with us as much as they possibly can about the decisions and complications they are facing.”

More Original Content on the Way, But Not The Last Dance Quite Yet
ESPN is also considering moving up the premiere of some original projects to fill the programming slate and keep fans engaged. However, although rumors have swirled that ESPN may be advancing the debut of the The Last Dance, which chronicles the untold story of Michael Jordan and the Chicago Bulls dynasty, according to Magnus, that may not be the case just yet.

“We are obviously considering [moving up original-content projects], including films,” he said. “I know some have asked about The Last Dance, and the reality is that the production of that film has not yet been completed, so we are limited there at the moment. Obviously, you can’t air it until it’s done.”

CLICK HERE for the full interview on ESPN Front Row.