Washington Wizards fans were treated to their first dose of live basketball in more than a week on Saturday night — albeit not the kind of live coverage they’re used to seeing. With the NBA season on hold because of the coronavirus pandemic, NBC Sports Washington and Monumental Sports Network teamed up to produce a one-hour videogame simulation of the Wizards’ previously scheduled game against the Milwaukee Bucks through Take-Two Interactive’s NBA 2K20. 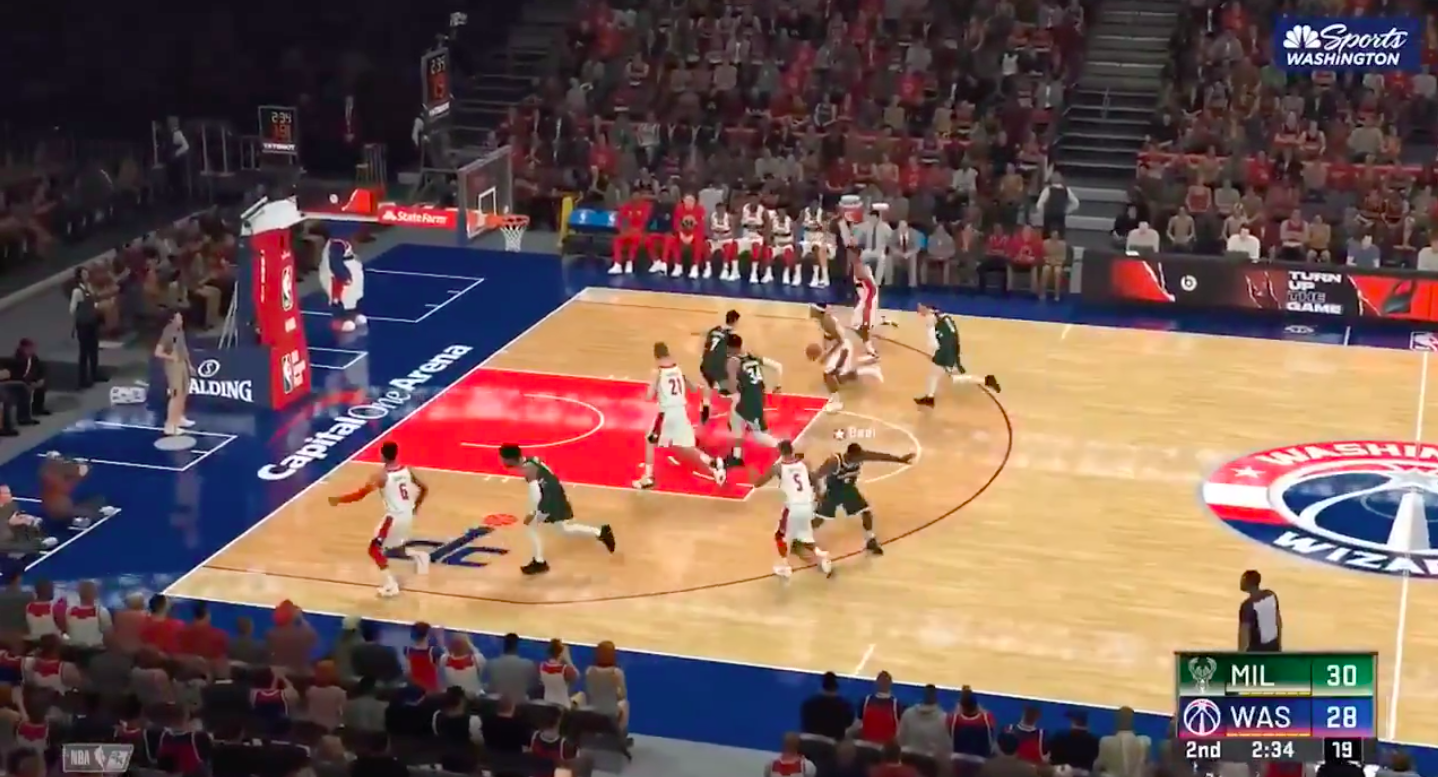 The production marked the first in a series of NBCSW telecasts that will simulate the remaining regular-season games on the Washington Wizards and Capitals schedules using NBA 2K20 and EA Sports’ NHL 20.

“Sports provides entertainment and a release for people, and to be able to offer some form of that to [our viewers] right now is a really positive feeling,” says Matt Volk, VP, content strategy, NBC Sports Washington. “We were able to innovate really quickly on our side to give fans something that’s unique and different but also entertaining and provide an opportunity to follow along with what the season would have been in a unique and interesting way during a time when there isn’t a lot of live sports content available.”

Inside the Workflow: A Team Effort of Monumental, NBCSW

Monumental Sports’ Wizards District Gaming NBA 2K League team creates the game simulation in NBA 2K20/NHL 20 and send individual files (either quarter by quarter or period by period) to NBCSW via Dropbox for Wizards games. NBCSW on-air talent is producing, via Zoom video conferencing, pre/postgame and halftime shows that are integrated into the telecast, which features NBA 2K League announcers. However, Capitals game simulations, which begin on Tuesday night, will feature NBCSW on-air talent announcing the game via Zoom as the action takes place. 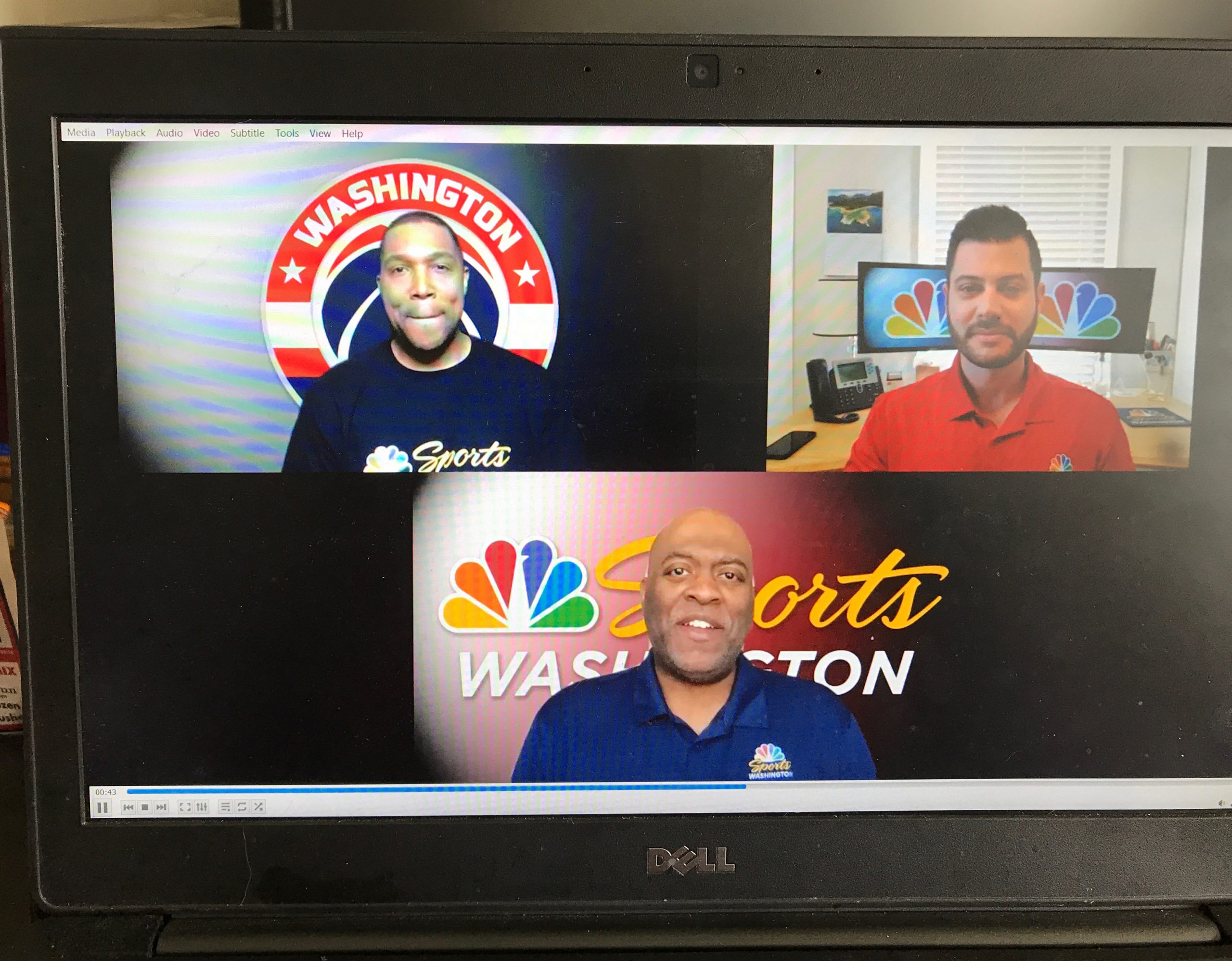 The simulated feed and on-air–talent–recorded content is fed to an NBCSW editor working from home, who adds in branded graphics and other production elements as well as commercial pauses to create the one-hour show. The editor then transfers the file to NBC Sports Englewood Cliffs, NJ, where it is played out live on NBCSW at 7 p.m. ET on what would have been Wizards/Caps game nights.

“We’re taking a swing at something totally new, and that’s exciting,” says Bill Bell, executive producer, live events. NBC Sports Washington. “This started with Matt’s team and then dispersed out to all our other departments so we could come up with a good game plan. I think that’s really important because it keeps all of our employees engaged and involved and gives them a clear sense of purpose during this difficult time. As we all practice social distancing, we can still be productive as a company.”

Zoom to the Rescue: On-Air Talent Gets in the Game 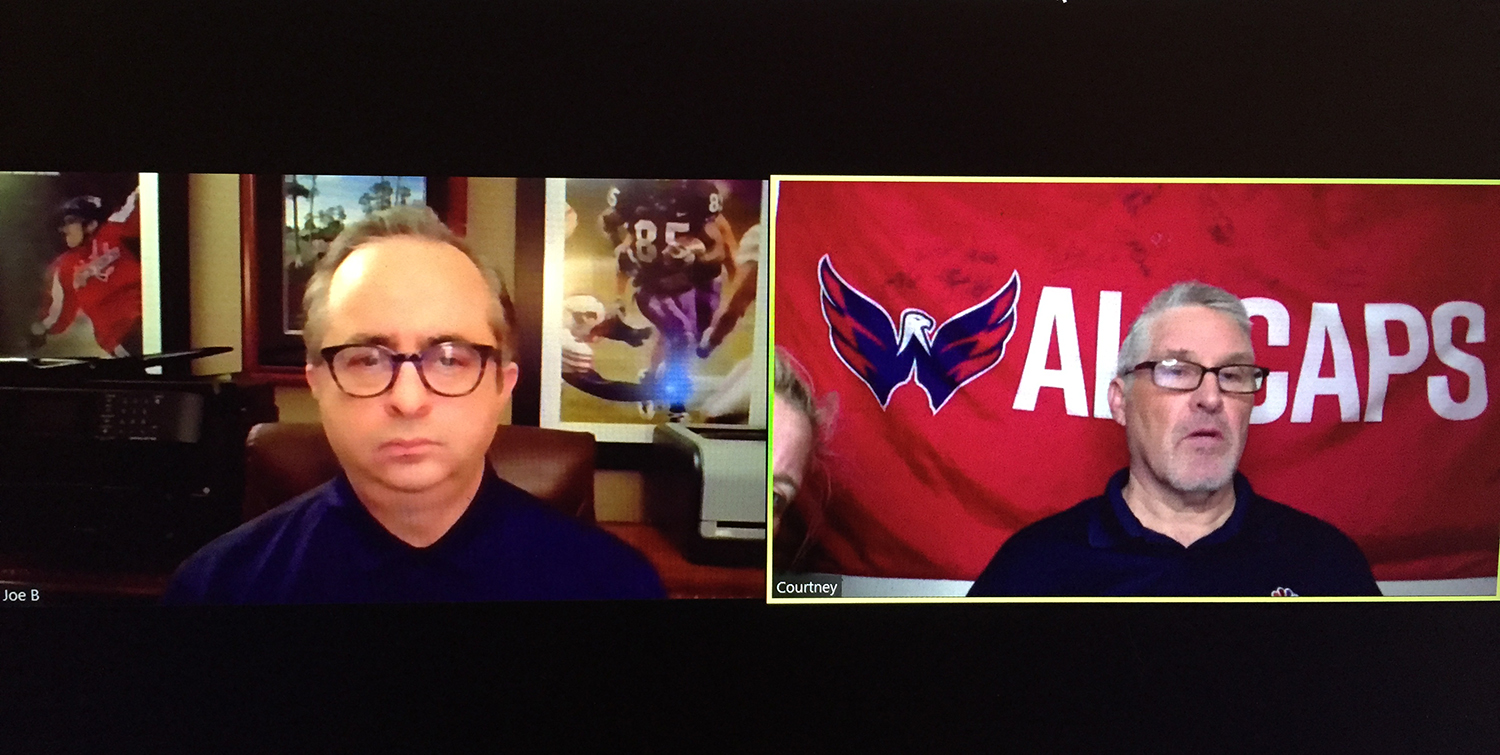 NBCSW’s Capitals NHL 20 simulated game coverage begins on Tuesday against the Red Wings. These telecasts will feature full commentary from Capitals announcers Joe Beninati and Craig Laughlin recorded from their homes via Zoom.

They have full contact with NBCSW’s Caps game producer Ryan Billie, who is also located at home. Through the Zoom platform, Billie can control playout of the simulated game content and record the feed, as well as interact with the announcers via the chat function as they are recording the play-by-play voiceover.

“The fact that we’re practicing social distancing has forced us to look at various platforms,” says Bell. “Using the Zoom conference platform was an easy way to bring our talent together. We needed to have the ability to see each other, talk to each other, and rehearse. Since we are able to get the files from our partners at Monumental Sports ahead of time, we are able to view the simulation and come up with a game plan for how we can strike the right tone for every production.”

NBCSW will also be producing pre/postgame and intermission for each game. Bell adds that the relationship between Beninati and Laughlin, who have been working Caps games together for more than two decades, played a major role in NBCSW’s ability to get the project off the ground so quickly.

“Joe and Craig have been working together for so long, and they have such chemistry that they don’t necessarily have to be sitting next to each other to s