The Rise advocacy group for women in broadcast announced that its North American chapter, formed earlier in 2020 by Serena Harris, Sales Director at Annex Pro, has appointed Meghan Ross, Director of Global Channel Marketing at EditShare as co-chair. Additionally, Rise North America will be presenting its first event, an ‘In Conversation With’ webinar featuring Sandy Nasseri, CEO of MelroseINC on October 20, 2020. 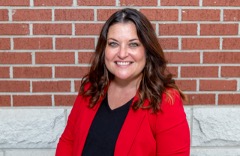 Ross, the new Rise North America co-chair, has extensive experience in the broadcast technology industry. Previously, she spent over eight years with Avid in various Channel Marketing roles, and over four years with Resolution Productions Group holding Director positions in Marketing and Business Development. Additionally, Ross also served on the Board of Women in Film Chicago for two years in both Treasurer and Sponsorship Chair roles.

“I am ecstatic to join Rise as the organization develops across the globe,” she says. “I wholeheartedly believe in the mission to ensure there is a diverse and gender balanced workforce across the broadcast technology industry in all roles. Great leaders empower others, and I cannot wait to get involved with growing our Rise chapter across the US and Canada to open up more opportunities for women in North America.”

During the ‘In Conversation With’ webinar, Ross and Harris will be hosting a conversation with Nasseri about MelroseINC, an eight-figure tech business, started as MelroseMAC, an Apple reseller in 2003, and has expanded into a robust IT services company.

“Sandy is an incredible inspiration to women in the technology industry and we are excited to have her kick-off the first in a series of ‘In Conversation With’ webinars for the Rise North American chapter,” says Harris. “As an exceptionally intelligent and driven woman in tech, we are very much looking forward to hearing her insights and expertise and sharing it with other women in the industry,” stated Harris.