Starting next year, Riot Games’ 2021 VALORANT Champions Tour will give aspiring pro players from all over the world the opportunity to build their stardom through a brand new series that will feature both regional and international competitions. 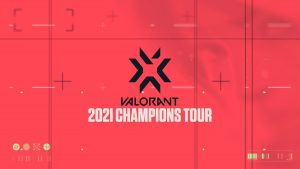 The Champions Tour’s expanded competition calendar will provide the framework for stars to rise and teams to make a name for themselves – on both the international and regional stages. Fans will get to see how their local talent stacks up against each other, and then how they measure up on the global stage.

As Riot plans the VALORANT Champions tour, the company received fan-submitted ideas, including an easy-to-follow calendar of events, open and merit-based qualifiers where teams earn their place on stage, and breaks for pros to help avoid burnout.

The initial founding partners committing to the VALORANT Champions Tour and the First Strike tournament will be Red Bull and Secretlab, both long-time supporters of esports operated by Riot Games and will play a vital role in growing VALORANT from its foundational years. Additionally, Red Bull has a history of developing unique community focused tournaments to elevate esports players like Red Bull Solo Q. More partners for the VALORANT Champions Tour will be announced throughout 2021.

The VALORANT Champions Tour will feature three levels of competition: Challengers, Masters, and Champions. Challengers will focus on regional competition and will be organized both by Riot and top-tier tournament partner operators, some of whom you’ve already seen running Ignition Series events and First Strike qualifiers. Masters events will be larger, taking place only three times a year, and feature teams who represent the best talent from their region. Finally and ultimately, Champions will be the apex of the season, a two-week long tournament with the top 16 teams from around the world in attendance, where one team will be crowned the first VALORANT global Champion. Let’s take a closer look.

Throughout the course of 2021, three stages consisting of Challengers and Masters events will provide teams with multiple chances to earn points and qualify into Champions. After each Masters event, there will be an event break, allowing pros and teams the opportunity to recharge and prevent burnout.

The season will kick off in late January with regional Challenger events across the globe. Each Challenger stage will consist of three tournaments and a final taking place over six weeks. Each tournament will feature eight teams who will earn their spots through open qualifiers. Teams that do well in Challenger tournaments will then qualify into Challenger Finals. The Challenger Final tournament will feature the best eight teams, and will award prizing and qualification slots into the next Masters event. While COVID-19 continues to impact international travel, Masters will be limited to regional events, similar to First Strike. During the stages where Masters tournaments remain regional, they will use the eight team format of Challenger Finals. Riot will continue to monitor the situation closely for a safe time to pivot the Masters events into international LANS as soon as possible.

International Masters events will feature global competition, and will include teams from all over the world. A total of 16 teams will battle for prizes and points that will count towards qualification into Champions, the end of year world championship. Additionally, the team who wins the last Masters event of the year will automatically earn qualification into Champions and an additional team slot at the event for their region. Specific details regarding the point distribution and prizing for Masters events will be shared at a later date.

After the third Masters event, a series of Last Chance Qualifiers will provide teams with one final chance to qualify into Champions. Four LCQ tournaments will take place, creating a gauntlet from which one team per continent will qualify into Champions. The season will conclude with Champions, Riot’s version of Worlds. A massive two-week long event which will feature the best 16 teams from around the globe.