Telos Alliance has launched its Axia iQs AES67 Mixing Console Software. iQs is the first soft console controlled by a full HTML-5 interface, allowing users to control a mix from anywhere, on any device — Mac, Windows, tablet, laptop, or even a smartphone. 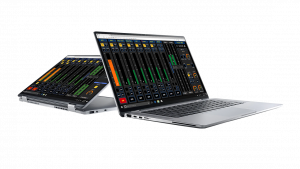 iQs can be deployed in two ways—on Telos Alliance’s AE-1000 server or a Docker container—to suit the broadcaster’s needs and comfort level. iQs gives broadcasters all the benefits of cloud deployment with the familiarity of the devices they use every day. If their device has a web browser, the broadcaster can control a mix with iQs. This opens up remote work possibilities, eliminating the cumbersome workflows required to remotely access a mixing console in other ways while making it easy for anyone, from the most seasoned radio engineer to the newbie, to use.

“It’s a brave new broadcast world where production can happen anywhere and at any time. iQs software runs on roads built by industries much larger than our own and gives broadcasters flexible options for deployment, including our new AE-1000 server and Docker container,” says Marty Sacks, Executive VP of Sales, Support, and Marketing for Telos Alliance. “All while giving you total control with a simple web browser, allowing broadcast engineers to ‘Studio Anywhere.’ ”

iQs offers new utility gained by transitioning to virtual, including:

iQs is one piece of Telos Alliance’s larger virtual picture. The company’s strategy is to build inclusive virtual platforms and collaborate with valued partners — like Dolby, Fraunhofer, Nautel, and others —to build out the virtual ecosystem, serving up audio specialization in tight packages for deployment via OEM, on-prem, off-prem, or the cloud.