Jackie Bradford, who is currently the President and General Manager for NBC4 Washington / WRC and Telemundo Washington / WZDC, has been named General Manager of NBC Sports Washington. In this expanded role, Bradford will oversee day-to-day operations of the network and will work closely with Monumental Sports and Entertainment. She retains oversight of the news, digital, sales, finance, marketing, community and tech/ops departments for the stations. Bradford will continue to report to Valari Staab, President, NBCUniversal Owned Television Stations, and will also report to Bill Bridgen, President, Group Leader for NBC Sports Regional Networks, for NBC Sports Washington matters. 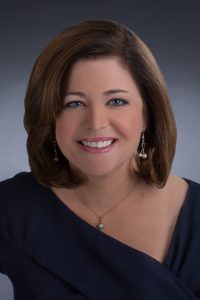 “Jackie is an exceptional leader. She is passionate about her staff and has worked hard to build a work culture that focuses on feedback, engagement and mentoring. Together with our station teams, Jackie has spearheaded the creation of the largest bilingual local newsroom in the market that is super serving area audiences in any language,” says Staab. “With Jackie at the helm of our RSN operation, she will work with all three teams to leverage the best of local news and local sports to create one of the strongest local news organizations in the D.C. market. Her business acumen and leadership qualities make her the perfect person to lead all three businesses.”

Bradford is a seasoned broadcast veteran. She has worked at NBCUniversal for two decades and has held finance and GM roles at NBC 7 / KNSD in San Diego and at WRC-TV, before being named President/GM of both WRC-TV and WZDC in 2018 and GM of the Telemundo stations in Raleigh and Richmond thereafter. In addition, she has worked at NBC News’ TODAY and Nightly News in finance roles. Prior to this, Bradford was part of General Electric’s prestigious Financial Management Program where she held various financial positions with GE Real Estate, GE Money and Corporate Treasury.

“We are pleased to have Jackie assume this key leadership role with NBC Sports Washington to drive our continued advancement in serving fans best-in-class multiplatform content and delivering value and innovation to our team and business partners,” said Bridgen. “She is an experienced and strategic media executive who has strong, established relationships throughout the Washington, D.C., community.”

In 2018, Broadcasting & Cable named Bradford “GM of the Year” for spearheading the launch of Telemundo Washington and creating the market’s largest bilingual newsroom that serves local audiences in any language and across multiple platforms.

Bradford is the Board Chair of Washington Tennis and Education Foundation and a Board Member for the Greater Washington Urban League. She earned a bachelor’s degree in Business from the University of Virginia.  She resides in Washington, D.C.