NESN unveiled a brand new studio space today that positions the network to have a fully optimized 4K HDR studio in preparation for the broadcast of 4K HDR games beginning with the 2021 Red Sox season. 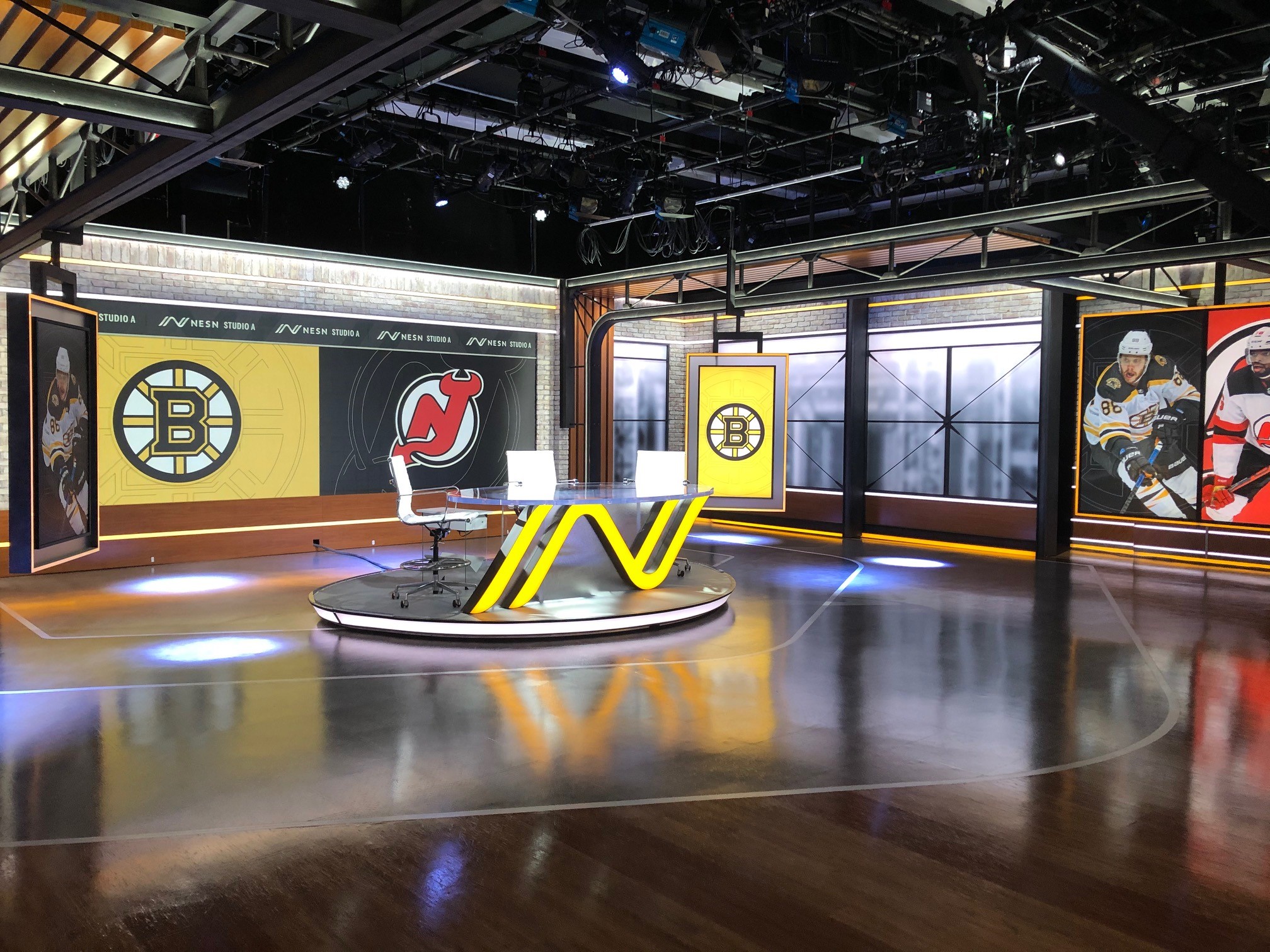 The 360-degree customizable studio space, designed in partnership with award-winning global brand experience agency Jack Morton Worldwide, integrates an aesthetic blending technology with natural materials to create an environment that is sleek and modern with layered integrations of the NESN logo.

The studio will make its broadcast debut ahead of puck drop for the Bruins’ season opener, during NESN’s Bruins pre-game show Bruins Face-Off Live at 6 p.m. on Jan. 14 .

NESN began the design and renovation plans on the 50’x50’ space in early 2020 to set the network up for a fully re-designed studio in 2021. The studio includes six LED monitors, two of which are 20’x7’ and 14’x7’and span the width of the space on opposite ends. In addition to the physical re-design, NESN recently upgraded technology in its Master Control and transitioned its satellite distribution platform to high performance hybrid fiber in preparation for shooting, producing and airing 4K HDR quality video.

“We are thrilled with the Bruins’ return to play and excited to debut our new 4K HDR studio for fan enjoyment in conjunction with the first game of the season,” says Sean McGrail, President & CEO of NESN. “The studio renovation is one of the final elements in our plan to deliver a 4K HDR broadcast in 2021. Continuing our tradition of being the first to introduce cutting edge technology, we are excited to bring New England fans closer than ever to the games they love.” 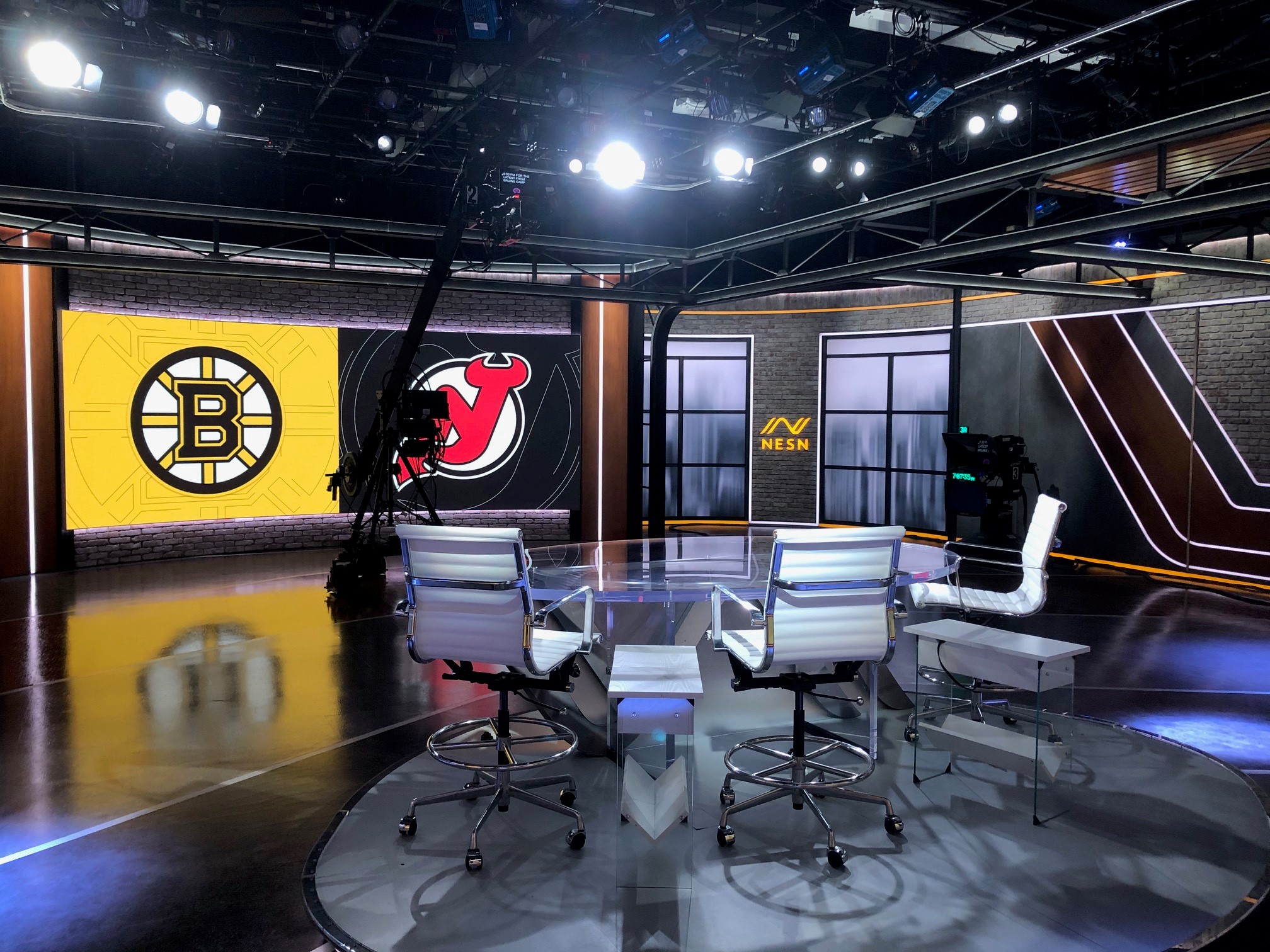 NESN partnered with a team of experts all around the country to work on the project including AV Design Services (AVDS) for technology, New York City Lights for lighting, and Propmasters for scenic fabrication and installation. Jack Morton Worldwide led the project in partnership with NESN.

“Flexibility was key when designing this multi-use studio. We wanted to promote the feeling of a modern, industrial loft with light-colored brick walls, steel beams, trusswork, and window views, while allowing multiple configurations to emphasize the depth of the set and to guide focus to the content on the monitor walls,” says Evan Hill, Designer at Jack Morton. “It was a pleasure to work the NESN team to bring this vision to life and give viewers a fresh backdrop to watch the latest sports stories and games, especially those that capture New England’s finest teams.”

Stay tuned to sportsvideo.org for more in-depth coverage of this story in the coming days.