This year’s Super Bowl Halftime Show, starring Grammy-winning artist The Weeknd, may forever be known as the performance that birthed a million memes, but, in live-video-production circles, it will also be remembered for taking significant steps in the evolution of live entertainment production.

The show, produced by Roc Nation and seen in more than 90 million U.S. homes, marked the first Super Bowl Halftime Show to deploy cinema cameras as part of its equipment arsenal. 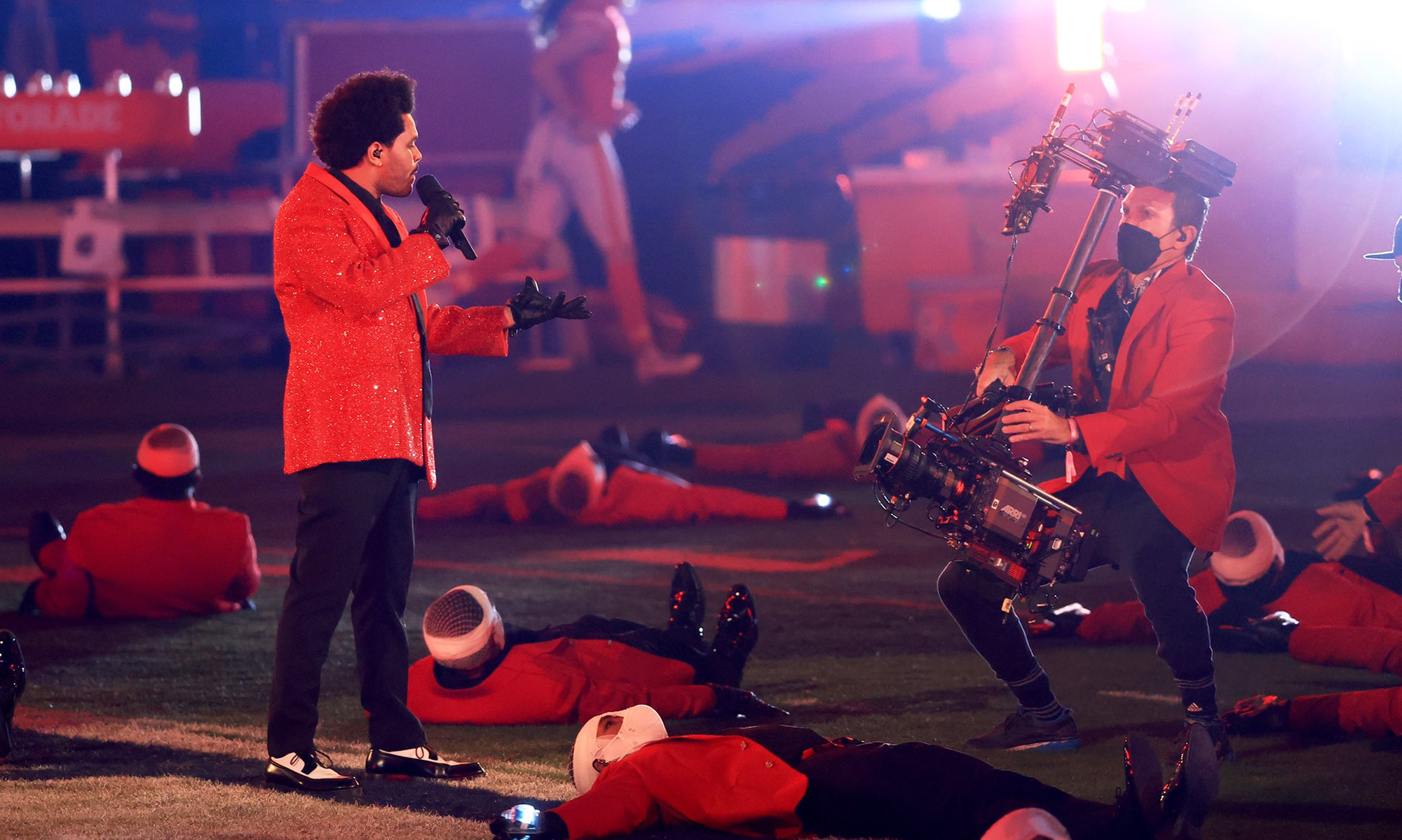 “It was a perfect storm of a lot of things,” says Morgan Kellum, VP, TV and Film, PRG, for whom this was his first Super Bowl Halftime. “Hamish has always been a big proponent of cinema cameras, and we’ve done a large number of concerts and live comedy shows using this system. We tried to keep it as simple as possible, and it just worked out pretty well.”

PRG is no stranger to supporting the Super Bowl Halftime Show, having supplied lighting in past years, but this marked the first time the company delivered camera and broadcast tech as well. And it made quite a splash.

This offers such benefits as super-35 depth of field and the sophisticated colorimetry and image processing provided by newer 35mm camera sensors/camera systems.

The system is camera-agnostic. On this show, the lineup of cameras included two ARRI AMIRA units and seven ARRI ALEXA Minis. One of the AMIRAs was on a Steadicam operated by Emmy Award-winning camera operator Toré Livia; one of the ALEXA Minis, used by Emmy-winning camera operator Jofre Rosero to shoot the memorable “Infinity Room,” was fitted with an Ultra Prime 8R fisheye lens on a handheld mini jib. It was that camera that captured many of the close-up shots of The Weeknd that became fodder for many of the memes flooding social media.

Also deployed were two RailCams (commonly seen in sports gliding along the sideline of the court during the NCAA Men’s Basketball Final Four), managed by technicians Rick Compeau, Johnny Harkins, and Brian Sheid).

35LIVE! provides several fiber camera-back systems for the 35mm sensor cameras with base-station receivers at the other end of SMPTE or alternative fiber. It also incorporates traditional cinema lens control for a focus puller with wireless Focus/Iris/Zoom control.

The advantage of this setup, according to PRG’s Kellum, is that the show crew is not tied to any one motion-camera manufacturer or model. He notes that the calibration process can be specific to the camera model, which is an advantage.

The technology behind the lens control was critical to the show’s success. PRG has developed a lens-control system with cmotion technology, allowing use of traditional hardwired Canon or Fujinon focus and zoom controls with 35mm motion-picture lenses with motors on rods. This was seen at the Super Bowl Halftime Show through the use of a pedestal camera (operated by Allen Merriweather). A pair of new Canon Cine Servo lenses (CN-E10x25, 25-250 lens) were utilized.