When South Florida camera operator and support company MTJIBS purchased their G1 SHOTOVER camera gimbal, they chose the system for its unique ability to provide steady shots at extremely high speeds. The rig’s ability to eliminate shakes and vibration is renowned across the industry. To operate to its full potential, however, it requires near-perfect balance during operation. 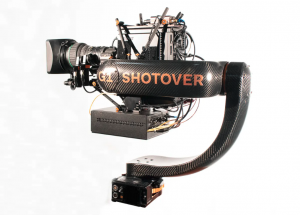 When MTJIBS first deployed their new G1, they connected multiple cables to the head unit: three for video, one for camera control and one for video. This restricted movement and compromised the system’s balance.

Soon after, the firm was tapped to operate their G1 at the prestigious Premios Juventud awards show for Univision. As the first live awards show in the COVID-era, nothing less than optimal-performance would do. They needed to engineer a solution for their balance issue – and fast.

Partnering with Nemal
Having worked with Nemal in the past, the MTJIBS team brought Nemal both their G1 system and the challenges they were facing with it. The Nemal engineering team worked with MTJIBS to design, engineer and manufacture an integrated fiber and connection system specifically for their rig.

The system they developed enables MTJIBS to take advantage of the G1’s unique slip rings. Now, a single fiber runs from the connection box to the head unit. There, the signals are transmitted through the individual motor enclosures, enabling the head to move freely, unencumbered by outside cables.

In the connection box, which began as a rough concept developed by Xavier Mercado at MTJIBS, the various camera control and video signals are mixed to run to and from the camera.

“It’s awesome because when you’re using stabilized heads you don’t want any wires. And Nemal converted everything we need for a broadcast shoot into one single fiber so we could use that feature to the max of its ability,” explains Mercado.

Delivering on a Deadline
The Nemal team custom fabricated both the cable and enclosure, incorporating all of the necessary components to equip the G1 with optimal stability for the highest level of performance. And they did it fast, without compromising quality in any aspect of the project.

This involved multiple rounds of testing – using MTJIBS’s actual camera and gear to ensure it would perform exactly as they needed it to, on the big night. 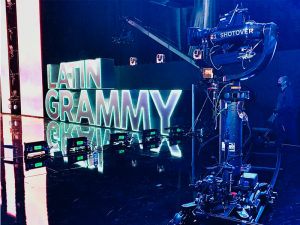 This speed and precision was made possible by the fact that Nemal is a uniquely comprehensive shop. Nemal can engineer the system, supply the connectors and the cables, and even machine the custom assembly box in the same place with the same group of people.

In fact, once the team started working with the box, they had it delivered within two weeks.

“I know we’re just a small client and they have massive companies they work with,” Mercado explains. “I appreciate the time they spent to engineer and manufacture our rig when they also had to deliver for their large clients working against the exact same deadline we were on.”

Ongoing Engineering and Improvements
Since the successful Premios Juventud event, MTJIBS and Nemal have further enhanced their system, creating assemblies for all three of MTJIBS’s G1s. They even up-fitted the design to eliminate the need for a harness cable.

Advancements like these are helping MTJIBS better deploy their advanced jibs, dollies and techno-cranes for shoots ranging from live TV and sporting events to reality series and feature films.

“We want to make it easy for production companies to work with us, they shouldn’t have to problem-solve – that’s what we do. With Nemal, we’re able to do that even better. We’re continuing to develop proprietary advancements to enhance and optimize our robotic and latest generation rigs,” says MTJIBS Founder Michael Taylor.

As the technology continues to advance, having a partner who’s innovative and understands both the industry and technology is essential.”