Back when the “Megalodon” – FOX Sports’ wireless sideline camera rig built from a Sony mirrorless camera and Ronin gimbal – first burst onto the scene in December, the network promised that it would work it into as many other of its sports properties as they could.

Since then, the device has been seen in the pits at the Daytona 500 and, now, on the pitch of Mexico’s top flight soccer league, Liga MX. 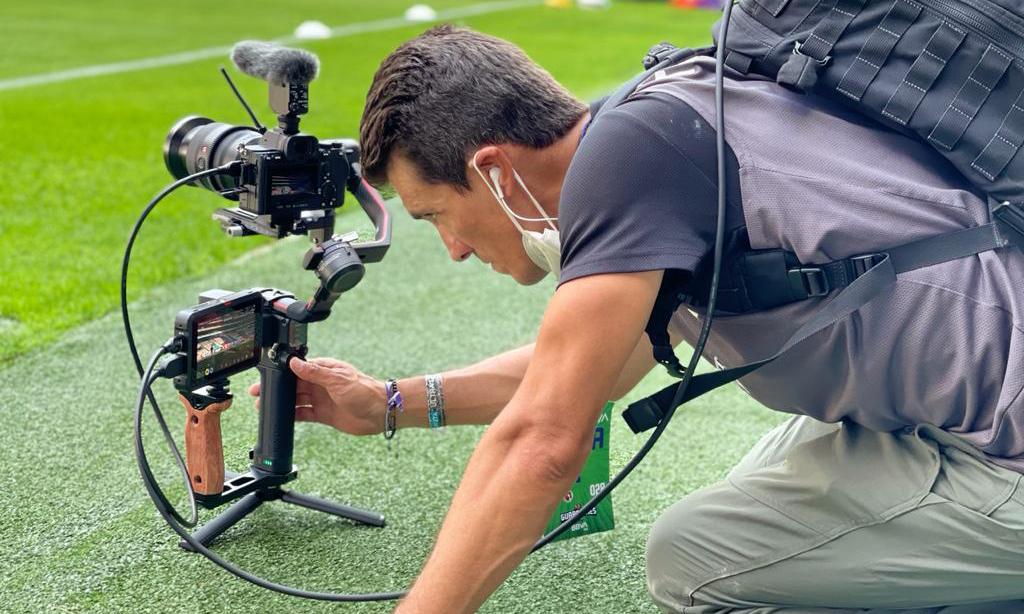 The Megalodon – Fox Deportes is branding it MegaFoxCam on their air – made its North American soccer debut last Sunday on the Monterrey-Tijuana match and was back in the mix again on Wednesday evening on the Tijuana-Club América match from the Estadio Caliente. The rig brought unique angles from pitch side of pregame intros, goal celebrations, corner kicks, and throw ins, shooting in a shallow depth of field that brings a unique feel to the visuals.

Not long after Megalodon made its debut three months ago, the team at FOX Deportes reached out to their colleagues in the FOX family to see how they could utilize the solution in their own productions. Liga MX was the natural fit as the Mexican soccer league is a premium property of domestic Spanish language audiences.

“I feel that I have a duty to try to always imitate the great things that FOX does at FOX Sports,” says Ruben Rocha, Director of Operations for FOX Deportes. “We try to follow Fox sports as a leader and show the Hispanic media that Fox Sports is a leader, too.”

The rig is the same that was used by FOX during the NFL season: a Sony a7R IV, a Sony FE 24-70mm f/2.8 GM lens, a Ronin-S handheld gimbal, and custom transmission solutions from CP Communications. The one unique nature of this show is that this is an “at-home” production for FOX Deportes. While there is a truck on-site producing the host feed of Liga MX matches, FOX Deportes made this angle exclusive to their production, meaning they needed to get the camera’s signal from site back to the network’s studio’s in Los Angles. In addition, they needed direct comms with the camera operator, which they established through the use of the Unity Intercom app.

Operating the camera for FOX Deportes is Pablo Rubio, who is primarily a still photographer of sports, concerts, and travel. Rocha and FOX Deportes ops team were fans of his work and recruited him to join the crew. He worked his first live sports television broadcast in the camera’s debut match on Sunday.

“I think we met the expectations,” says Rocha, who confirmed that FOX Deportes plans to continue to use the rig throughout the Liga MX season, which through early May. “There’s things that we can always improve, but I think Pablo did an excellent job for the first time doing this. He got some amazing footage.”