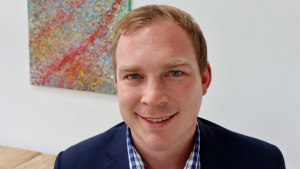 “During his time at Gravity Media, Blair has impressed everyone with his strong strategic thinking and business acumen,” says Ed Tischler, Managing Director of Gravity Media in EMEA. “He is an excellent communicator and has gained vast experience of live production that will prove invaluable in his new role. His promotion is certainly well-deserved. Though Peter is new to the business, we have known and relied on him as a supplier sales manager since UEFA Euro 2004. We are delighted that he has decided to come aboard – he brings a wealth of experience to the Gravity Media team.”

Having joined Gravity Media – then Input Media – over a decade ago as a producer, Wood will now oversee Business Development across the entire UK business, while also supporting the company’s offices throughout the rest of the EMEA region which include France, Qatar and Germany. His focus will be on bringing together key strengths from around the business and uncovering new opportunities for growth – particularly around remote production, digital content strategies and post-production facilities in drama and entertainment.

Wood’s career highlights at Gravity Media include overseeing the production team at Chelsea TV and producing BoxNation’s flagship chat show, Bunce’s Boxing Hour. He has also worked with UEFA and the FA, as well as on the 2014 and 2018 FIFA Football World Cups and the 2019 Women’s World Cup. Prior to joining Gravity Media, he was an established sports journalist working for Media Wales in Cardiff. 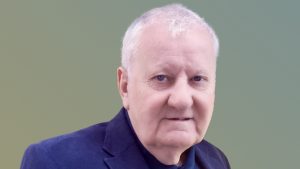 “I’m excited to continue delivering a cohesive approach to business development in EMEA,” says Wood. “As a team, we’ll be setting our sights on new client sectors that fall outside of our traditional relationships and long-term partnerships. It’s going to be an exciting challenge, and I look forward to leading the team in accomplishing our ambitious growth goals.”

Though new to Gravity Media, O’Connor is an experienced Regional Sales Manager in the broadcast media industry. Prior to his appointment, he spent over 25 years at Imagine Communications, building longstanding relationships with systems integration and live sports broadcast clients.

O’Connor will be responsible for finding new systems integration sales opportunities, as well as delivering a great experience for Gravity Media’s existing clients.

“It’s great to become part of Gravity Media – the company’s highly-positive worldwide reputation speaks for itself,” says O’Connor. “I look forward to working with Blair and the rest of the business development team to help deliver a top-tier experience for existing clients, as well as developing and growing the EMEA business.”