U.S. service members and honorably discharged Veterans worldwide will be able to stream NBCUniversal’s extensive coverage of the Tokyo Olympic and Paralympic Games from their personal devices and computers through ShopMyExchange.com. This marks the third time the Army & Air Force Exchange Service has worked with NBCUniversal on this effort, in partnership with local cable, satellite, dMVPD and telco providers. 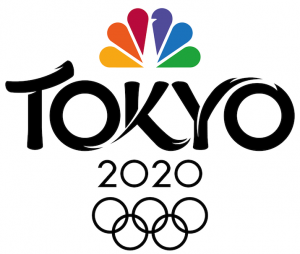 Through this arrangement, U.S. service members and honorably discharged Veterans worldwide can stream more than 5,500 hours of the Tokyo Olympics on NBCOlympics.com and the NBC Sports app, via authentication, including all 41 sports and 339 medal events on the Tokyo program, plus the Opening and Closing Ceremonies, medal ceremonies, and more. The unprecedented streaming coverage will include simul-streams of all NBCUniversal linear channels, including the NBC primetime show, as well as feeds from all competition sessions.

The agreement also includes access to NBCUniversal’s most ambitious commitment to the Paralympics, with nearly 1,000 hours of streaming coverage on NBCOlympics.com and the NBC Sports app, via authentication. Coverage will feature the top stories and moments of the Paralympics, as well as athlete profiles and interviews, with a special focus on the athletes of Team USA.

“The Exchange is honored to partner with Comcast NBCUniversal to deliver the Olympics to military members and their families, wherever they are called to serve,” says Tom Shull, Director/CEO of the Exchange. “Few events unify the world like the Olympic Games, and the Exchange is looking forward to helping service members cheer on Team USA.”

Service members can access NBCUniversal’s coverage from their computers or personal devices by visiting NBCOlympics.com or the NBC Sports app and choosing the Exchange as their service provider.

“When the world reunites for one of the most anticipated events of our lifetime, we’re excited to continue our relationship with our valued partners at the Exchange Service and military members globally,” says Carol Eggert, B.G., U.S. Army, Retired and Senior Vice President of Military and Veteran Affairs at Comcast NBCUniversal and Craig Robinson, Chief Diversity Officer, NBCUniversal said in a joint statement. “Like the athletes representing us in this year’s games, our service members inspire us every day.”