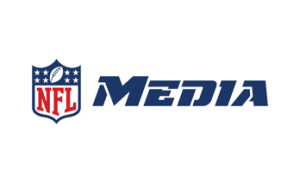 Ellis joins NFL Media as Vice President, Head of Entertainment and Initiatives, and reports to David Jurenka, Senior Vice President NFL Media and General Manager, Los Angeles. In her role, she leads a newly formed department focused on entertainment and League initiatives surrounding tentpole events such as Super Bowl, Kickoff, and the NFL Draft. Additionally, Ellis provides vision and leadership through development and execution to deliver best-in-class content, directs the production of content for League initiatives on all NFL and partner platforms, and works closely with several departments such as Events, Football Operations, Marketing, Social Responsibility, Business Development, Sponsorship, International, and Communications.

Prior to joining NFL Media, Ellis was most recently part of the leadership team that restructured Season 2 of Disney’s Emmy-winning syndicated daytime talk show, The Tamron Hall Show. Before joining the show, she spent 10 years producing high-profile national and international stories for ABC News, elevating to Executive Broadcast Producer for Good Morning America in 2017 and winning the Emmy for Outstanding Morning Show for two consecutive years. In 2019, Ellis founded TALENT/ED, which provides coaching and training programs for early and mid-career women and people of color in media, as well as consulting on editorial and content development for media companies. She holds a Bachelor of Arts in Communications from the University of California, Berkeley and a Master of Science in Journalism from Columbia University. She also studied International Politics at St. John’s University in Rome and is fluent in Italian.

Prior to joining NFL Media, Nunez spent 12 years with ESPN as the Head of Production for the network’s Los Angeles office, supporting the channel’s talent and major influencers. She joined ESPN after spending almost 10 years as a Producer for ABC News, covering domestic and international events. A proven leader with a reputation of delivering creativity, strategic planning and personalized coaching to her team, she was named a “Woman of Inspiration” by WISE Los Angeles, one of “The 30 Most Influential Hispanics in Sports” by Sports Illustrated, and one of “Los Angeles Most Influential Latina Journalists” by the California Chicano News Media Association (CCNMA). Nunez attended the University of California, Los Angeles where she studied Political Science and Government.

Cole joins NFL Media as Vice President, Media Operations and reports to Dave Shaw, Vice President, Head of Media Operations. In his role, he is accountable for the 24/7 management of technical operations of all NFL Media studio content produced on-site at the new facility in Inglewood, as well as the planning and execution of studio workflows and the proactive monitoring of on-going maintenance and care of NFL Media’s facility. Additionally, Cole drives the strategic leadership, direction and development of NFL Media’s studio operations.

Prior to joining NFL Media, Cole spent nearly eight years at Piksel Corporation, most recently serving as Senior Vice President – Global Business Development in which he maximized global partnerships to deliver a broad range of innovative video solutions across the media and entertainment industries. His previous work includes 20 years with ABC TV Network, most recently serving as Vice President – Broadcast Operations and Engineering, West Coast, and Vice President – Engineering for Discovery Communications for nearly five years prior to his time at ABC. He graduated from Howard University with a Bachelor of Science degree in Electrical Engineering.