Ferrari has partnered with Epic Games to bring more than 90 years of innovation and the dream of Italian racing excellence to Fortnite players using Unreal Engine. This collaboration is more than what meets the eye, building on Ferrari’s long-standing relationship with Epic Games as an early adopter of Unreal Engine for design visualization, virtual production, and its 296 GTB car configurator. 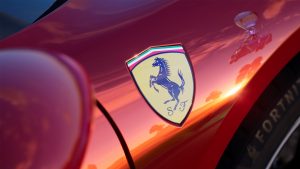 “The car featured in the game is built on the same source data and using the same Unreal Engine features as the 296 GTB in Ferrari’s own car configurator, and it’s this level of power and versatility which has led the automotive industry to put its trust in Unreal Engine,” says Francois Antoine, Director of Advanced Projects at Epic.

Unreal Engine is also a go-to platform for digital twins because it delivers the precision, quality, and fidelity that car manufacturers need when establishing ‘single source of truth’ digital vehicle assets. These models often live far beyond their initial design and engineering intent, and into many experiences in the real world and virtual worlds where cars are featured. And digital replicas — whether virtual doubles of cars, buildings, or entire cities — are essential building blocks of the Metaverse.

Want to see the physical twin of the 296 GTB in Fortnite? Check out this exclusive behind-the-scenes look at Ferrari’s use of Unreal Engine for virtual production, which empowers its creative team to film the marvel of modern engineering in an array of interactive settings that blend the real world with the virtual environment: 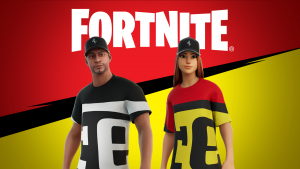 “This artistic and technical collaboration with Ferrari has been no small feat to bring the first realistic, experiential vehicle into Fortnite’s dynamic and scalable cross-platform multiplayer environment,” adds Antoine. “It’s been a fantastic way to continue to push towards our vision of the Metaverse by releasing a fully functional, gameplay-enabled, realistically rendered vehicle into the stylized world.”

Digital IP encompasses the representation of the physical model, car configurators, virtual showrooms, car launches, marketing assets, models for video games, and film. Once you have your digital IP in Unreal, it can go anywhere – games, animated entertainment, feature films, live installations, simulations, and beyond.