Univision has acquired a significant equity stake in Combate Global. The agreement goes into effect immediately. 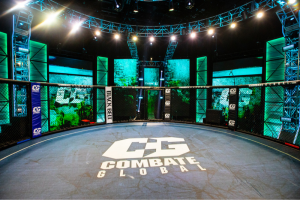 “Since teaming up in 2018 Univision and Combate Global have created an entirely new audience for MMA,” says Combate Global CEO Campbell McLaren. “Today, those content hungry fans, combined with our dynamic athletes, represent the future of the sport. This announcement underscores Univision’s commitment to Hispanic MMA and we could not be more excited to further strengthen our successful partnership with them.”

The transaction formally aligns Combate Global’s world-class talent and deep connection to the MMA community with Univision’s promotional and production capabilities, positioning the fight organization for international expansion. Today’s announcement comes on the heels of the companies’ recent five-year media rights deal that features 30 live television events airing annually – a total of 150 events – many of which will take place live from Univision’s studios in Miami, Florida.

“This investment marks the first step in Univision’s broader strategy to deliver more exciting, live combat sports to our audience,” says Juan Carlos Rodriguez, president of Sports Enterprises, Univision. “Combat sports rank as the second most popular sport among Hispanics. We’re excited to take our successful partnership to the next level as we collaborate with the Combate team to elevate the brand and bring compelling mixed martial arts content across the Univision platforms for years to come.”

Combate Global programming began airing live on Univision in 2018, when the company was known as “Combate Americas,” shifting the paradigm in the MMA business by pursuing a strategy to make the content as accessible as possible on Univision’s multi-platform ecosystem and becoming the only MMA sports franchise to be programmed on free-to-air, cable TV and digital platforms.

The property has averaged 425,000 Total Viewers 2+ viewers in the U.S in 2021 to-date on Univision, making it the highest-rated Spanish language program in its time slot. Additionally, Combate’s July 23rd event delivered 543,000 Total Viewers 2+, the second largest audience ever for the program and highest since 4/13/18. Meanwhile, 47% of the Combate audience is made up of the coveted Adults 18-49 demographic, the highest percentage among all MMA properties year to-date.