After a season of heavy REMI workflows, the iconic traveling pregame show is back on the road

If the past few months in the sports-television industry have reinforced anything, it’s that sports are better with fans.

That point’s obvious, but one would be hard pressed to find a sports-TV property more reliant on the energy of the crowd than ESPN’s Saturday-morning staple College GameDay. 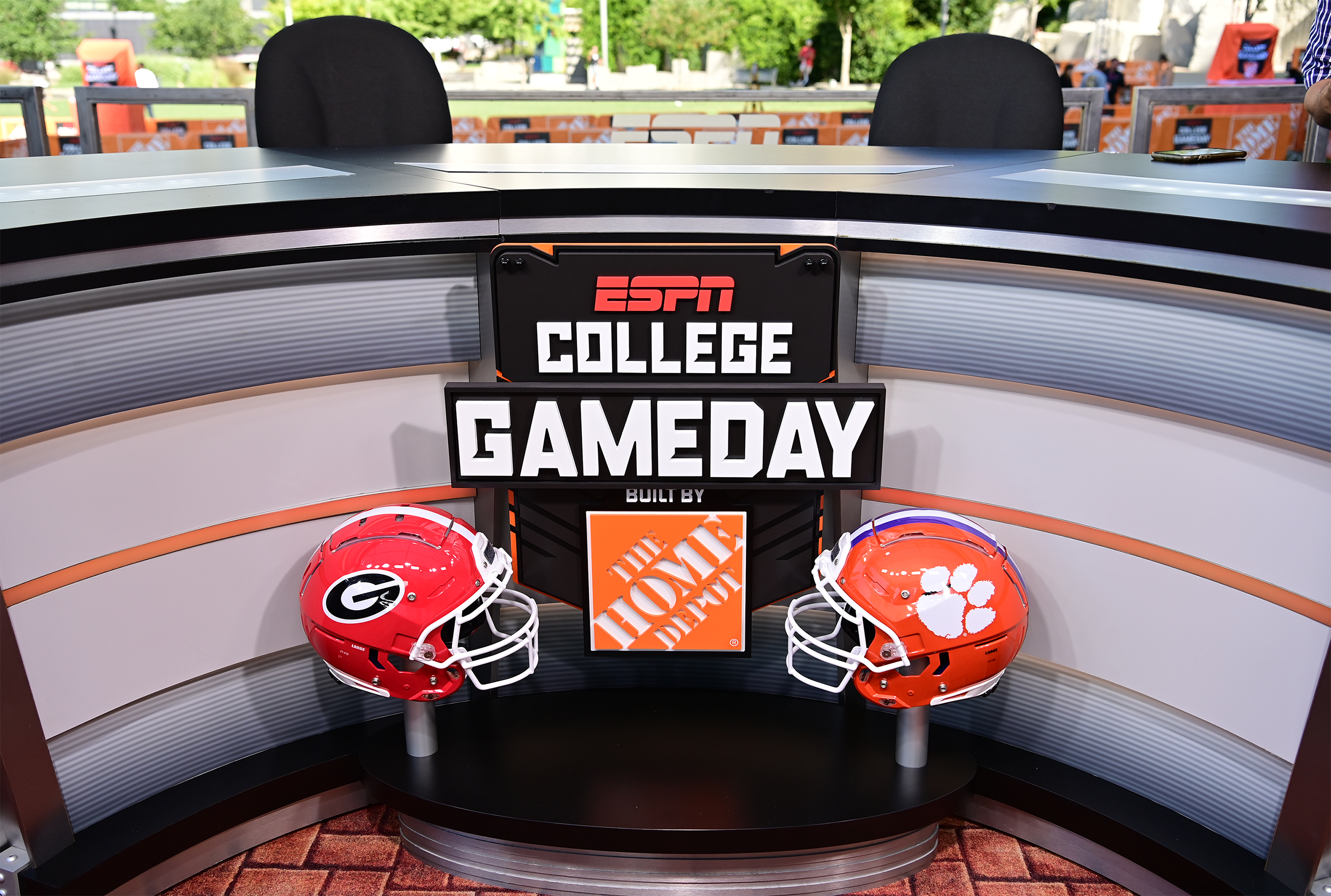 Last Saturday, College GameDay was in Charlotte, NC, for an early-season match between Georgia and Clemson. (Photo: Phil Ellsworth/ESPN Images)

The iconic traveling pregame show has returned this season with a full pit of fans and the entire production and operations crew back onsite after a 2020 season when many of the familiar faces worked from their respective homes.

This weekend, in particular, marks a special milestone for the show: after successive Saturdays in Atlanta and Charlotte, GameDay returns to a college campus for the first time since the pandemic. On Saturday, the show makes a stop in Ames, IA, for the day’s big interstate rivalry matchup between No. 10 Iowa and No. 9 Iowa State.

“It’s very exciting being able to work together again,” says Judi Weiss, senior remote operations producer, ESPN, who is in her 11th season working on College GameDay. “Last week [in Charlotte], to see the crowd and the activations and to have everyone excited was amazing. Our crew has always fed off the excitement of the fans, and having that back has given them a certain adrenalin and energy that you feel when you watch the show. It transcends itself into everything they do. It’s hard not to get excited about something when everyone is excited around you.”

WE CAN'T WAIT TO BE IN AMES ON SATURDAY!

Come join us on Reiman Plaza starting at 9 AM ET 📍 @HawkeyeFootball | @CycloneFB pic.twitter.com/25NejCU2Md

With all due respect to College GameDay’s appearance in West Point for Army-Navy last December (where a limited number of bubbled cadets and midshipmen gave the show a jolt of atmosphere), the College GameDay that viewers know and love with the big crowds, loud cheers, and creative signs hasn’t looked quite like this since the show visited the University of Minnesota toward the end of the 2019 season.

“To be onsite, walk around campus, get the vibe, and feel the energy of the crowd: it’s so important,” says Drew Gallagher, coordinating producer, College GameDay, who has enjoyed a 20+-year career at ESPN. “It helps us so much with the stories that we are covering and establishing a sense of place. We’re thrilled to have our production crew back onsite.” 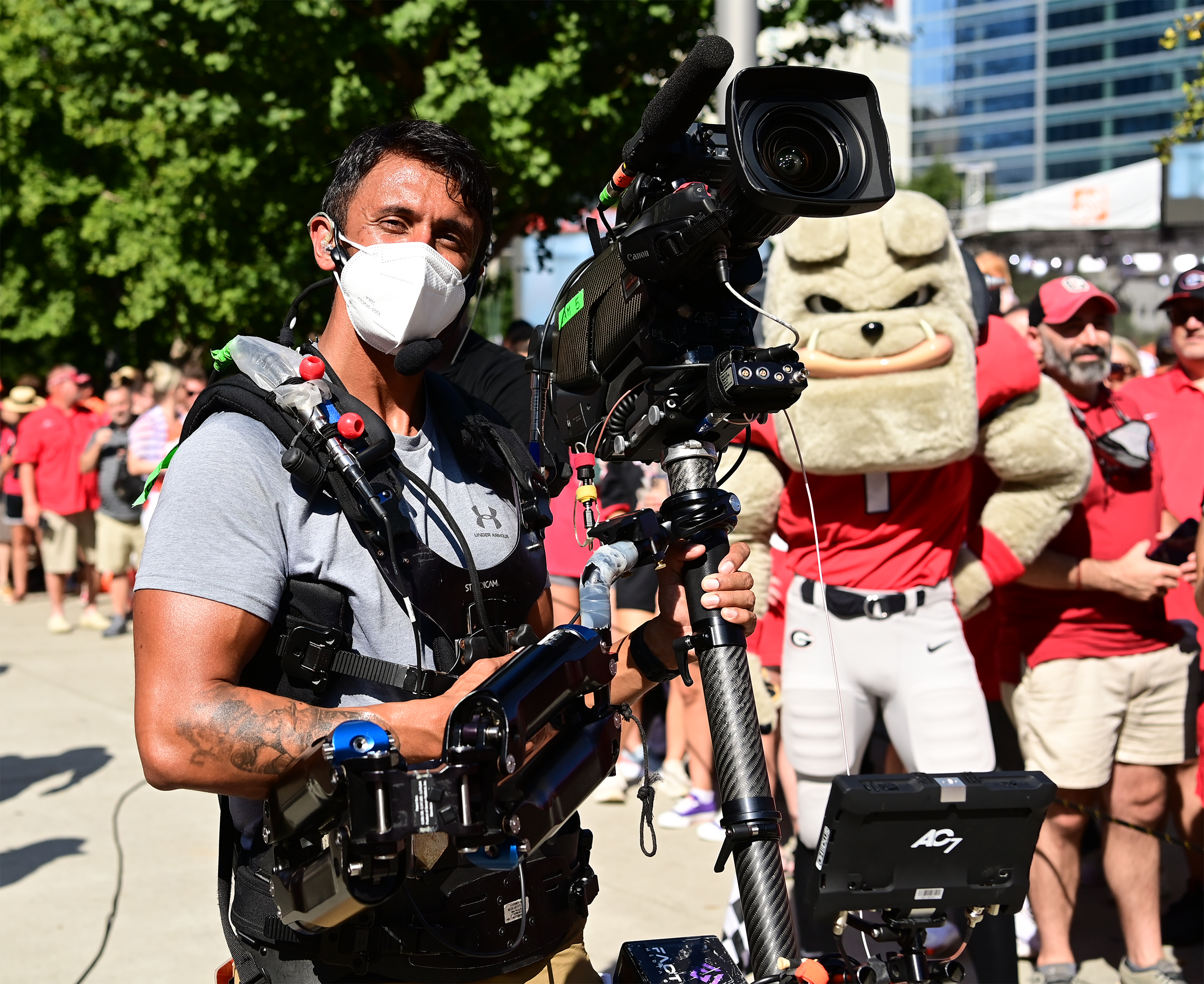 While the full return to site is the big headline, there are some new production elements for the 2021 campaign of College GameDay. The footprint sees the addition of a third stage, a Pizza Hut-sponsored shooting location outfitted with a new VERSA portable LED screen designed and built by ANC. It’s interactive for on-air talent and will be used largely for breakdowns and analysis.

The show has also upgraded its aerial-camera collection, switching its cabled camera from a two-point to a four-point SupraCam system. The show is also expecting to use its drone more this year. ESPN deploys its own drone, which is piloted by FAA and Disney-certified pilot Dave Smith, known affectionately on the crew as “’Bama Dave.”

In terms of lessons learned from the unique 2020 season, some projects that the crew was forced into a year ago will remain part of the crew’s operational plans and called upon when necessary. For example, Gallagher says, the College GameDay team learned a lot from using video-conferencing platforms like Zoom for conducting interviews. Although he notes that there’s a time and place for that method, it does offer more flexibility to bring a guest on when it’s not possible to send a full-fledged TV-production kit. 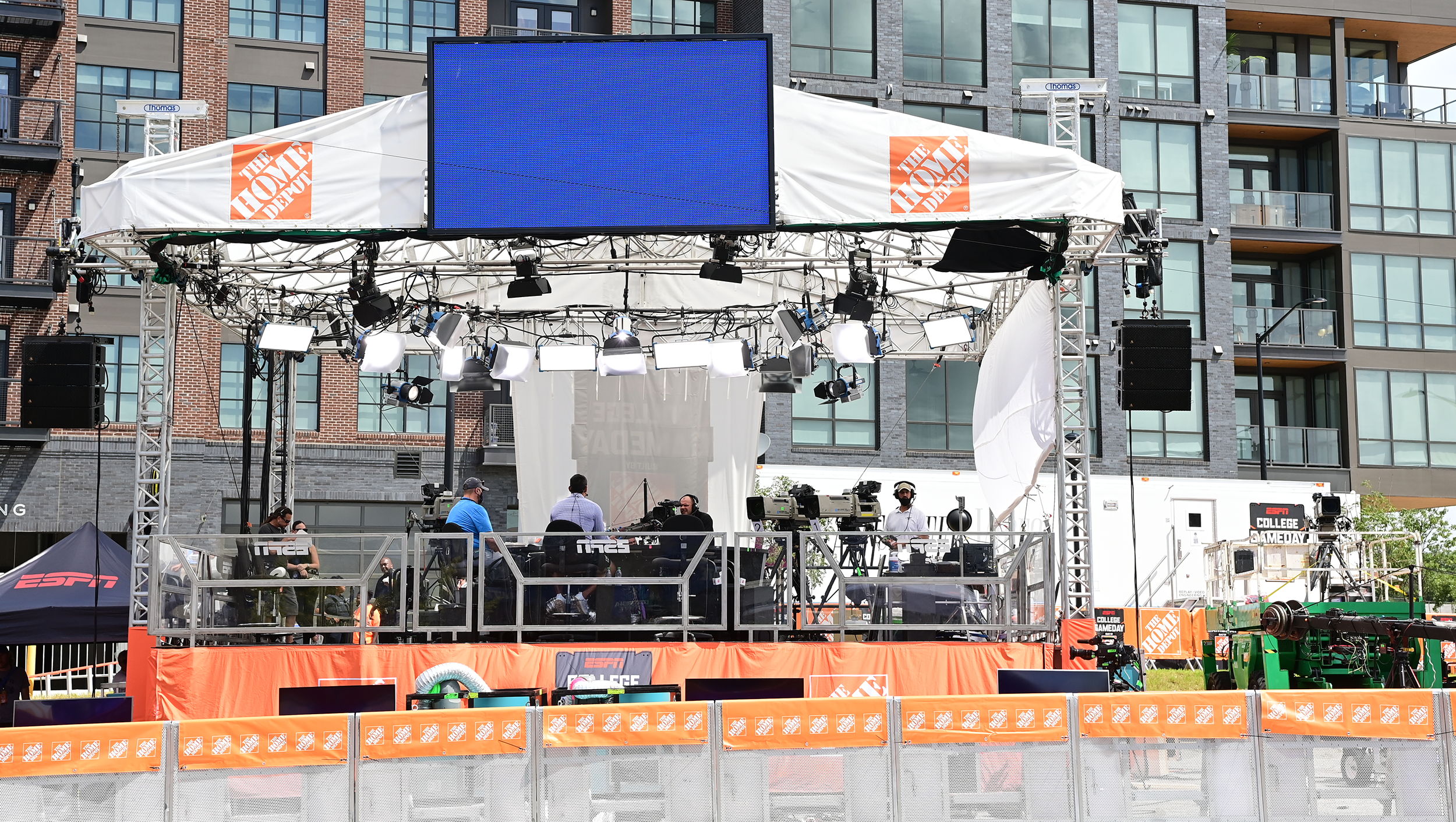 The College GameDay crew rehearses prior to the show’s Week 0 appearance in Atlanta. The set was outside Center Parc Stadium to celebrate the 2021 Cricket MEAC/SWAC Challenge Kickoff. (Photo: Scott Clarke/ESPN Images)

He notes a segment last