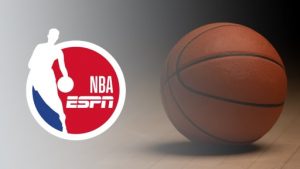 NBA Today will emanate from ESPN’s Los Angeles Production Center and will air Mondays through Fridays from 3-4 p.m. ET on ESPN and the ESPN App. The October 18 debut of the show will air on ESPN2. NBA Today will also travel to marquee NBA events, including the NBA Finals for on-site shows. The show will have a year-round presence on ESPN and exclusive content from NBA Today will be regularly available on ESPN social media platforms.

“NBA Today will provide in-depth, comprehensive daily coverage of all aspects of the NBA,” says David Roberts, ESPN Senior Vice President, NBA and Studio Production. “Malika, who is a phenomenally talented commentator, will run point on a show that will feature a vibrant cast of expert analysts who all offer distinct perspectives on the game. Through the contributions of our wide array of NBA reporters, the show will be both newsy and timely with an eye towards the biggest games around the league that day.”

Andrews joined ESPN prior to the 2018-19 NBA season as a Midwest region reporter, covering the Milwaukee Bucks and the Chicago Bulls. She pivoted to a more national reporting role prior to the 2019-20 season and became a key national voice documenting the “NBA Bubble.” Beyond her NBA Today role, Andrews will continue to serve as a sideline reporter for NBA live event coverage, while providing special reports and conducting exclusive interviews with key players.

“It’s an incredible time to cover the NBA – a league that is full of characters and stories that have resonance far beyond the sports world,” says Andrews. “Our goal every day is to deliver information and analysis to our viewers that can’t be gleaned anywhere else. I’m so excited to showcase the league and the talented reporters, analysts and insiders on our team.”

NBA Today replaces The Jump as ESPN’s daily NBA studio show. The final episode of The Jump is Friday, October 8.