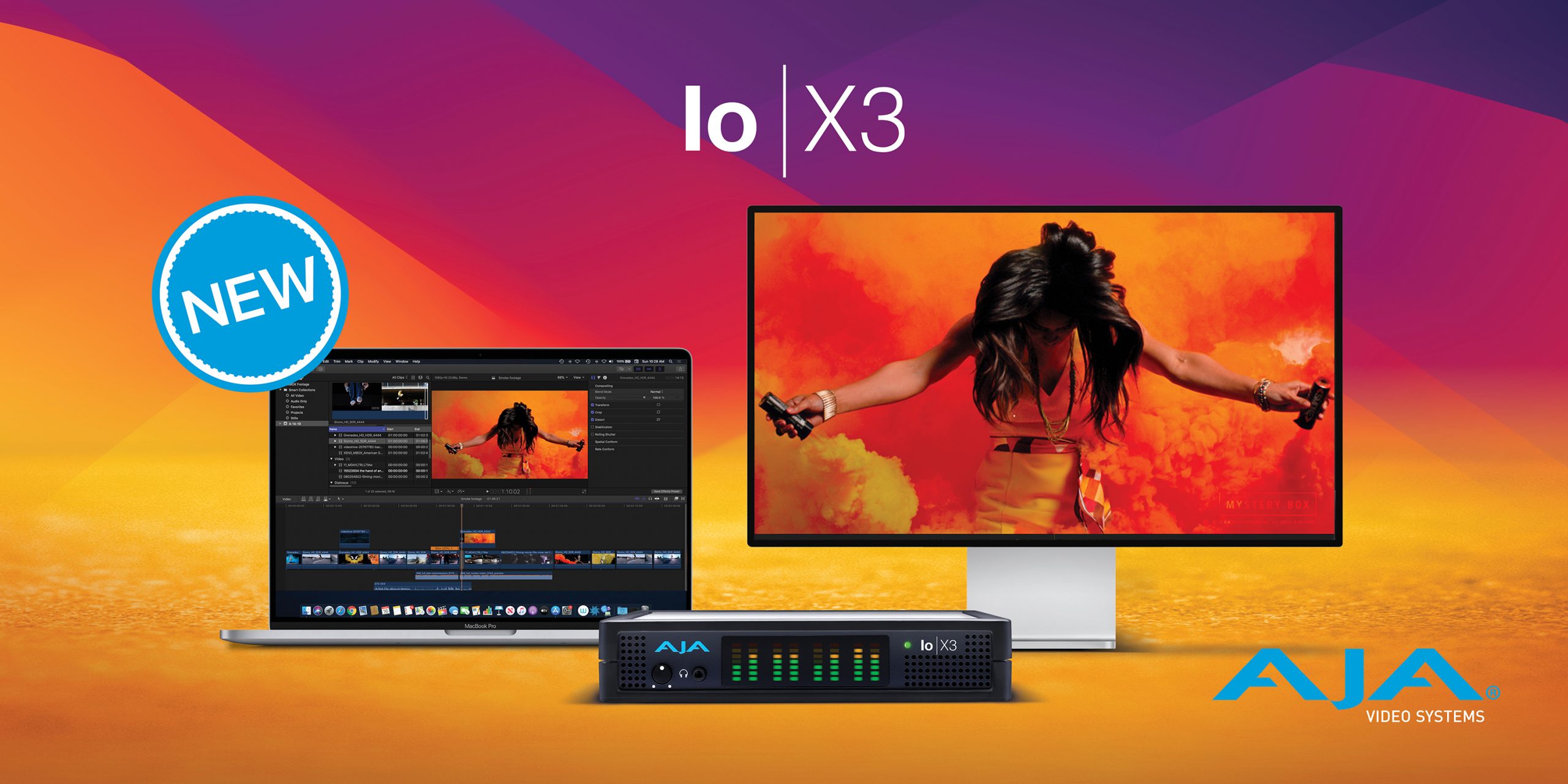 Whether working remotely, on-set, or in a studio, Io X3 provides a powerful mobile solution for single-, dual-, and multi-channel SDI workflows, offering pristine 2K/HD/SD I/O with HDR directly from any modern laptop or computer. Lightning fast, flexible, and whisper-quiet, Io X3 is an ideal capture and output device for a range of production environments, including high-end color grading, audio mixing, on-set monitoring, or playback, and remote editorial and VFX. With four independent inputs for workflows with OBS and Wirecast, together with simultaneous MultiView monitoring for each source, Io X3 is also a perfect fit for streaming workflows.

Io X3 features eight switchable analog audio ports, allowing users to shift between eight channels in or out, or split connectivity between four inputs and four outputs, in addition to a 3.5 analog audio connection to plug in headphones directly. Up to 16-channel audio is included on each SDI port, and 8-channels on HDMI. Compact and rackmountable, Io X3 devices can easily be placed side by side in a rack for studio, mobile truck, or video assist needs, allowing users to benefit from up to eight channels of up to 2K/HD/SD I/O in a 1RU.

Desktop Software v16.2 is available immediately as a free download from the AJA website and includes support for macOS Monterey and Windows 11. Once Desktop Software is installed on a system running OBS Studio v27.2 or later, select AJA devices will be immediately available for multi- or single-channel capture and switching up to 4K/UltraHD 30p and 2K/HD 60p. OBS Project core contributor Colin Edwards shared, “With the release of the new AJA plugin for OBS Studio, users have even more choices for integrating OBS into professional broadcast workflows. This plugin sets a new standard for reliability and customization when working with broadcast hardware. AJA has set an example for other hardware manufactures by open-sourcing their SDK and driver source code. We would like to thank the AJA engineers who have worked with us to make this happen.”

Desktop Software v16.2 also enables greater flexibility and more accurate, vivid 4K/UltraHD color workflows, courtesy of new 12-bit, 4:4:4, RGB firmware for KONA 5 and Corvid 44 12G, with support for a full 12-bit pipeline across capture to color space conversion and output. This functionality is backed by an upgrade to the .cube format for all 12-bit and 10-bit LUT capabilities, bringing greater compatibility between AJA hardware and third-party color and mastering applications. Workflow options with included AJA Control Room software are expanded through the addition of H.264 and H.265 capture and playback up to 2K/HD 60p, including Timecode and Closed Captioning support, and further provide seamless compatibility with mobile devices, PCs, and AJA Ki Pro GO media. This release also includes new deep memory buffer capabilities for Control Room to maintain steady and pristine playback in the event that storage or network bottlenecks interrupt the flow of data from storage to the video output host. With the introduction of Io X3, a new MultiView feature allows up to four incoming SDI sources to be monitored on a single external HDMI monitor, providing a confidence view for multi-channel workflows with OBS Studio and Telestream Wirecast.