All live programming that previously aired on the MAVTV Plus app including the Lucas Oil Late Model Dirt Series, finals of the Chili Bowl Nationals presented by General Tire, Lucas Oil Pro Motocross Championship, and more will be now hosted by FloSports under the “MAVTV on FloRacing” banner. FloRacing and MAVTV Plus will begin co-streaming MAVTV Plus programming to their respective subscribers starting today through midnight on Tuesday, July 26. On Wednesday, July 27, MAVTV Plus programming will be exclusively streamed through FloRacing. MAVTV Motorsports Network programming will still be available through cable television and select digital outlets with FloSports becoming MAVTV Plus’ dedicated direct-to-consumer live-streaming platform. 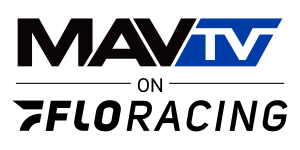 “We place enormous value on the fan experience; we want to give our customers the best viewing experience possible,” says Morgan Lucas, President of Lucas Oil. “MAVTV’s mission is to connect race fans to their favorite events – from anywhere. FloSports helps us deliver on that mission, giving subscribers the best support, technology, and access to the motorsports events they love. We are all-in and eager to build this partnership into the best motorsports streaming platform available.”

The alignment of these two titans of motorsports represents one of the most significant industry partnerships between two companies with a shared mission of delivering quality live programming and original content to racing fans who are passionate about a wide spectrum of motorsports. MAVTV has established itself as a producer of outstanding high-quality motorsports productions with a valuable and diverse suite of live events popular with fans. FloRacing operates one of the industry’s leading OTT products that features some of the best in live racing programming and production, combined with a deep editorial coverage of the sport. This partnership will deliver a powerhouse product to fans of motorsports that will stream over 2,000 events annually at an incredible value of under 10 cents a race and just $150 annually. MAVTV Plus subscribers will now have access to the entire FloRacing catalog of events.

“We’re incredibly excited to welcome MAVTV viewers from across the globe to FloSports,” says Mark Floreani, CEO and Co-Founder, FloSports. “Our platform will give current MAVTV Plus users access to all of our live and on-demand events including motorsports and so much more. With the first live MAVTV on FloRacing event streaming today, we aim to create a seamless viewing experience and ensure not a minute of a live event is missed.”

MAVTV will contact MAVTV Plus subscribers today with information about their accounts and instructions on how to subscribe to FloRacing to watch new, live MAVTV Plus programming moving forward.

The partnership with MAVTV boosts FloRacing’s comprehensive live motorsports offering with 750 additional hours of programming annually and creates an elevated streaming and customer-centric experience for MAVTV Plus viewers around the world.