Grass Valley is growing GV AMPP’s ability to seamlessly localize content, and the deeper integration with Singular.live will enable the AMPP platform for virtualized media production tools to prepare graphics in advance, or on the fly, from within AMPP’s GV Live Producer Interface. 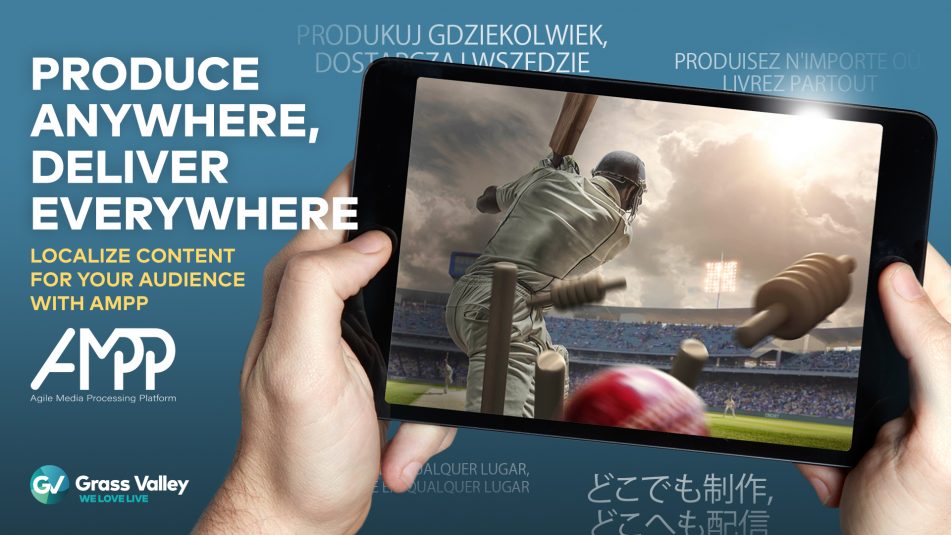 Using Singular’s On Device mode, graphics are rendered directly on the playback device. This means that graphics can have a different look and feel, or contain different information depending on the audience. By integrating with the media player, different graphics can be displayed by region, demographic, or preference.

“Adding Singular’s ability to render graphics right on the playback device opens up a level of graphics personalization that has never been seen before,” says Grass Valley’s Director of Alliances, Vitus Greifenegger, “Consumers watching a sports event can now see deeper data or custom graphics for their team or favorite player based on choice or geography.”

“Integrating the Singular solution into AMPP has greatly simplified getting our graphics on air.” Continues Singular.live’s CEO Andrew Heimbold. “The AMPP platform fits perfectly with our philosophy of implementing cloud-native, browser-based SAAS solutions for the media industry with no custom hardware.”