The traveling circus that is NBC Sports’ NASCAR production operation is coming off a big weekend in Indy: the Peacock’s coverage of the NASCAR-INDYCAR crossover weekend saw big ratings increases across the board. However, there’s no rest for the weary when it comes to motorsports coverage, and NBC’s production and ops teams are looking to ride the wave of Indy momentum throughout the rest of the NASCAR Cup Series regular season at Michigan, Richmond, Watkins Glen, and Daytona. 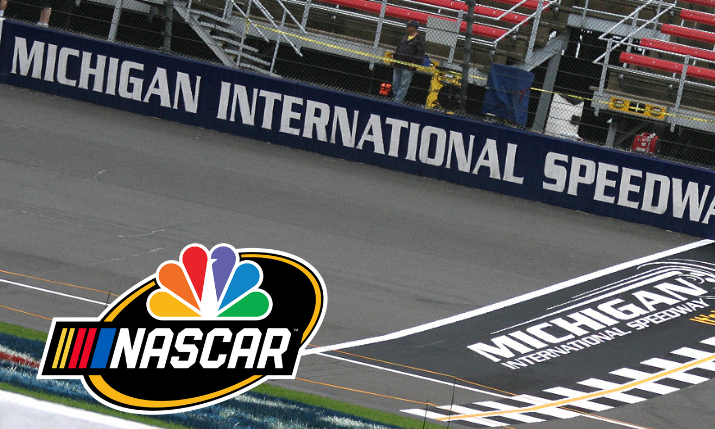 “We always love coming to Indy, and it’s very special because it’s the capital of racing,” says NBC Sports Production Manager Michelle Baker. “But the entire season is exciting and different for us because the schedule has changed a lot. Michigan is the fastest track we see all year, Richmond will be new for us this year, and then we’ll have BatCam and a lot of fun [technology] at Watkins Glen, which is later this year. Everything’s changing up, and it has been a lot of fun.”

Fully Back Onsite: 2020 Remote Season Is Firmly in the Rearview

During the pandemic-ravaged 2020 NASCAR season, NBC’s team was split in two: some at the track, others working remotely from Game Creek Video NBC Peacock parked at the Charlotte Motor Speedway for the entire 15-week season. The bulk of the crew was onsite for every event in 2021, but now NBC is fully back to its pre-pandemic onsite production presence.

“We are all onsite this year,” says NBC Sports Tech Manager Matt Hogencamp. “It is fantastic not only in terms of the transmission workflow; just being able to see everyone in the compound has been amazing. We certainly learned a lot in 2020 and 2021 and stretched the bounds of what we can do in transmission, but to be able to come back to what I would call a ‘normal’ workflow is absolutely awesome.”

Game Creek Video Peacock is once again in the compound for NBC’s NASCAR Cup Series season. Designed as a racing-package truck, it comprises Peacock A and B, an edit truck (providing extra room), and a truck for the robotic cameras.

“I think everyone’s appreciative to be back and working as a team here onsite — from technical to production to announcers and everyone else,” says Baker. “NASCAR [productions have] always been like a family, and that has just continued this season. It has also been great to work with all our partners and be back in person with all our friends again.”

Thanks to the work of BSI and NASCAR, NBC has doubled its complement of in-car cameras this year. Previously, NBC had access to four or five dual-path in-car cameras each week for its NASCAR Cup Series coverage. That was doubled to 10 dual-paths and 20 sources (depending on the week) this season with BSI’s new in-car system.

“I think having the capability of doing up to 20 cameras in cars each week has been a game-changer,” says Hogencamp. “It has added a whole new level to our broadcasts that we didn’t have before.”

To accommodate the additional sources, NBC has integrated two SimplyLive ViBox replay systems for recording and playback “as an alternate replay system,” he says, “primarily for our in-car cameras because we’ve been able to [increase] the amount of BSI in-car cameras coming to us from NASCAR this year. [Previously,] we were averaging four or five dual-paths, which was 10 sources a week. Now we are up to 10 dual-paths, meaning we have 20 sources coming from in-car [cameras].

“The big benefit of the [SimplyLive ViBox] replay systems is the functionality that gives us from an operator standpoint,” Hogencamp continues. “We’re now able to rack back all cameras at the same time, meaning we can access all 20 inputs at one location. We felt this was a cleaner and more affordable workflow [than our previous system]. Being able to incorporate something new like this gives us the opportunity to look at how we can incorporate that technology on other NBC properties.”

On larger productions like last week’s Verizon 200 at the Brickyard at the Indy Motor Speedway Road Course, NBC deploys more than 80 cameras. In addition to the additional in-car cameras, NBC has flown multiple drones this season (including two in Indy last week) and has also worked with Fletcher to upgrade its robotic-camera complement (15 were on hand in Indy last week) from Sony HDC-P1’s to Sony HDC P-31’s. In addition, it will deploy the BatCam cabled camera system at Watkins Glen later this month and, potentially, next month at Charlotte Motor Speedway.

“In 2020,” says Hogencamp, “we had to trim back on cameras because of transmission limitations and also wanted to be smart about how many people we had out on the road during those early days [of the pandemic]. We climbed our way back a lot last year, and now we are back at our 2019 levels, if not higher with 80-plus cameras a weekend, and we’re incorporating specialty [cameras] all over the place.”

NBC is also rolling out its Peacock Pit Box for 14 of its 20 NASCAR race weekends this season and is constantly looking for new ways to allow on-air talent to provide access to pit row and the track.

On the audio side, NBC is working with BSI to find new ways to mike drivers in the car. Currently, the team is in the testing phase with BSI’s new wave of transmitters and is using its arsenal of Toyota test cars to experiment.

“We’ve done a lot with the video over the past years of providing new looks and angles,” notes Hogencamp. “Now we want to incorporate new sounds. I can’t promise anything at this point, but we are working with our partners to add new technology that will provide sounds you’ve never heard before. We’re asking ourselves what does a bump draft sound like? What does a draft sound like when, all of a sudden, two cars are sharing the same airflow? We don’t know yet, but we are working on technology to see if we can find out.”