The Big Ten Conference officially announced its new media rights contracts with CBS, Fox and NBC today, which will total more than $8 billion over seven years, according to SportsBusiness Journal. The new agreements will run from the 2023-24 season through 2029-30 and will result in a robust Saturday lineup each week for the most-watched conference in college sports in 2021-22. The day will start with Fox’s Big Noon Saturday at noon ET, followed by CBS’s 3:30 p.m. ET marquee broadcast window, and then segue into primetime with NBC’s new Big Ten Saturday Night package. 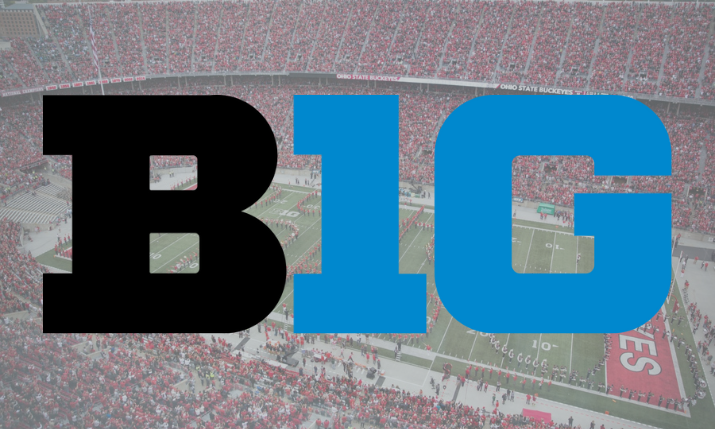 Notably, ESPN – a Big Ten rightsholder for the past four decades – will not be part of its media plans moving forward (though the network will continue to broadcast its current package of games for the 2022-23 season).

According to SBJ, Fox’s premier package will include 30-plus football games, while CBS and NBC will have 15-16 games each.
SBJ reports the deals are valued at over $1.1 billion per year – the most lucrative conference rights agreements in the history of college athletics and nearly tripling the current value of the Big Ten’s rights agreements.

FOX Sports will retain the premier media rights package with the Big Ten and, beginning 2023, the broadcaster will add additional football and men’s basketball games to its schedule across its family of networks while also upgrading its “Game of the Week” selections.

“We are proud to expand upon our long-standing partnership with the Big Ten Conference and further bolster our position as the premier rights holder of the conference,” says FOX Sports CEO and Executive Producer Eric Shanks. “Commissioner Warren’s leadership and vision have resulted in the growth and recent market expansion of the Big Ten Conference. In an ever-evolving landscape, the Big Ten remains the most storied collegiate athletic conference in the country.”

“Today we extend our long-standing media rights partnership with FOX to ensure that our fans will be delivered exciting Big Ten football, women’s and men’s basketball, Olympic sports, and creative conference storytelling across FOX, FS1 and BTN,” says Big Ten Conference Commissioner Kevin Warren. “We deeply value the special relationship that our conference has with the outstanding team at FOX Sports, specifically Eric Shanks, Mark Silverman and Larry Jones, who have consistently worked to strengthen and grow the Big Ten Conference brand across the nation.”

Fox will have an increased football game count across the FOX family of networks, as well as the ability to air premier football matchups in later windows with the addition of UCLA and USC to the Big Ten Conference – in addition to the network’s coveted Noon timeslot. Four of the next seven Big Ten football Championship games are set to air on FOX.

On the college hoops side, 200+ Men’s basketball games will air across the FOX family of networks each year under the new deal.

As part of CBS’s multiplatform rights agreement for football and basketball, every CBS game in the Big Ten package will air on the CBS Television Network and also stream live on Paramount+. With its SEC rights deal expiring after the 2023 season, CBS will present a marquee Big Ten football game every week in its traditional 3:30 p.m. ET time slot on Saturday, beginning with the 2024 season. CBS Sports’ Big Ten football coverage kicks off in 2023 with select games in various windows, while the SEC on CBS will remain in the 3:30 p.m. ET window in 2023.  In addition, the Big Ten Football Championship Game will air on CBS and stream live on Paramount+ in 2024 and 2028.

The new agreement extends CBS Sports’ 32-year partnership with the Big Ten for regular-season basketball, with an increased number of games on the schedule beginning with the 2024 season and continuing through the remainder of the deal. CBS Sports will present both the Men’s and Women’s Championship games each season, along with the Men’s semi-final games. The Big Ten on CBS is the highest-rated men’s regular-season college basketball package on television.

“The Big Ten has been a valued partner for more than three decades and we are thrilled to expand that relationship by adding Big Ten football to our portfolio of marquee properties,” says CBS Sports Chairman Sean McManus. “The combination of CBS Sports’ proven record in elevating college conferences to new heights, our standard of excellence and the strength and reach of Paramount Global’s linear and digital platforms, will create a powerful showcase for the Big Ten and its student-athletes. Together with Kevin Warren and the team at the Big Ten, we look forward to growing the conference to the highest of levels, reaching the widest audience.”

“The Big Ten Conference media rights agreements are more than just dollars and deals. They are a mechanism to provide stability and maximum exposure for our student-athletes, member institutions and partners during these uncertain times in collegiate athletics,” Warren says. “We are very grateful to our world-class media partners for recognizing the strength of the Big Ten Conference brand and providing the incredible resources we need for our student-athletes to compete at the very highest levels, and to achieve their academic and athletics goals.”

Under NBCUniversal’s Big Ten agreement, NBC and Peacock will become the exclusive home of Big Ten Saturday Night football, beginning in 2023. In addition, Peacock will also serve as the exclusive home for eight additional Big Ten Football games each season. Big Ten Saturday Night will mark the first time ever that Big Ten Football will have a dedicated weekly primetime game on a national broadcast network. NBC Sports will also present the 2026 Big Ten Football Championship Game on NBC and Peacock.

“We are incredibly excited to be partnering with Kevin Warren and the Big Ten Conference on this robust package of sports,” says NBC Sports Chairman Pete Bevacqua. “With Big Ten Saturday Night and Sunday Night Football headlining each fall weekend in primetime on NBC and Peacock, along with our historic Notre Dame Football partnership, NBC Sports will be the home of the premier games in college football and the NFL. In addition, with the rights to a wide range of Big Ten events, Peacock and NBC Sports will be a year-round destination for the best in college sports.”

“NBC and its direct-to-consumer streaming service Peacock will offer exciting ways to experience Big Ten sports and marquee events including watching Big Ten football on Saturdays in primetime,” says Warren. “Our entire conference is inspired about our new partnership. We look forward to working with their world-class team, specifically Jeff Shell, Mark Lazarus, Pete Bevacqua and Jon Miller as we begin a transformative era for our student-athletes, coaches, member institutions and fans.”

“This is a major investment in our NBC broadcast platform, which also strengthens our streaming service, Peacock,” says Mark Lazarus, Chairman, NBCUniversal Television and Streaming. “The Big Ten Conference is a powerful addition for both, and will deliver big and new audiences throughout the year.”