With a new NFL season under way, the content machine that is Bleacher Report has entered another peak season of engagement. To meet the moment, the Turner Sports (Warner Bros. Discovery Sports) digital-media giant — and its verticals B/R Gridiron (NFL) and B/R Betting (gambling) — have rolled out a growing portfolio of content series, including live shows streaming directly to the B/R App. 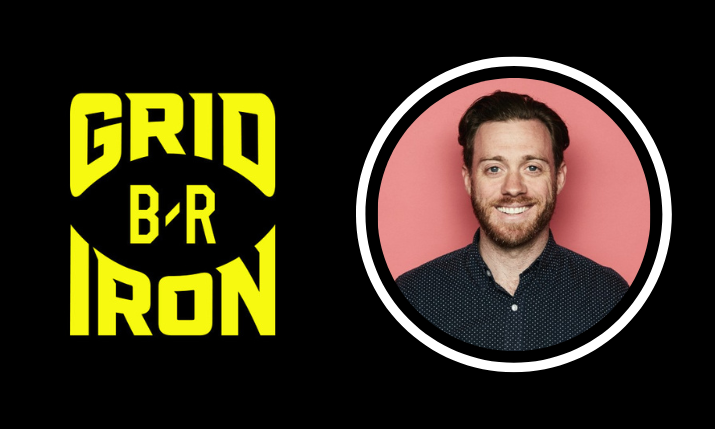 The live-programming week kicks off on Thursdays at 5 p.m. ET with B/R Gridiron’s weekly live fantasy-football stream and ends on Monday mornings (11 a.m.) with the Monday Reaction Stream, where talent discusses the 10 best things that happened during the weekend slate of games.

Other notable VOD series like Underrated and Gridiron Heights are back by popular demand as well, and SVG recently sat down to chat live content with Tyler Price, VP, content development and production, B/R. In his opinion, what makes it worth putting in the effort to go live and how has work done during the COVID shutdown impacted the flavors of content he and his team attempt to create?

For a brand and an app so built on social, VOD, notifications, etc., how do you decide that something is worth going live for?

It’s about meeting the conversation where it’s already happening in a lot of ways for us. We love live as a conversation vehicle. B/R Gridiron continues to be the most engaged football brand out there, and, candidly, that’s without NFL rights. I think we’re doing a really good job identifying and understanding the NFL audience.

There’s [three] hours of the game, and then you get [21] hours that surround it where the conversation is still continuing. We’re just trying to make an effort in the live space to meet that audience where they already are: postgame, pregame, in that fantasy window.

We’ll launch some previews around specific teams leading into games in a live stream. We offer a little bit of a therapy session with our postgame streams reacting to what you saw.

Then there’s the fantasy stuff. We’re going to experiment with timing on that. There are so many fantasy touch points now, and we feel like Thursdays are becoming that final frontier to prepare for the week.

We’ll start there, but we have an incredible amount of insight and information based on all the work we’ve done with VOD and social to help us say, ‘This is when our audience is the most active. This is when they are having the conversations already.” Then we’ll keep experimenting with live formats in those windows.

In addition to not having live NFL-game rights, Bleacher Report also doesn’t have its own fantasy platform, the way ESPN or Yahoo! does. Those brands are highly invested into driving signups and engagement in their games. In what ways does that differentiate you?

By the nature of the app and the audience that B/R Gridiron — and Bleacher Report overall — have cultivated: we don’t have the product, but we have community. We’re going to lean into that conversational connection with the community.

If you think about your text threads or your conversations around fantasy with your friends, you don’t need to be looking at your lineup to have that dialogue. We’re not effort-ing real-time changes. We want to effort a conversation amongst like-minded fans, around topics that are relevant to the fantasy audience. We’re going to lean into that conversational community element as a way to differentiate from what you would get on one of those sites that are pushing you towards product usage.

How are these live programs being produced? You have your offices in New York; there’s Turner’s facility in Atlanta; you have the ability to bring talent in from essentially anywhere. What’s the workflow?
Yes, our technical support lives in New York, but we are in a place now where a lot of talent is remote. We’re comfortable with bringing them in remotely. There’s connectivity between New York and Atlanta that [Bleacher Report Senior Director, Video Technical Operations,] Steve [Pellegrino] and [Turner Sports Director, Technical Operations,] Chris Brown have worked together to help us build out, [allowing] us to have, say, producers in Atlanta, our director in New York, a talent in Miami, all doing a show leading into a Dolphins game. We are perfectly comfortable and confident in that stream.

It gives us incredible flexibility, and, back to the community sense of it, it’s so much more authentic to bring in that Dolphins POV from a Miami resident, in Miami, than it is for us to spin up the B/R studios and convince Dolphin fans that this individual in the New York studio is legit.

The work that Steve’s team has done to build that kind of platform for us where we can bring in a lot of voices from all over lends itself to that community-building that we’re after.

Highlight clipping and notifications are something that B/R has always done extremely well, especially on nights when you’re doing live shows. How much are you balancing human editors with automation in those processes?
We have tools, like WSC Sports, that take our original feed, and producers basically can go in in real time and notate the moments of the live stream that they thought were most effective.

For example, when [talent broke] down the throwing motion of [Miami Dolphins quarterback] Tua [Tagovailoa], it was a really good moment from our host, it was 15 seconds, and Dolphins fans will be interested in that. Let’s notate that in the WSC feed, and then our programming team can go in, skip ahead to the moments that have been notated, clip those out, and repackage them specifically for each platform and subscriber base.

It’s a combo of some really smart tools and the human eye, as we scale these live [shows]. We’re obviously always looking for efficiencies, but no one knows our feeds like our programming team. We entrust them to get the best bits out there to keep up that best-in-class engagement.

When you look at how the B/R Gridiron brand has grown (the vertical launched prior to the start of the 2019 NFL season), how satisfied are you and the team with how it has found its legs and established a voice?
The first thing I would say is that we use B/R Gridiron as a [model] for how we can do this with other brands. [B/R Gridiron] has done an amazing job of creating a conversational narrative around a sport that doesn’t require the clip-in and highlights package. I think it’s a use case for us as we launch some of these other sub-brands.

We’re talking 67 million engagements in the last year [for B/R Gridiron] — just bonkers numbers. I think B/R Betting has drafted off that quite a bit. How do we take the learnings from Gridiron, apply them to the betting space to keep that conversational engagement in place? We balance all of those [brands] by amplifying those brands and the moments that are most relevant to them. B/R Gridiron takes the lead almost, while the [overall] B/R brand might be more in a support role around the NFL conversation. Same is true for [B/R Betting].

They’ve created their own identity and their own voice, and we feel like [the primary Bleacher Report accounts] are just there as a final support from the “national” standpoint.