Through a partnership with cloud/AI partner Microsoft, the mobile app is ready for a new season

Last week, the NBA made waves by officially launching a new mobile app in advance of the 2022-23 season. 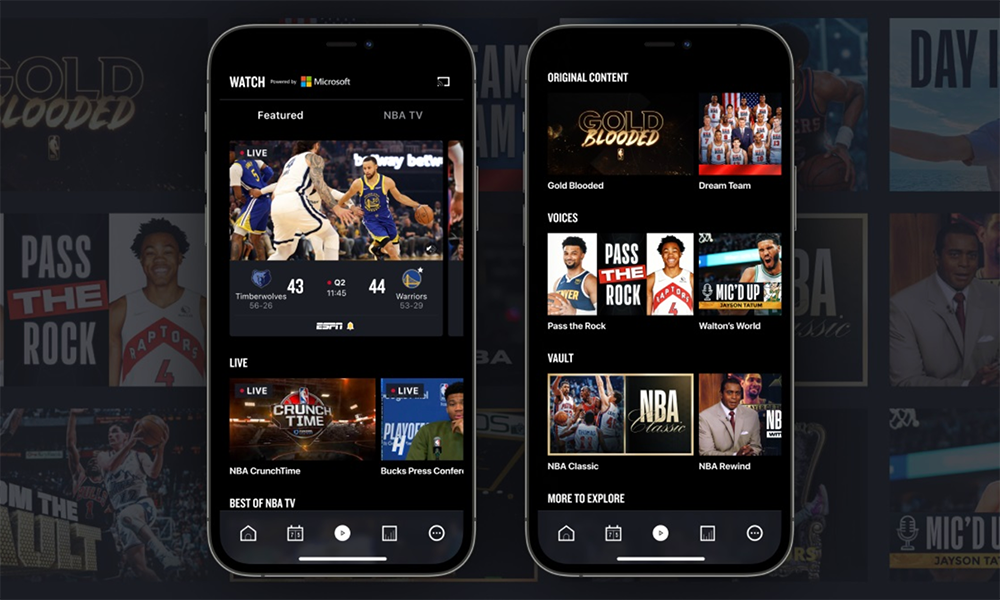 The NBA has launched an app developed with its cloud and AI partner Microsoft. (Images courtesy of the NBA)

“What makes this app unique in the sports world is that it’s both a deeply personalized experience and an all-in-one destination,” Chris Benyarko, EVP, direct-to-consumer, NBA, said in a case study on the app produced by Microsoft. “We think this platform makes it easy to be an NBA fan. It allows people to immerse themselves in what’s happening with the league. And there is much more to come.”

The league’s primary goal for the new app was to provide a smart, sleek, easy-to-use product jam-packed with content. They did so on the back of a cutting-edge cloud-based infrastructure that deploys data aggregation to better serve the user.

“All of the behind-the-scenes tooling that we’ve built to ensure that we have, operationally, a sound platform is [what I’m most excited about],” says Ken DeGennaro, SVP, media operations and technology, NBA. “All the telemetry and services we have around the technology, not just what the users are doing but how the technology is reacting. How we could measure that, how we could set up high availability, how we have people and processes in place to ensure that we have continuity of services.

“That is unseen by the fan,” he continues. “We would never want that to be seen by the fan, but that absolutely drives one of our core services: performance as a feature. That was core to us and what we wanted to accomplish. That performance is the quality, the speed, the uptime, and the availability.”

A key feature of the new app is the integration of NBA League Pass and a “story-style” feature that allows users to easily access live games via catch-up highlights before diving right into live game play. In addition, the app not only retains but amplifies all the alternative viewing options that the league has been tinkering with, including home and away feeds, Mobile View, NBABet Stream, and NBA Strategy Stream.

Several years ago, the NBA had multiple apps: one developed for the North American audience, another for international markets. Two years ago, the league accomplished one of its primary goals, consolidating its mobile experience into a single global app. Since then, the process shifted to working out a new app that leveraged cloud technologies, spotlighted the work being done on next-gen live broadcasts, and used advanced AI to track user behavior and better refine personalized content.

The NBA App — which is a product of NBA Digital, a joint partnership of the league and Turner Sports — was developed with the league’s cloud and AI partner Microsoft.

“We knew we needed a cloud and technology partner and were going to do soft-prem,” says DeGennaro. “We aren’t going to buy iron and hardware; that doesn’t make sense anymore. We knew we needed a strong engineering-support team as well and a shared vision. What we didn’t want to do was just another republish of linear streams. What we wanted to do was reimagine what the whole digital viewing experience was about. Microsoft very much shared that vision with us.” 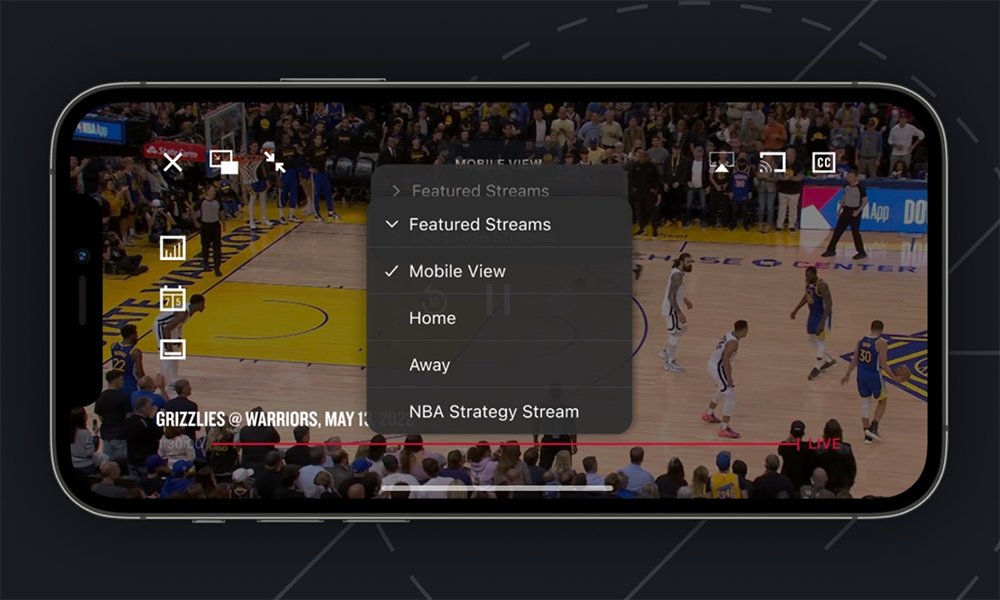 The NBA App integrates the league’s direct-to-consumer streaming service NBA League Pass. It includes all the alternative streams that the league produces.

DeGennaro also notes that the league wanted to work with a cloud vendor with a strong partner network. His team, he emphasizes, didn’t want to be building solutions to issues that the industry as a whole has already solved.

“There are a lot of things that the industry has solved over the last 15 years in the direct-to-consumer space,” he says, “and there were things that we didn’t want to invent. We want to focus on making it easy to be a basketball fan, easy to be an NBA fan. We wanted to focus on building out the personalized experience and utilize core services that the industry has established. It was our responsibility to pick best-in-class vendors as part of that Microsoft partner ecosystem and stitch them together in the best way for the NBA.”

In addition to the app, the NBA has launched NBA ID, a free global membership program that unlocks even more features and content in the app. For example, with NBA ID, users can watch all pre/postgame shows within NBA League Pass. The app’s official announcement says, “Throughout the season, NBA ID members will get access to new original content and fan favorites from the NBA vault. Additionally, there will be enhanced members-only experiences from NBA partners, ticket promotions, prizes through predictive and sweepstakes-style NBA Pick’Em fantasy games, voting campaigns, and other rewards.”

The NBA has billions of fans in hundreds of countries across the globe, and, through this partnership with Microsoft, the league believes it has unveiled a product that harnesses the wants and needs of its fans while delivering a monsoon of content curated just for them.

According to DeGennaro, it has been a rewarding experience being a part of the app’s creation. His advice for industry colleagues? Find strong, connected, and committed partners.

“Focus on improving the quality of your core domain,” he says. “Don’t build things that the industry has solved: there are core components, and there are enough vendors in this space to be able to deliver those services for you. Focus on the core services that serve you. For us, it was basketball and the personalization components. We feel that we know the sport; we know our content. We want to hear what our fans are telling us, and then we’ll push that back to them and continue to amplify that.”

The NBA App is free to download in the Apple App Store, Google Play, the Amazon App Store, and Roku.